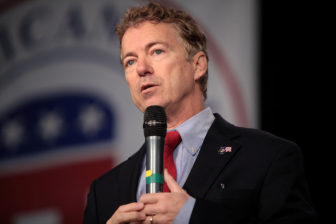 Not even 24 hours after the latest “repeal and replace” proposal ran out of steam, Sen. Rand Paul, R-Ky., ignited a new round of health policy speculation by predicting, during a cable news interview, impending Trump administration action on a longtime Republican go-to idea: association health plans.

“If [consumers] can join large groups, get protection and less expensive insurance … it will solve a lot of problems in the individual market,” Paul said last week on the MSNBC show “Morning Joe.”

Later, President Donald Trump told reporters that he would “probably be signing a very major executive order” that could affect “millions of people.”

But what does all of this mean?

While providing few details, Paul’s comments suggest the administration is considering changes to the rules surrounding these plans.

Under association health plans, small businesses can join associations — based on certain types of professional, trade or interest groups — that offer insurance to members.

Republicans for decades have favored such arrangements, seeing them as a way for small groups to get more clout with insurers.

As part of the effort to repeal the Affordable Care Act, GOP lawmakers this year tried, but failed, to pass legislation that would create new federally certified associations that could be sold across state lines with reduced state oversight.

Even so, these plans have always been controversial.

In the past, some had solvency problems and went bankrupt, leaving consumers on the hook with unpaid medical bills.

In several states, regulators investigated whether the plans were advertising that they had comprehensive coverage when, in fact, they provided little or no coverage for such things as chemotherapy or doctor office visits.

“They have history of fraud, of insolvency, of segmenting markets and there is often a loss of consumer protections,” said Kevin Lucia, a research professor at Georgetown’s Health Policy Institute.

The ACA answered some of those concerns by setting minimum standards for coverage on most insurance policies, including many association plans, which prevents them from skimping on such things as doctor visits or prescription drugs.

But their effect on the insurance marketplace remains a concern.

Some policy experts say that if eligibility for association plans is broadened — as Paul would like — or granted exemption from some of the ACA’s coverage rules, they might siphon off the healthiest consumers, which could drive up costs for other small-group or individual coverage.

“The bottom line is this could create an unlevel playing field,” with some insurers having to abide by all the rules and others being exempt, said Cori Uccello, a senior health fellow at the American Academy of Actuaries. The academy outlined its concerns about association plans in a white paper in February.

Still, Paul, who has long promoted association plans, said loosening the rules to allow more of them might find favor on both sides of the aisle.

Supporters say expanding association plan availability could offer lower-cost coverage — mainly if the Trump administration makes it easier for them to qualify as large-group plans. (Most association health plans are considered individual or small-group plans.)

That’s because many large-group plans are exempt from a number of the ACA’s consumer protections, such as offering coverage across 10 broad “essential” categories of care, including hospitalization, prescription drugs and emergency care.

Large-group plans also have more leeway in setting premiums, which can be based on the health of the group, which is barred under the ACA for individual and small-group plans. Associations that gain large-group status could therefore be less expensive if they are made up mainly of younger, healthier members. But such policies might also not cover services consumers find they need.

Currently, these arrangements have to prove their “bona fides” as associations in order to qualify for the large-group designation under a federal law that regulates employer-sponsored benefits, called the Employee Retirement Income Security Act. To do this, they must demonstrate that their members are employers with a common profession or interest.

Conversely, a group of people whose only commonality is they wear striped socks, or hunt or are sole proprietors would likely not qualify.

In the past, Paul complained that these groups had too many hurdles to meet.

And, last week, he said Trump could fix that through a “reinterpretation of existing law with a more expansive definition of who can form an association.”

And that’s when the speculation became frenzied — as some even hinted that the executive action — meaning it would be done without congressional action — could come as soon as this week.

In a statement Wednesday, America’s Health Insurance Plans said it looks forward to seeing the details on any proposal by Rand or the president. But it said the expansion of association plans raises some questions. Just like the association health plan idea, the concerns have been heard before.

“We need to be careful that the way in which [these plans] are used doesn’t create further instability in the market, increase premiums, eliminate consumer and patient protections, or increase opportunities for fraud and abuse,” the statement said.

This story was first published Oct. 6, 2017, by Kaiser Health News.