Washington – When the Affordable Care Act open enrollment period for health insurance begins on Wednesday, many individuals who buy their own policies will suffer sticker shock because of a sharp increase in premiums.

But the state’s large and small businesses are girding for higher premiums to cover their workers in 2018 too. And they and their employees will face tough choices.

According to the Connecticut Insurance Department, about 85 percent of Connecticut residents with health insurance are covered under large employer policies and another 8 percent in small group plans. Only about 7 percent of the state’s insured purchase health plans on the individual market, both on the state’s Affordable Care Act exchange, Access Health CT, and off of it.

The cost of employer-based health insurance policies have been on the rise for years with the highest cost in the Northeastern United States, where the average employer plan cost $11,609 last year.

According to United Benefits Advisors, an employee benefit consulting company that tracks more than 20,000 employer health plans, Connecticut had the highest employer plan premium increase of any state last year, an average of 24 percent or about $655 per policy, largely because of rising medical costs.

The trend toward more expensive plans will continue this year as all of Connecticut’s insurers have asked for — and most have been approved for — rate hikes for business coverage.

It also said self-funding, particularly among small groups, is on the rise. Self-insured companies take on the risk of covering their workers themselves, but often hire an insurer to process claims and payments.

While UBA said most employer health plans continue to be comprehensive —  at the Affordable Care Act’s premium gold and platinum metal level —  “in the future, we expect this to change since it will be more difficult to meet the ACA metal level requirements and still keep rates in check.”

The most popular large-group insurer in Connecticut is Anthem, which was allowed by the insurance department last week to raise its premiums by an average of 14.6 percent on its large-group policies in the state. Anthem had asked for a 16.4 percent increase, based on the impact of higher medical and drug costs and an increased demand for medical services.

The insurance department’s actuarial review of the application, “determined the company overestimated the impact of medical inflation or ‘trend,’” and pared down its rate hike request.

The second most popular large group health plan provider in the state, Aetna, requested an average 18 percent hike and was allowed to raise premiums by an average of 13 percent.

A third major player in the employer health care market, ConnectiCare, requested an overall rate increase of 5.9 percent. That request is still pending.

Ken Comeau, president of the Connecticut Business & Industry Association Service Corp., said the continued increase in the cost of covering workers “is going to continue to create challenges for employers, small employers in particular.”

“Plans have to be adjusted almost every year,” he said.

Yet Comeau said Connecticut employers, many of whom are mandated by the Affordable Care Act to cover their workers, plan to continue to do so.

“We aren’t seeing the extent of dropping coverage that we’re seeing in other parts of the country,” he said.

Under the Affordable Care Act, businesses that employ 50 or more full-time, or full-time-equivalent, employees must offer health insurance to their workers.  Employees who work 30 or more hours per week are considered full-time.

To qualify, a small business must have fewer than 25 full-time employees, pay average wages of less than $52,000 a year and pay at least half of an employee’s health insurance premium.

But many small businesses in Connecticut don’t qualify for a subsidy, and like larger companies, face an increase in premium costs next year.

Anthem, which insures 45,000 through its small business plans in Connecticut, was allowed by the Connecticut Insurance Department an average 25.4 percent premium increase for its small-group policies in 2018. 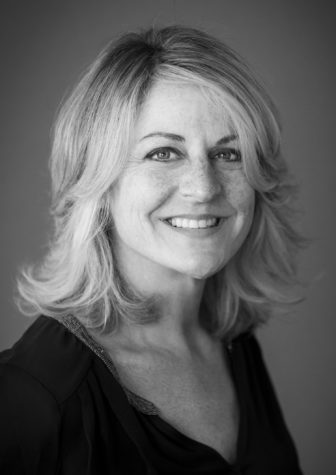 Anthem said medical inflation, as well as taxes and fees associated with the Affordable Care Act, including the reinstatement of the ACA’s Health Insurance Tax in 2018, drove up the cost of coverage.

ConnectiCare was allowed an 11.1 percent increase for small business policies sold off the exchange and 11.8 for policies sold through Access Health CT.

Small businesses are weighing the impact of those rate hikes.

Eileen O’Donnell, founder of a small marketing agency in New Haven, provides health care coverage for her 10 employees, paying 80 percent of the premium, a cost that ranges from $500 to $1,200 a month, depending on the employee.

She said her employees have struggled with the changes in the small business health insurance market, and she knows the cost of her Anthem policy will rise again next year.

“Not only do premiums continue to increase, but coverage decreases,” she said.

O’Donnell said providing good health coverage is a priority for her company, and she makes sure her employees are educated on the choices they have, changing plans from year to year if necessary.

“Each year we assess and try to provide the best possible option, and that may or not be Anthem next year,” O’Donnell said.