GOP, Dems collide over funding of health centers, HUSKY B 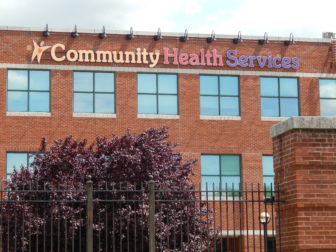 Washington – With scant support from Democrats, the U.S. House of Representatives on Friday approved a bill that would authorize new spending for a health care program that covers about 17,000 children in Connecticut, and for the state’s community health centers, which serve many uninsured and Medicaid patients.

But the bill, crafted by House Republicans, would fund the Children’s Health Insurance Program, known as CHIP — or HUSKY B in Connecticut — and community health centers by stripping money from an Affordable Care Act public health fund. That Public Health and Prevention Fund is used by the federal Centers for Disease Control and Prevention and state health departments for immunizations and screenings and to tackle a number of public health issues, ranging from diabetes to suicide.

The bill also would require the wealthy to pay more in Medicare taxes to raise additional money for CHIP. And it would shorten the “grace period” in the Affordable Care Act during which consumers can pay late health insurance premiums from 90 to 30 days.

Those provisions prompted most Democrats, including the entire Connecticut congressional delegation, to vote against the bill, which was approved 243-174.

Rep. Rosa DeLauro, D-3rd District, on the House floor Thursday pleaded with colleagues not to “play off” funding for public health and the CHIP program.

“Don’t be cruel. Don’t be inhumane,” DeLauro said. “Say ‘no’ to cuts that are going to hurt lives.”

Rep. John Larson, D-1st District, said he was disappointed that GOP leaders waited more than a month after funding for CHIP and the health centers expired to take action, and then put “poison pills” in the legislation.

“For the past 20 years CHIP funding has consistently been approved on a bipartisan basis,” Larson said. “The Republicans are playing politics with the lives of children and are harming our communities by making CHIP and community health center funding partisan.”

Rep. Joe Courtney, D-2nd District, said the bill “in the name of funding the Children’s Health Insurance Program, threatens the health insurance of 700,000 Americans and guts the Prevention and Public Health Funds that are at the front lines of disease prevention such as opioid addiction, Zika response, cancer screenings, and vaccination.”

He said GOP leaders “did not allow a single amendment to even be debated to improve this measure.” 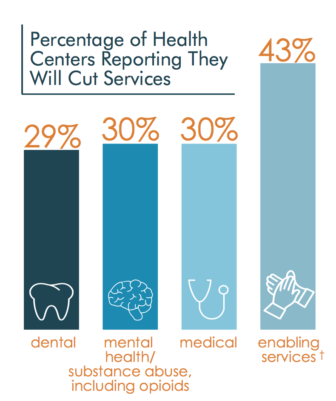 Health centers surveyed in September said they were acting because of uncertainty over federal grants.

“Sadly this process and the content of this bill tramples on the bipartisan tradition that goes back to the enactment of CHIP in the 1990s,” Courtney said. “Hopefully the Senate will rescue this program from this defective product.”

The Democratic backlash against the funding mechanism means the bill has little chance of approval in the Senate, and authority to fund the community health centers and CHIP, which ran out on Sept. 30, remains in limbo.

Connecticut has enough money to continue the HUSKY B program until February,

Funded largely by federal dollars – Connecticut’s share of the cost is only 12 percent – HUSKY B covers children whose families earn too much money to qualify for Medicaid, providing health care for children in families of four earning up to $79,458 a year.

A noncontroversial section of the Affordable Care Act created a special trust fund for community health centers, which serve more than 25 million people a year regardless of their ability to pay for their medical services. The money accounts for 70 percent of federal grant funding for community health centers, and that money — reauthorized in 2015 — expired at the end of September.

The 17 centers in the state receive about  $54 million in federal funding each year and 70 percent of that, or about $37 million, is at risk.

Deb Polun, a spokeswoman with the Community Health Centers of Connecticut, said the health centers have enough money to operate until the end of the year, but uncertainty over federal funding already has taken a toll.

“Because of the uncertainty, a lot of the health centers are having trouble acquiring lines of credit and stopped hiring personnel,” she said. “It’s already impacting the quality of care.”

The state’s community health centers treat more than 330,000 people a year, more than half of them Medicaid patients  About 45 percent of the centers’ patients are Hispanic and 23 percent are black.