A hospital-insurance fight, and ‘a dead zone’ of care 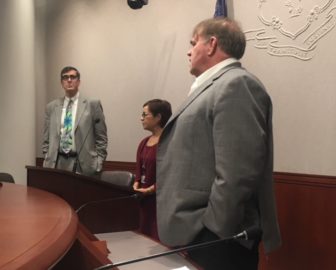 Consumer advocates said Thursday the impact of a prolonged contract dispute between the insurer Anthem Blue Cross & Blue Shield and Hartford HealthCare, has been exacerbated by the rapid consolidation of hospitals, physician groups and clinics in Connecticut.

The dispute leaves Anthem customers in a broad swath of eastern Connecticut unable to get covered care at regional hospitals, Backus in Norwich, Windham in Willimantic and Natchaug in Mansfield, and urgent-care-center networks now affiliated with Hartford HealthCare, the parent of Hartford Hospital.

“This has created a dead zone for people,” said Ted Doolittle, the state healthcare advocate.

Doolittle, Frances G. Padilla of the Universal Health Care Foundation of Connecticut and Tom Swan of the Connecticut Citizen Action Group called on Anthem and Hartford HealthCare to submit to immediate mediation and the General Assembly to give state officials greater authority to intervene in insurer-provider disputes.

“This situation exemplifies the danger of the corporatization of health care and the urgency to update our state’s regulatory framework,” said Swan, the executive director of CCAG.

Padilla, the president of the health care foundation, said the legislature should consider bills proposed twice in recent years that would subject hospital-insurer disputes to mediation.

“Patients are caught in the middle between these two big institutions,” she said.

Anthem has agreed to non-binding mediation. Hartford HealthCare has not.

“We share the state health advocate’s concerns about the disruption this negotiation has had on HHC patients and Anthem members,” said Sarah Yeager of Anthem. “That is exactly why Anthem remains willing and eager to immediately reinstate the terms of the previous contract with HHC while negotiations continue.  Anthem has made this offer to HHC multiple times in order to help minimize disruptions in patient care.

Sean Mawhiney, a spokesman for Hartford HealthCare, said the hospital group made a counteroffer Monday to Anthem and is awaiting a reply.

Other members of Hartford HealthCare include Midstate Medical Center in Meriden and the Hospital of Central Connecticut in New Britain. An affiliation with Charlotte Hungerford Hospital in Torrington, which serves a population of 100,000 in northwestern Connecticut, was approved Thursday by the state Office of Health Care Access.

Charlotte Hungerford has its own contracts with Anthem and other isurers and will not be affected by the dispute with Hartford HealthCare.