“Career politician” was the go-to insult for most of the Republicans attending the first of five gubernatorial forums the state GOP is holding, one every month in a different congressional district until the state nominating convention in May. Gov. Dannel P. Malloy’s name came up a few times. President Donald J. Trump’s did not.

No one asked, but former Trumbull First Selectman Tim Herbst volunteered that if elected governor he would ask the General Assembly to reinstate capital punishment and end the release of inmates before completion of sentence, a position that would reverse decades of correction policies across the U.S.

Herbst and Peter Lumaj each displayed more than a working knowledge of the dynamics of a crowded statewide Republican primary: Leaning right never hurts. Both were statewide nominees in 2014: Herbst for treasurer, Lumaj for secretary of the state. On Wednesday, they made strong appeals to gun owners and other conservatives.

“Be proud that you’re Republicans. Stand by your principles,” Lumaj said, his tone suggesting he doesn’t believe everyone on stage shared his sentiment. “I’m a Republican, conservative, and I’m proud of it.”

Herbst took a hard line against gun control, questioning the need and effectiveness of the law Connecticut passed in response to the Newtown school massacre, which banned certain military-style weapons and large-capacity magazines and imposed stricter background checks.

He declined to say if he would support a ban on bump stocks, a device that can allow a shooter to fire a semiautomatic nearly as quickly as a machine gun. Police say a bump stock was used in the Las Vegas mass shooting.

“I support the Second Amendment to the Constitution of the United States. I am a gun owner. I have a permit,” Herbst said.

Lumaj, who also says he has a permit to carry a firearm, called the Second Amendment “a natural right, a God-given right.”

Most of the others said they supported the Second Amendment, but were open to reasonable regulation as allowed by the U.S. Supreme Court.

Eleven contenders, a mix of declared and exploratory candidates, met the criteria set by the GOP for participating in the forum: Raising at least $75,000. Seven accepted and four declined. 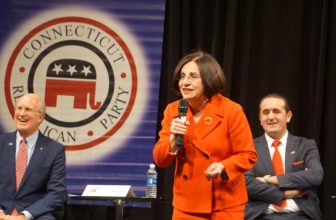 Danbury Mayor Mark Boughton, Shelton Mayor Mark Lauretti and two newcomers to politics, Bob Stefanowski and David Stemmerman, declined to participate. Stefanowski, who outlined a plan Monday for the state to eliminate the income tax over eight years, was ridiculed as promising what cannot be delivered.

“That does not pass the straight-face test,” Walker said.

“We have a spending problem, not a revenue problem,” Handler said. “The first order of business must be to limit expenses.”

They spoke before a crowd estimated by Republican State Chairman J.R. Romano at more than 300. About 200 had responded to invitations sent to activists via email and social media, and Romano speculated that a fair number were potential delegates to the nominating convention. The next forum is in early January.

All seven said that Connecticut, which is facing a projected deficit of $207 million, has a problem of spending too much, not taking in too little. No one offered details about how they would accomplish what the legislature could not with its bipartisan budget, namely identify services they would discontinue.

Most spoke about the need to invest in the state’s transportation infrastructure as vital to its economic competitiveness. None offered a suggestion on how to replenish a fast-depleting special transportation fund, threatening to halt planning on major projects.

A question about their positions on legalizing marijuana drew unprompted admissions from several that they never had tried it. Lumaj took a Libertarian view, saying he did not oppose legalization — as long as it was not done as a revenue-raising ploy. 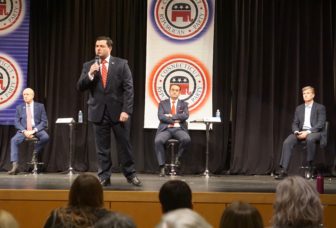 “I went to the Naval Academy and served in the Navy for five years, so I can’t say I was a big user of marijuana. Actually, I never used it,” Obsitnik said, smiling. But he said he was open to an evidence-based discussion about legalization, though it was not high on his list of priorities for Connecticut.

“For the record, I do not and have not used marijuana,” Walker said. “I’m shocked at how many times I get questions about marijuana.” He said he preferred to talk about the state’s bigger addictions: “deficits and debt.”

Srinivasan and Boucher are opposed to legalization, and both voted against the law allowing cannabis for medical use.

Most of the candidates had an open mind on casino expansion. MGM Resorts International will ask the legislature next year to consider its plan for a casino resort in Bridgeport.

Boucher said Bridgeport deserves to “decide on their own which way they wish to go with this.”

Herbst said he opposes any casino expansion that jeopardizes jobs elsewhere in the state, meaning the two tribal casinos of eastern Connecticut.

Obsitnik said if a major company wants to invest and bring jobs to the state, “It’s their right to do it.” 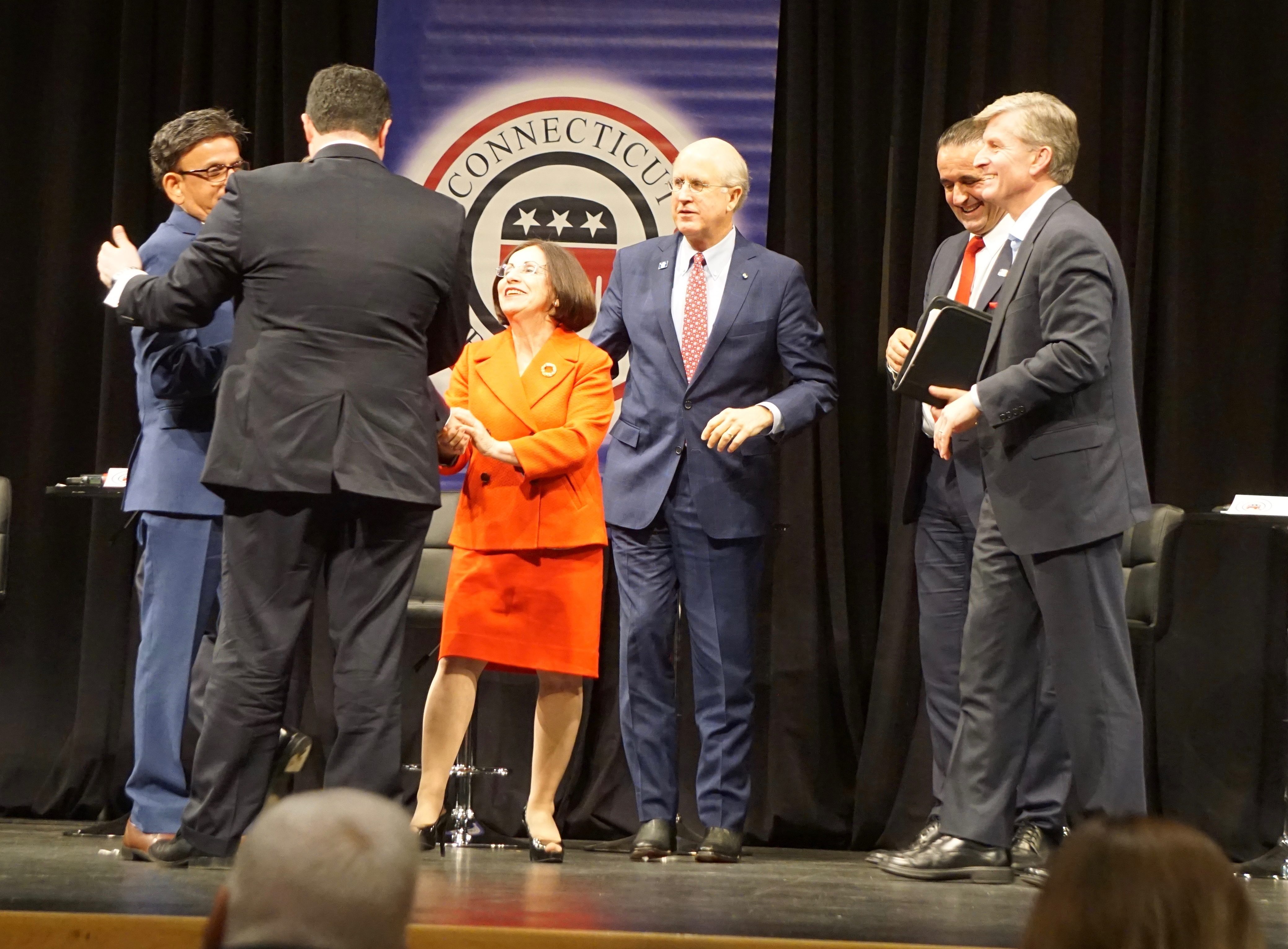 The candidates after the forum ended.