A win — and better housing — for voucher recipients

Last month, U.S. District Court Chief Judge Beryl A. Howell ruled that the Department of Housing and Urban Development (HUD) must enforce a rule developed during the Obama administration to increase the rent caps for housing voucher recipients in nearly two dozen metro areas around the country, including Hartford.

The lawsuit was brought by several civil rights groups around the country, including Open Communities Alliance of Hartford, on behalf of two mothers trying to move their families to suburban neighborhoods outside of Hartford and Chicago respectively. Fair housing advocates hope that the rule will improve access to higher-opportunity communities for voucher recipients across Connecticut.

After the ruling, the Connecticut Mirror caught up with Erin Boggs of Open Communities Alliance and Sasha Samberg-Champion of Relman, Dane and Colfax, who spoke about their lawsuit last December. Here is their take on the decision.

Can you do a quick recap of the lawsuit you helped to bring against HUD?

Boggs: Sure. So this case was about following through with the vision that began under the Obama administration and was articulated in regulation to ensure that the housing choice voucher program actually offers choice as its name suggests by raising caps on rent. It’s a program that reflects the true market rent in any given area and the regulation had proposed to implement this in 24 areas around the country. 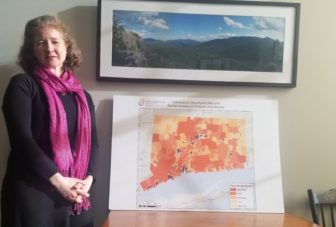 The Trump administration ended the regulation in August. So we challenged the suspension.

What were the grounds HUD offered for suspending the regulation?

Samberg-Champion: Well they gave three reasons, and the reason that ended up being the most important for them, the one that they really relied on later on in their briefing and in their hearing, was the claim that new information had come out regarding the workings of Small Area Fair Market Rents in some study areas.

They found that information to be disturbing and worrisome and they thought it meant that there needed to be further study of the program before it got expanded to additional jurisdictions. So that was their main reason.

They also had a reason which they did not rely on later because, frankly, I don’t think it would have been very legitimate, which was that some industry players expressed some concerns to them.

The third reason that HUD initially claimed in August for the suspension was that the public housing authorities weren’t ready to implement the rule because HUD hadn’t gotten around to providing them guidance and helping them.

And I think probably their lawyers convinced them that it’s not a good idea to rely on your own bad faith as a good reason to suspend a rule, and they didn’t really argue that in the hearing.

What was your argument in asking the court to force the Trump administration to implement the rule?

Samberg-Champion: Well, we argued two things. One is that even if HUD was right in having these concerns, they didn’t have the authority to block a program that had already been promulgated into a regulation. They didn’t have the authority to just stop it from going into effect. This was a decision already made and it wasn’t open for rethinking in this manner. If they wanted to do it they would have to go back through what’s called a notice and comment rule-making.

The second primary argument we had was, even if they had the authority to do it, the reasons they gave didn’t make any sense because in fact nothing about the supposedly new information they were relying on was actually new. All the concerns that they were pointing to were things that HUD had already addressed in the rule-making to make them not be concerns in the rule.

How did the court rule and what did they say has to happen next? 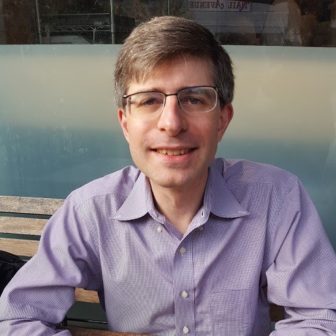 Samberg-Champion:  Well, the court found for us on both of those theories. They found first that HUD didn’t have the authority to suspend the rule in the manner it did. And second, and really gratifying to us, it found that even if HUD had the authority, its reasons were frankly irrational.

What HUD was doing was pointing to problems that occurred when you implement Small Area Fair Market Rents in very different markets as reasons why they shouldn’t go into effect in places like Hartford. What we were very gratified by was that the judge really dug deep into the weeds and saw these distinctions.

She said, ‘Well, maybe there are issues with doing this in places like Long Beach where there isn’t much rental housing available in higher rent neighborhoods, but that has nothing to do with Hartford, which was specifically selected by HUD to be a region where this program would work well.’ So, multiple times at the hearing and in the decision, she said, ‘You’re basically comparing apples and oranges.’ And I think that’s exactly right.

Boggs: What we were asking for was a preliminary injunction. So we were requesting that HUD be immediately stopped from suspending its regulation and actually carry out the regulation the way it was intended, and that’s what they were ordered to do. And we have learned that they have sent a notice out to public housing authorities instructing them to move forward with implementing new rents.

With the court’s decision, what do you now hope will be the impact of having the rule finally implemented, both nationally and for Connecticut and the Hartford area?

Boggs:  I think there there are at least two things. One is that in the metro areas where the new rent caps will be in place, families will have greater choices in where to live, including choices in areas that are more likely to have strong schools, lower rates of crime and access to employment and other opportunity structures like that. And I think the second piece is this is sort of stage one, but eventually we’d like to see this as a policy that applies to the entire country, and this is a step in moving in that direction.

Also, in the current political climate on civil rights, it’s really important to take legal steps to respond to restrictions and rollbacks. And so I think that this was an opportunity to do that, and Open Communities Alliance is incredibly grateful to have had the chance to work with both Relman, Dane and Colefax; the NAACP; the Legal Defense Fund; the National Lawyers Committee for Civil Rights and the other attorneys on this case.

Samberg-Champion: This rule has been badly needed, frankly, for decades, and advocates have been working on this for a very long time. HUD was sued before, more than a decade ago now, and that’s sort of what was the impetus for HUD to, in the Obama administration, spend many years working on this and finally rolling out a rule that could provide real housing choice for thousands of voucher holders.

We’re just pleased that we could get a chance to protect all this great work that so many advocates have done for so many years, and really give this program a chance to make a difference in people’s lives who have been really waiting for it for far too long.