Panel urges removing custody of offenders under 18 from DOC 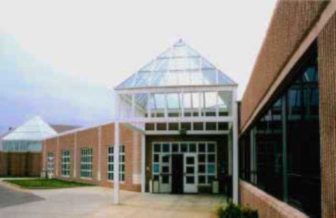 A state panel that oversees juvenile justice has recommended transferring supervision of youths prosecuted for serious crimes in adult court from the prison system to the Judicial Branch.

Advocates say the change would provide the youths with better mental health treatment, education and other services.

The state panel, the Juvenile Justice Policy and Oversight Committee, urged the legislature to adopt a measure barring the state Department of Correction (DOC) from having custody of any child under 18.

Youths 15 to 21 prosecuted in adult court are currently housed at the Manson Youth Institution, a DOC prison in Cheshire. The facility segregates those 15 to 17 years old from those 18 to 21.

The Office of the Child Advocate concluded in a report issued in 2016 that Manson did not provide adequate mental health treatment and other services.

The oversight committee includes experts in juvenile justice, youth advocates and state officials, who debated whether the shift was necessary.

“I’m philosophically opposed to putting kids that have been transferred to the adult court in a juvenile facility,” said Francis J. Carino, who oversees juvenile matters in the Office of the Chief State’s Attorney.

Carino stressed the youths involved have been charged with serious crimes that criminal judges or legislative statute determine belong in the adult system.

Benjamin Barnes, Gov. Dannel P. Malloy’s budget and policy chief, said the correction department isn’t any less qualified to house the youths than other organizations and can adapt to make necessary changes.

“I understand that you may want them to do things differently to house that population … but I think to put in statute now it is impossible for us to imagine that the Department of Corrections, the several thousand individuals who make up that organization, they can’t possibly do this right, even in three years from now, is kind of preposterous and I think undersells … the potential,” Barnes said.

Other panel members emphasized the shift would give the youth appropriate education and treatment services, and a better chance to successfully reintegrate into the community after serving their sentence.

Christine Rapillo of the public defender’s office said DOC has lots of programming designed to help adults rehabilitate and reenter the community.

“It’s a very small percentage of the population in the Department of Corrections,” Rapillo said. “To expect them to be able to do programming that helps this particular population develop in the way that they’re supposed to while they’re under 18, so they can be successful when they get out, is a little bit unrealistic.”

“Though records indicate that 71 of the 74 youth had a current or historical mental health diagnosis, 66 percent of youth were … not identified as needing regularly scheduled individual clinical contact at the time of the review,” the report said.

It also said while 46 percent of youth were not identified as eligible for special education and related services, the office found the majority of the children have “extensive needs for intensive educational supports, transition, and life skills instruction.”

Eagan said switching supervision of the youths to the Judicial Branch would be consistent with the direction of juvenile justice reform in the state and around the U.S. to promote juvenile rehabilitation and public safety.

The Judicial branch declined to comment on the transfer recommendation.

Dr. Derrick Gordon, a Yale University psychiatry professor on the panel, said the DOC is not an appropriate placement for the youths.

“Let’s call a spade a spade rather than pretending as if they’re getting what they need when they are in the DOC. They’re not. And so we need to do something different, period,” Gordon said.

Correction: An earlier version of this story incorrectly referred to the Office of the Child Advocate’s 2016 report as a preliminary report and did not make clear when it was issued.