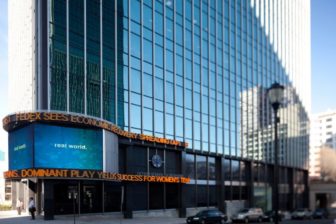 The University of Connecticut’s governing board next week will consider overhauling student charges in a move that would bring a net increase of $1.3 million into the public university’s coffers.

The changes are being recommended by UConn President Susan Herbst.

An additional $1.8 million would be raised by increasing fees for 1,381 graduate-level students at the university’s business school – with increases reaching as high as 9 percent in some degree programs. The university’s business school in downtown Hartford has been profitable in part because it has experienced rapid growth in international students in various programs.

The fees paid by 1,564 students in business, social work or law programs at regional campuses will increase by $38 so they align with the fees other students at those campuses pay. Additionally, 457 of those students also will have to pay $40 more to participate in the UPass system, which provides unlimited bus rides to and from participating stations.

Increased housing rates for about 400 students who live in high-demand dormitories, on top of other housing increases already adopted by the UConn Board of Trustees, will generate an additional $218,000.

Slightly more than one-third of the $2.1 million in total revenue these changes are expected to produce will be offset by eliminating fees undergraduate students pursuing certain degrees or taking certain courses must pay.

The state of UConn in charts

The fees tied to certain courses average $40, and 10,800 students paid a course fee this year. The fees students in certain majors had to pay averaged $98, and 3,262 students paid them this year.

The changes come as the university grapples with a $47.8 million cut in state aid since last fiscal year – a 14.6 percent reduction. The university’s adopted budget makes up for 60 percent of that cut with increased revenue from tuition and fees. The trustees already have approved increasing tuition by 7 percent next year.

Stephanie Reitz, a spokeswoman for the university, said all the increases will help UConn balance its budget.

“The increase in overall funding will be used to help fill the gap caused by cuts in state funding,” she said.