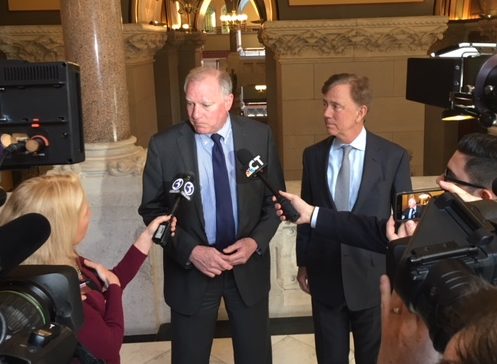 “Today, I am pleased to announce my endorsement of Ned Lamont’s candidacy for governor,” Jepsen said in a press release issued by the Lamont campaign. “Of all the Democratic candidates, Ned is the only one who can win the November general election.”

Jepsen, a former Democratic state chairman and state Senate majority leader, is not seeking re-election to a third term. He backed Gov. Dannel P. Malloy over Lamont in the 2010 gubernatorial race, but had decided weeks ago to endorse Lamont before the Democratic convention in May.

Lamont and Jepsen met with reporters after the announcement.

“My hope is my endorsement will help bring other Democrats off the sidelines,” Jepsen said.

Malloy is not seeking re-election.