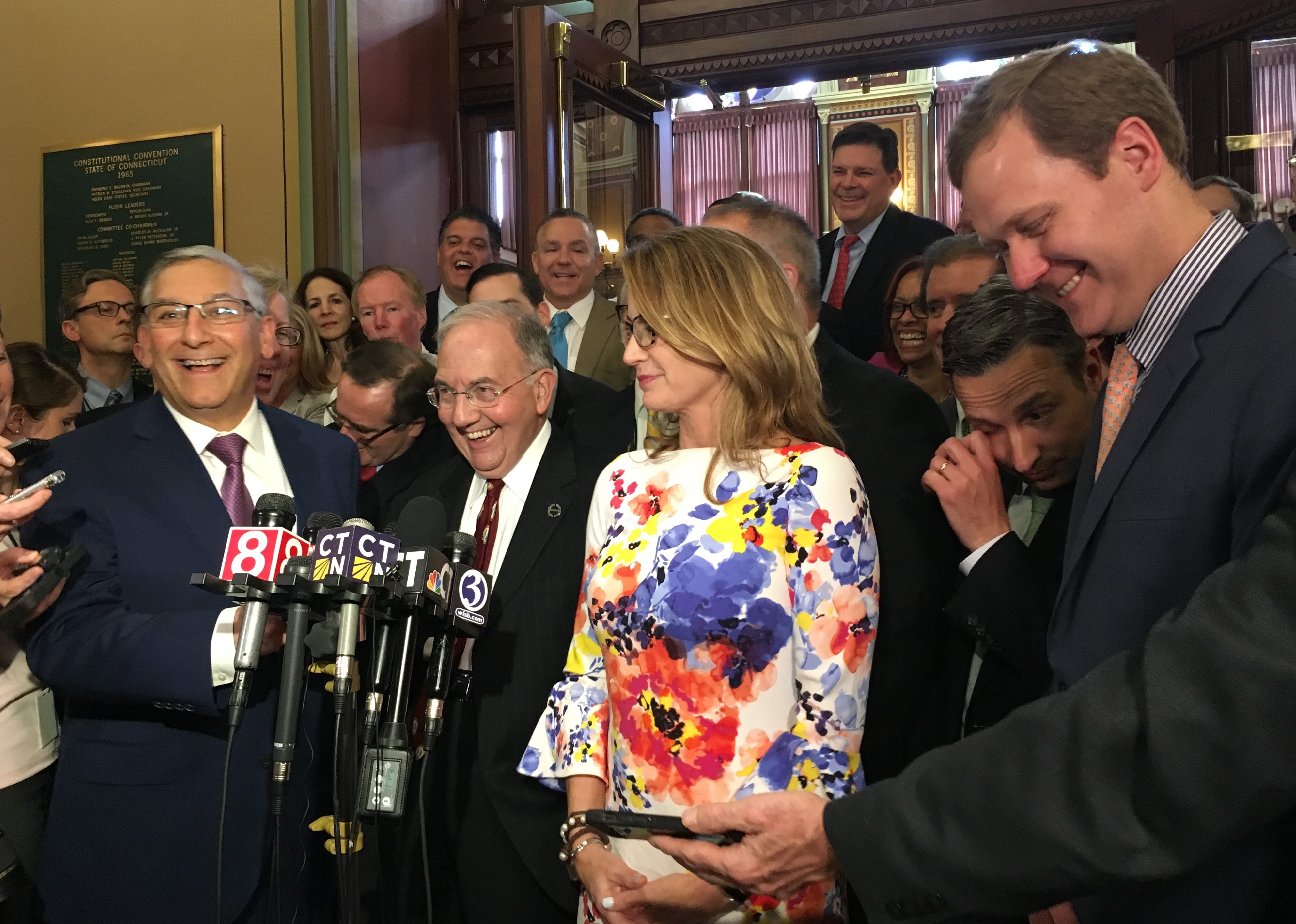 With less than eight hours left in the session, Democratic and Republican legislative leaders announced a deal Wednesday to adjust the next state budget, restoring funds for health care and municipal aid — and dropping a series of proposed collective bargaining changes.

The deal, which leaders expect to be enacted before the midnight adjournment deadline, also includes a 1 percent cost-of-living adjustment in rates for community-based, nonprofit social service agencies.

And while it also dropped a Republican proposal to make extra payments into the cash-starved pension funds for state employees and municipal school teachers, it would leave Connecticut with a projected emergency reserve of more than $1.1 billion after the 2018-19 fiscal year ends.

“I think it’s once again another monumental step for the state of Connecticut,” Senate Republican leader Len Fasano of North Haven, said shortly after 4:30 p.m., recalling another bipartisan agreement lawmakers struck last October to end a state budget debate that had dragged on for nine months.

“What we did in the fall was very very difficult, but to replicate it was also difficult,” said House Speaker Joe Aresimwicz, D-Berlin. “It took compromise on all sides. It took true interest in the state of Connecticut.”

Though full details of the agreement were not available immediately after the announcement, leaders confirmed several key components including:

The budget “does restore many of the things that we care about, … categories of grave concern for all members” said Senate President Pro Tem Martin M. Looney, D-New Haven.

“We all feel strongly about our positions and our budgets and what our vision for Connecticut is,” said House Minority Leader Themis Klarides, R-Derby.

Republicans made a big concession to Democrats when they withdrew a series of proposed changes to collective bargaining laws.

“We’re not going to let that be the deal-breaker” Fasano said, but added that Republicans still feel strongly about these issued.

Klarides said the new budget includes other provisions, though, that promote other structural fiscal reforms Republicans have sought.

These involve analyses of several key proposals from the state Commission on Fiscal Stability and Economic Growth, including a possible rebalancing of state taxes to reduce reliance on the income tax and draw more revenue from sales and corporation levies.

Eversource was unprepared. Is a rebate in order?

Eversource was on a victory lap. Then came Isaias

When the lights went out, Eversource had just come off its best year.