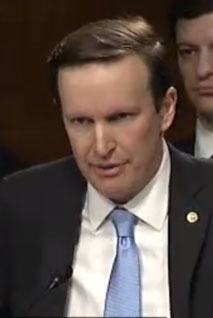 “It seems like it’s going to be a photo-op that [North Korean President] Kim Jong-un wants more,” said Murphy, a member of the Senate Foreign Relations Committee.

Murphy said he is supportive of the historic meeting, but he’s “not sure what good will come out of it.”

“There’s going to be no agreement and there’s no agenda,” he said.

Murphy has been a critic of the Trump administration’s foreign policy, which he says is conducted like “a big reality show.”

“It’s pretty amazing,” Murphy said. “We treat our enemies with such respect and view our friends with such enmity.”

Although Canada is the No. 1 market for U.S. agricultural products, Trump issued an angry tweet Friday about the nation’s tariffs on U.S. dairy products. Canada, meanwhile, is angered by the new U.S. tariffs on imported aluminum and steel.

“Prime Minister Trudeau is being so indignant, bringing up the relationship that the U.S. and Canada had over the many years and all sorts of other things…but he doesn’t bring up the fact that they charge us up to 300% on dairy — hurting our Farmers, killing our Agriculture!” Trump tweeted.

“I really believe that Kim Jong Un wants to do something,” the president said on Thursday. “ I think he wants to see something incredible happen for the people of North Korea.”

To Murphy, “there is no coherence” to Trump’s message.