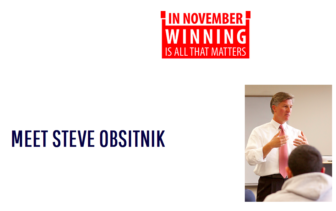 Thomas E. McInerney contributed $100 in February to the Republican gubernatorial campaign of his fellow Westport resident, Steve Obsitnik. It was the maximum Obsitnik could accept as a candidate seeking public financing under the Citizens’ Election Program created in 2005 to blunt the influence of money in Connecticut politics.

But McInerney, a venture capitalist who has contributed $2.3 million to conservative Super PACs in recent years, was able and willing to do far more to support Obsitnik, one of five candidates competing for the GOP nomination. McInerney wrote checks of $25,000 on April 26 and $75,000 on May 31 to FixCT, Inc., a new independent-expenditure group promoting Obsitnik’s candidacy.

FixCT is unique this year, at least for the moment: No other independent-expenditure committee has emerged to support a gubernatorial candidate in the race to succeed Gov. Dannel P. Malloy, a Democrat who is not seeking re-election after two terms. Its chairman is Scott C. DePetris, an early supporter of Obsitnik and the president of Portware, a Manhattan company that develops software for stock trading.

It is unclear how big a role FixCT intends to play in the weeks leading to the Aug. 14 primary. Since its creation on April 20, FixCT has raised $137,000 and spent $112,000, mostly on digital marketing by Connect Strategic Communications, which briefly worked for Obsitnik’s campaign last year as its email vendor.

DePetris, who lives in New Canaan, declined to talk in detail about the origins of FixCT, its ambitions or his relationship with Obsitnik, a tech entrepreneur who hopes to win approval this week of his application for $1.35 million in public financing for his primary campaign.

“Fix CT, Inc was formed by a group of CT residents with a shared concerned over the future prospects for our State,” DePetris said in an email. “We believe that Hartford needs to employ a new approach to the problems facing CT and that Steve Obsitnik is the candidate that can meet the challenge and drive CT forward.”

The committee’s treasurer, Lawrence McGonegal, a trader from Greenwich, is a high-school classmate of DePetris, who grew up on Long Island.

DePetris and his wife, Kateri, hosted a small meet-and-greet fundraiser at their home for Obsitnik on March 21, 2017, when Obsitnik was first raising money through an exploratory campaign. DePetris and Obsitnik served together a week later as judges in a “pitch competition” for entrepreneurs trying to launch start ups.

The DePetrises move in the same philanthropic circles as McInerney and his wife, Paula, a co-founder of their venture capital firm, Bluff Point Associates. Thomas is chairman and CEO, and Paula is president. In 2015, the two couples were among the chairs and co-chairs of a charity gala that raised $1.4 million for health services provided in East Harlem by the Little Sisters of the Assumption.

Like other candidates in previous elections, Obsitnik is benefitting from one of the great inconsistencies in U.S. campaign finance law: Direct contributions to a candidate are considered potentially corrupting and can be restricted; Contributions to independent committees, even ones with the same objective as a candidate committee, are expressions of speech, subject to no limit.

The two decisions have given rise to independent-expenditure groups, such as American Crossroads, the pioneering Super PAC overseen by Karl Rove, and increased the importance of wealthy contributors like Thomas McInerney. In Connecticut, he can give only $100 to a gubernatorial candidate participating in the Citizens’ Election Program or $3,500 to a candidate who has opted out and is raising money privately.

But here are no restrictions on the amount he or anyone else can give to an independent-expenditure group. McInerney has given $2.3 million to federal Super PACs since 2010, according to Federal Election Commission filings, including $600,000 to American Crossroads and $670,000 to the Congressional Leadership Fund, which supports U.S. House Republicans. 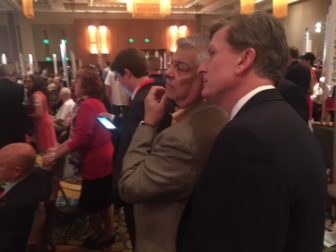 McInerney did not respond to a request for comment made through DePetris.

In 2014, independent-expenditure groups spent $18 million on the Connecticut race for governor, mostly on negative ads. By comparison, the two major-party nominees, Malloy and Republican Tom Foley, each spent $6.5 million on the general election — the public-financing grants awarded to each candidate.

Under state law, FixCT can raise and spend money to promote Obsitnik so long as the campaign and the independent-expenditure group do not share strategies, staff or otherwise coordinate their activities. The committee has hired a compliance firm, Bulldog Compliance of Beverly, Mass., and Chalmers Burch & Adams, an elections law firm with offices in Georgia and Washington D.C.

“We take compliance with CT state law seriously and will continue to do so,” DePetris said.

FixCT has had a relatively low profile until last week, when it filed its first 24-hour campaign-finance report. Beginning the day after the state nominating convention in May, state law requires independent-expenditure groups to report expenditure of more than $1,000 within 24 hours.

In addition to the $100,000 from McInerney, FixCT received $10,000 from DePetris and $25,000 from Alan Masarek, the chief executive officer of Vonage, the internet telecommunications company.

Its first major post-convention expenditure was $68,172 on June 18 to Connect Strategic Communications of Dallas for digital marketing, which previously was paid $23,575.

Ben Proto, an adviser to Obsitnik, said the campaign had no knowledge of FixCT until it launched a web site and sent a letter to delegates to the Republican state convention promoting Obsitnik. Proto, a delegate, was one of the recipients.

“We didn’t know they existed,” he said.

Proto said Connect Strategic, the digital marketing consultant for FixCT, did limited work for the Obsitnik campaign in 2017, primarily establishing an email system. It had no access to strategic information it could provide to FixCT, he said.

“They were not a strategic partner,” he said.