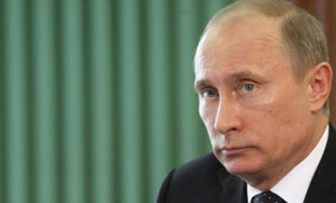 Washington – While President Donald Trump had harsh words for NATO on Wednesday, congressional lawmakers stood up for the nearly 70-year-old trans-Atlantic alliance.

The House approved, by voice vote on Wednesday, a nonbinding resolution reaffirming U.S. support for NATO.

“NATO is indispensable. It is as important today as it ever has been,” said House Speaker Paul Ryan, R-Wis. “ We’re reflecting that in a resolution that we’re bringing to the floor today.”

The action was taken after Trump, at a NATO conference in Brussels, attacked the alliance’s European members for not spending enough on defense. The president also called Germany “a captive” of Russia for its support of a new pipeline to deliver Russian gas.

As a member of the House Armed Services Committee, Rep. Joe Courtney, D-2nd District, said he is concerned about Trump’s “hostility” toward NATO, which began on the campaign trail when Trump called the alliance “obsolete.”

He joined 43 other House Democrats in a statement of support of NATO.

“President Trump must not seek to undo the work that generations of American men and women have done to help defend and uphold democratic values throughout the transatlantic region,” the joint statement said.

Courtney is concerned Trump’s attitude will hurt military-to -military relationships and information sharing among the allies.

But he agreed with Trump’s insistence that the European allies should increase their military spending commitment.

The Senate voted 97-2 Tuesday night to approve a similar nonbinding resolution to reaffirm the U.S. relationship with and support for NATO.

While there was bipartisan support for NATO, lawmakers split largely along party lines concerning Trump’s relationship with Putin, whom the president will meet in a one-on-one summit  in Helsinki this week.

Sen. Chris Murphy, D-Conn., a member of the Senate Foreign Relations Committee, was among the most vocal critics of Trump’s foreign policy.

“Why he would continue to do Russia’s bidding in trying to tear apart NATO, in trying to tear apart the (European Union)  without getting anything in return?” Murphy asked in a speech on the Senate floor. “ I don’t know what leverage Putin has over Trump, but I would feel much more comfortable if there were some other people in that room who could be witness to — who could be witness to those discussions to make sure that discussion with Putin doesn’t go the same way that the discussion with President Kim did in North Korea.”