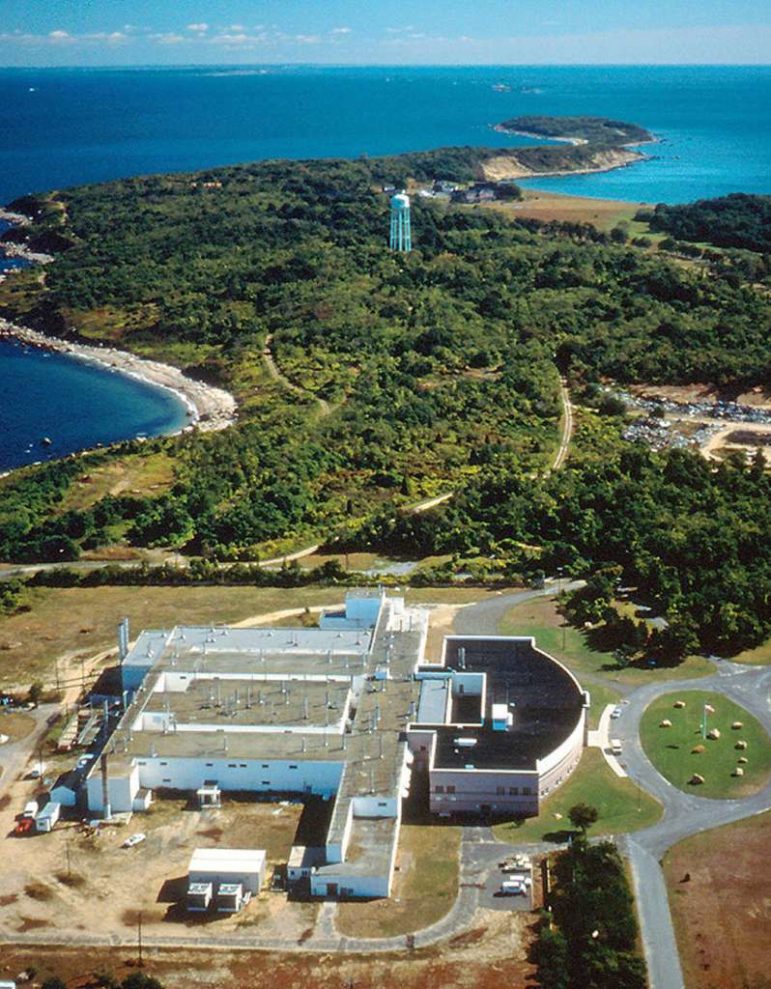 An aerial view of the facility on Plum Island.

Washington – Connecticut’s senators, joined by one from New York, are demanding Homeland Security Secretary Kirstjen Nielsen explain why her agency has shut down visitor access to Plum Island, a spit of land in the Long Island Sound that for years has been shrouded in mystery.

Plum Island has been off limits to the general public because it’s the site of research into the world’s most deadly animal diseases, including swine flu and hoof-and-mouth disease, a highly contagious livestock illness.

But outside groups, especially those studying the island’s habitat, were sometimes allowed on the island.

Operations of Plum Island’s Animal Disease Center are being moved to a larger, more secure site in  Manhattan, Kansas, that will be called the National Bio and Agro-Defense Facility. The new Kansas facility is expected to open in 2022.

Meanwhile, the General Services Administration has been tasked with selling Plum Island, a sale that’s opposed by environmental and conservation groups who fear commercial development of Plum Island will harm natural habitat for a variety of birds, fish and other animals.

On Tuesday, Sens. Richard Blumenthal and Chris Murphy, joined by Sen. Kirsten Gillibrand, D-N.Y., wrote Nielsen demanding an explanation as to why groups like Audubon New York, which had been conducting a bird survey on the island, are no longer allowed access to it.

“We request a clear explanation as to what circumstances have changed recently to justify this abrupt policy reversal regarding visitation — which access has provided the public with the benefits of a much clearer appreciation and understanding of the important research taking place at the (Plum Island Animal Disease Center) and the ecological and cultural significance of this publicly-owned island.,” the senators wrote.

DHS responded to questions about the letter in a terse e-mailed statement.

“As a matter of policy, we don’t comment on congressional correspondence and will respond as appropriate,” it said.

In their letter, the senators said they understood the ban on visitors is “due to current litigation over the island’s future, the increasing activities related to DHS’s ultimate departure and the need to ensure proprieties of the future sale.”

Environmental groups have sued to try to stop the sale, but haven’t been successful yet in enjoining it.

The federal government intends to sell Plum Island to the highest bidder, raising an estimated $32.8 million to offset a portion of the cost of the Kansas lab.

Environmental groups trying stop the sale support the senator’s attempt to regain access to the island.

“Cancelling research visits and public tours of Plum Island without warning is a real problem,” said Chris Cryder, lands campaign manager at Connecticut Fund for the Environment/Save the Sound. “It undermines research efforts just when accurate data are needed most, as agencies, lawmakers, and regional stakeholders ponder the future of the island.”

Plum Island has been owned by the federal government since 1826 and is home to Fort Terry, a once-active military installation. At the height of the Cold War, in 1954 the U.S. Department of Agriculture established the a national biological lab, which spawned rumors that former Nazi scientists were working on germ warfare there.

The lab was  renovated in the 1990s, but is outdated for the USDA’s current needs for biological research.