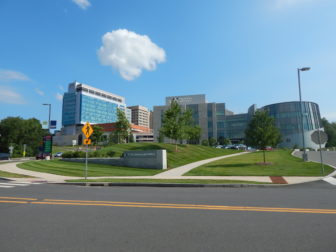 For several years, UConn Health has been exploring the possibility of partnering with a private entity as a way of ensuring the long-term financial sustainability of the system.

On Monday, the health system took the next necessary step in pursuing a public-private partnership by releasing a national “Solicitation of Interest” letter. The letter is a request for proposals from health organizations across the country interested in partnering with the Farmington-based health system.

Dr. Andrew Agwunobi, CEO of UConn Health, said the system is stronger financially now than during previous years, but that exploring a public-private partnership is necessary for the network’s future financial health and growth.

“Even though we haven’t gone back to the legislature to ask for additional or deficit funding for nine years, the headwinds that are coming in the future in increased expenses and other challenges make us feel at UConn Health that there needed to be other strategies in our tool box, other than what we have been doing, growing revenues and cutting costs,” Agwunobi said.

UConn Health has cast a wide net. The system hired Cain Brothers, a financial advising firm, to help with the public-private partnership efforts.

“We are not just entertaining responses from hospital systems,” Agwunobi said. “We are looking at all kinds of organizations … there are a lot of creative partnerships out there today.”

The General Assembly passed legislation in June 2017 requiring UConn Health’s Board of Directors to begin the process of establishing a public-private partnership and to submit a report to the legislature by April. The three-page report summarized the network’s efforts, the rationale for the partnership and the process needed to move forward.

For years, Senate Republican President Len Fasano of North Haven, has believed that UConn Health needs to privatize in some capacity.

“We’ve always pressured UConn Health to partner with someone because the costs are out of control,” Fasano said. “It’s unsustainable … They should have partnered a long time ago.”

Republicans, in general, have been in favor of pursuing privatization not only at UConn Health, but at state-funded programs throughout the public sector, said Patrick O’Neil, spokesman for the House Republican Caucus.

The last time UConn Health tried to partner with a private institution was in 2009, with Hartford Hospital, but those efforts fell through.

“Today, UConn Health is a very different place in many ways than it was nine years ago,” said Agwunobi, who became CEO four years ago. “It’s stronger financially than it was at that time. The campus is totally transformed.”

UConn Health was established in 1961. In recent years, the health network opened its $203 million outpatient pavilion — a 300,000 square-foot facility  — and the $318 million inpatient University Tower, which has 169 inpatient beds. The 384,000 square-foot tower was funded through general obligation state bonds. 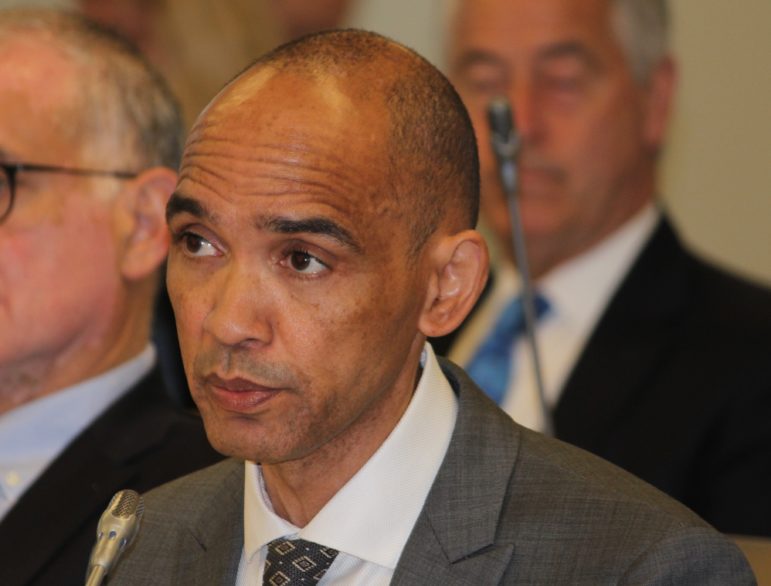 The health system is a member of the Connecticut Hospital Association (CHA).

“Innovation is an imperative in today’s rapidly changing healthcare landscape,” said CHA spokeswoman Michele Sharp in a statement. “Patients benefit when hospitals develop new solutions to provide them with high quality, coordinated, cost-effective, patient-focused care.  Integration is one way hospitals are addressing the needs of their patients and communities.”

UConn Health’s annual budget has been about $1 billion over the last five years — with about 22 to 24 percent coming from state appropriations. Just over 60 percent of its budget is funded from patient care, Agwunobi said.

The network employs nearly 5,000 full-time and part-time workers across its clinical, research and academic programs.

Agwunobi said the ongoing hospital and health network consolidation happening throughout the state is another reason a public-private partnership is worth pursuing.

“We are growing, but taking the long-term view, we see the consolidation around us is likely to limit that growth in future years,” he said. “We’re a small academic entity and we need to partner to be stronger as we face the consolidation coming down the road.”

A public-private partnership may also help strengthen the finances of UConn Health’s academic programs. He said a partnership that brings in more money on the clinical side will allow the network to direct additional funding to its academic enterprise.

The health network also ran the state’s correctional health care system for about two decades until this July, when the Department of Correction took back the job of managing the health care of inmates.

“Although we didn’t shed correctional health because of this (public-private partnership) process,” he said. “Our reason for handing the contract back to DOC, however, was because we determined that we were losing money on the contract.”