Ahead of midterms, some CT companies offer time off to vote 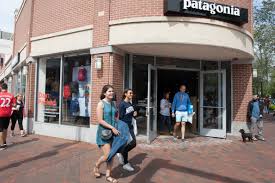 The Patagonia store in New Haven

Customers hoping to shop at the Patagonia store in New Haven for outdoor gear to keep out the fall chill will be disappointed if they stop by the store on Election Day.

The shop’s doors will be shuttered to make it easier for its nine employees to vote on Nov. 6.

“We are losing a day of sales, but in the grand scheme of things it’s still worth it to give everybody a day off,” said store manager Doug Kasem.

Patagonia is one of hundreds of companies, both big and small, that have extended corporate responsibility to elections.

The Society for Human Resources Management has determined that a record 44 percent of U.S. firms will give workers paid time off to vote on Nov. 6, up from 37 percent in 2016.

Diageo North America, headquartered in Norwalk, is one of them.

The spirits-making company, which employs more than 1,000 people, will give its salaried, full-time employees and non-union hourly workers two hours of paid time off to vote.

“It’s so important that Diageo employees know we celebrate their right to vote, and we are proud to offer flexible work policies, including two hours of paid time off, to vote in local elections,” said Deidre Mahlan, president of Diageo North American. “Moments of progress only happen when you show up and there’s no better place to start than at the polls.” 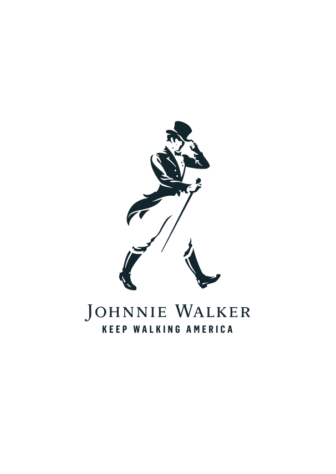 One of Diageo’s most popular brands, Johnny Walker, has taken civic engagement a step further.

It has teamed up with ElectionDay.org, a Vote.org initiative, to support an  ‘Election Day Holiday‘ campaign. That campaign urges companies to offer employees paid time off, ranging from flexible working schedules to a full paid holiday, in order to get to the polls.

“Companies are becoming more aware of the inequitable state laws that govern the voting rights of their workforce, and are listening to the informed employees and customers calling on them to engage,” said Colette Kessler, head of ElectionDay.org.

Federal law does not require that employers allow their workers time off to vote. But a majority of states have at least some level of protection for employees who want to leave work to engage in their civic duty. Connecticut is among the minority of states that do not offer such protections.

Other states allow employees to have up to three hours off during the time the polls are open, but policies vary by state.

Massachusetts allows certain workers – those in manufacturing, mechanical and retail establishments–  to take off the first two hours after the polls open. But employees must ask for leave beforehand and the time off is unpaid.

Vermont has a law allowing unpaid time off to attend town meetings that can be applied to voting. The law requires employees to give their employers seven days’ notice of intent to attend a town hall meeting or to vote.

Meanwhile, Iowa state law allows for up to three hours of paid leave if an employer asks for it at least seven days before Election Day. The employer, however, may specify the hours during which the employee may take time off to work. 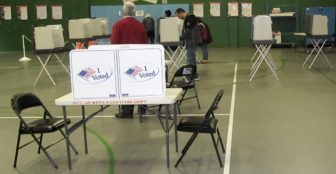 Election polls at an elementary school in Hartford

Tuesday was set as the day to hold federal elections back in the mid-1800s, when Congress determined it was a convenient day for Sabbath-observing farmers to make a trip into town.

But most industrialized countries hold elections on Sunday, and the American tradition of voting on a workday is considered to have contributed to the nation’s low voter turnout, especially in midterm elections.

In 2014, the last midterm election, only about 36 percent of eligible voters went to the polls. That year, about 35 percent of those polled said they had scheduling conflicts with work and school that prevented them from voting in the midterm election.

Kessler said companies that give employees paid time off “get at the heart of the #1 reason people self-report not voting: conflicts with work or school.”

“So as Election Day off becomes ubiquitous policy, we expect the impact will be increased turnout and a more deeply ingrained culture of voting and democratic participation,” she said.

While more companies are liberalizing their leave time to make it easier for employees to vote, it is unclear whether some of Connecticut’s largest employers have joined ElectionDay.org.

Aetna and Sikorsky did not respond to repeated requests for information about their leave policy on election day. Liz Power, spokeswoman for Electric Boat said “people here vote on their own time.”

Meanwhile, other companies, including Levi Strauss, Cava, Etsy and even Playboy have joined the ElectionDay.org campaign, and others, including Walmart, Nordstrom and the GAP have banded together to form their own campaign, Time to Vote.

In addition, Uber and Lyft say they want to help with transportation problems facing those who want to vote in this very contentious midterm election.

Lyft has committed to offering free rides to people who live in “underserved communities,” with 50 percent discounts for other voters.

Uber will offer $10 off single rides to the polls on Election Day “on the most affordable Uber option available in your city — Express POOL, POOL, or UberX, in that order.”

The company said it will provide a promo code for the discount on its app on Election Day.