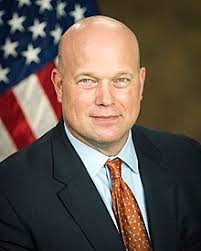 Washington – U.S. Sen. Richard Blumenthal is among several Democrats exploring the idea of suing the Trump administration to invalidate the appointment of Matthew Whitaker as acting attorney general.

“I’ve spoken to some of my colleagues, but we’re not ready to make a formal decision,” Blumenthal said.

President Donald Trump last week ousted Attorney General Jeff Sessions, replacing him with Whitaker, a loyal Trump ally who has been critical of Robert Mueller’s Russia investigation and is now in a position to oversee it.

Blumenthal has been critical of the appointment, but so have others — on both sides of the aisle — who question Whitaker’s qualifications and whether he would limit the investigation or bury its findings.

If filed, Blumenthal’s lawsuit would argue that Trump’s appointment of Whitaker is an unconstitutional violation of the Senate’s “advise and consent” powers because the new attorney general, appointed on a temporary basis, has not been approved by the Senate.

If the lawsuit were successful, it would force the president to either formally nominate a replacement for Sessions or elevate, on an acting basis, someone from within the department who had already received Senate confirmation.

Some legal scholars say it might be difficult for Democratic senators considering the lawsuit against Whitaker to have standing in court – which means being able to prove they have been harmed.

Political analyst Norm Ornstein warned, “If the administration is upheld by the courts on Whitaker, it erases the confirmation power of the Senate.”

“Presidents can bypass the Senate at will, choosing temps who have never been confirmed, and who cannot be confirmed, for 7 months, renew them, and then pick another,” Ornstein tweeted.

The Maryland lawsuit argues the selection is “illegal and unconstitutional” and that Deputy U.S. Attorney General Rod Rosenstein, who was overseeing the Mueller investigation before Whitaker’s appointment, should be acting attorney general.

The Maryland suit contends that the appointment of Whitaker violates the legal processes for filling high-level federal vacancies.