Connecticut’s Affordable Care Act exchange, Access Health CT, is protesting a Trump administration plan that would require the nation’s insurers to send a separate bill to consumers who purchase plans with abortion coverage.

The Trump administration proposed changes earlier this month to how abortion coverage is billed. The Centers for Medicare & Medicaid, which has authority over the ACA, said it wanted to ensure that people who purchase health care coverage in ACA exchanges and receive federal subsidies to pay for their premiums and other expenses are not violating the Hyde Amendment, a federal law that bars the use of federal dollars to provide abortion services.

Under the Obama administration the cost of abortion coverage, which insurers determined is $1, was a separate line item on a premium bill.

But under the new proposed rule, insurers would have to bill that $1 separately. That means about 100,000 Connecticut individuals and families who purchase their coverage through Access Health CT would receive two bills by mail or email, not one, for their coverage next year.

Access Health CT decided at a board meeting in Hartford this week that billing abortion services separately would be a burden on insurers and it would submit public comment protesting the proposed regulations. The Trump administration is required to consider all public comment, which already total more than 450, before it issues its final rule.

“This proposed rule will impact our carriers…and we are committed to helping our carriers in any way we can,” said James Michel, the new CEO of Access Health CT.

Most insurers selling policies in Connecticut, on and off the exchange, offer abortion coverage.

Connecticut is also one of 16 states that place no restrictions on the type of abortion coverage available to women through individual policies purchased through Access Health CT or bought outside the exchange. Other states bar the coverage except for narrow exceptions, such as for women whose pregnancies endanger their life or are the result of rape or incest. 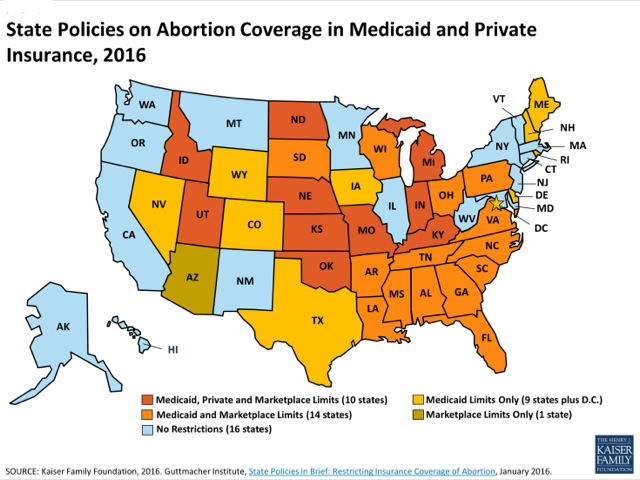 According to the Kaiser Foundation, an early-term abortion costs about $400 to $500, which is often out of reach for low-income women. Late- term procedures can cost much more.

The Trump administration has also responded to conservative concerns about ACA coverage for birth control and said it will fulfill a promise to offer “full protection” to a wide range or companies and organizations that claim a religious or moral objection to providing that coverage.

Currently, most employers must cover birth control at no charge as a preventative service for women. But conservatives have made religious objections to the coverage an issue and the subject of court challenges.

The new rules would allow employers to deny their workers coverage for birth control on the basis of their “sincerely held religious beliefs.”

The definition of employers who could deny their employees that coverage on a religious basis would include non-profit organizations, for-profit companies, including publicly traded companies and other non-government employers, and institutions of higher learning.

The second rule would allow some of these employers, with the exception of publicly traded companies or government entities, to deny coverage based on their “non-religious moral convictions.”