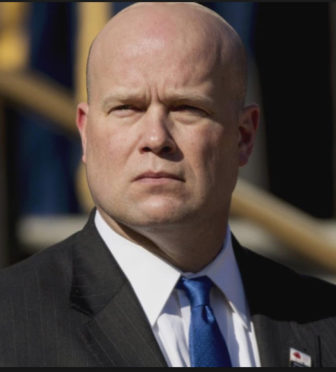 “The Constitution’s Appointments Clause requires that the Senate confirm high-level federal government officials, including the Attorney General, before they exercise the duties of the office,” the Democratic senators said in their complaint.

President Donald Trump appointed Whitaker to temporarily replace former Attorney General Jeff Sessions, whom Trump ousted after the mid-term elections. Whitaker had served as Sessions’ chief of staff, a position that does not require Senate confirmation.

He is a loyal Trump ally who has been critical of Special Counsel Robert Mueller’s Russia investigation and is now in a position to oversee it.

In the lawsuit filed in a Washington D.C. federal court,  Blumenthal, joined by fellow Senate Judiciary Democrats  Sheldon Whitehouse of Rhode Island and Maizie Hirono of Hawaii, seeks to block Whitaker from “performing the functions and duties of the office of the Attorney General.”

Blumenthal, who called Whitaker “a constitutional nobody” said the president is “denying senators our constitutional obligation and opportunity to do our job: scrutinizing the nomination of our nation’s top law enforcement official” and that “the reason is simple: Whitaker would never pass the advice and consent test.”

If the lawsuit is successful, it would force the president to either formally nominate a replacement for Sessions or elevate, on an acting basis, someone from within the department who had already received Senate confirmation.

Some legal scholars say it might be difficult for Democratic senators to show they have standing in court – which means being able to prove they have been harmed.