Gov. Malloy: Thanksgiving — a time to put aside differences 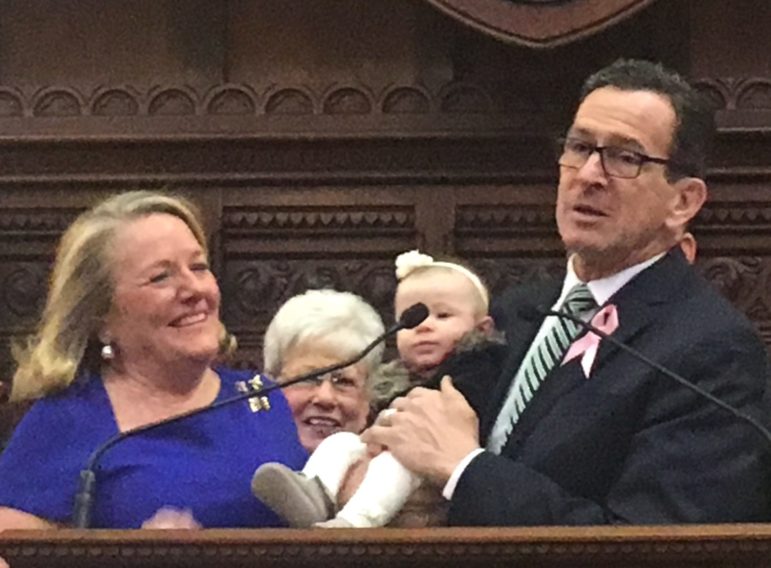 In the midst of the winter of 1621, facing howling winds and brutally cold conditions, a group of separatists from the Church of England, now commonly known as Pilgrims, began construction of a settlement in Plymouth. Their goal extended far beyond short-term shelter: Indeed, nearly half of the original settlers died that winter. Fleeing persecution in Europe and seeking opportunity in the New World, they persevered, eventually building a community and laying the foundation for American democracy.

Of course, the Pilgrims were far from perfect, and while folklore surrounding the “First Thanksgiving” paints a harmonious picture of relations between settlers and Native Americans, the reality was much more fraught. In fact, it would take generations before this nascent republic truly began to fulfill its promise as a City upon a Hill offering hope to people around the world that a nation premised on the ideals of liberty, justice, and the common good could succeed.

It was in this spirit that in 1863, in the depths of the American Civil War, President Lincoln – who earlier that year took a courageous and righteous stand for unity and fairness by issuing the Emancipation Proclamation – established modern-day Thanksgiving.

While much has changed in the ensuing years, Thanksgiving remains a time for Americans to come together, put aside our differences, and give thanks for our many blessings. It is a sorely-needed tradition during a time in our nation’s history when political tribalism seems to punctuate our national discourse and treasured American institutions are under attack from some who serve in the highest offices in the land.

Thanksgiving is a uniquely American holiday, and it’s a day to remember the people and principles that have made this nation exceptional.

We remember and honor the men and women who selflessly sacrificed their lives to fight for the freedoms we hold dear – whether in wars abroad or in struggles for equality, justice, and civil rights here at home.

We thank all those who have sought to bring truth to light, hold those in power accountable, and uphold the constitutionally-protected – but all-too-often dismissed, underappreciated, and undermined – responsibilities of a free and independent press.

We celebrate freedom and democracy while at the same time remembering those who have traditionally been oppressed – and those who continue to struggle for fair treatment from their government. As a state, Connecticut has long stood up for marginalized people, and we must always continue to do so.

And we treasure the quintessential American tradition of a peaceful transfer of power, adhering to the will of people and striving toward a more perfect union.

To that end, I am especially thankful this year to the residents of Connecticut who have allowed me to serve as Governor for the past eight years. Together, we have braved major natural disasters, endured unthinkable tragedy, and recovered from the most significant economic downturn since the Great Depression. But we came together as a state and emerged stronger than ever.

I am equally thankful to our Lieutenant Governor Nancy Wyman, my partner in government for the past two terms. She is a steadfast advocate for our veterans and their families, for women, and for equal access to health care. Because of her leadership, Connecticut had the most successful implementation of the Affordable Care Act of any state in the nation. Connecticut is a better, stronger state because of her service.

While our time in office may be coming to an end, I am more optimistic than ever about the future of our great state because of the strength, resiliency, and courage of our residents. We are a small state with a big heart, and I pledge to continue working to make Connecticut an even better place to call home.

I wish you a happy and healthy Thanksgiving.