A Trump administration proposal that would change the way the government determines whether someone is likely to be a “public charge” could be deterring immigrants with legal status and parents of citizen children across Connecticut from accessing a range of public benefits like food stamps or Medicaid.

The U.S. Department of Homeland Security (DHS) proposal would expand the definition of “public charge,” which examines how likely it is that certain immigrants will become dependent on government subsistence. Immigrants considered under this policy include those applying for admission to the country or those applying for green cards.

The rule would give immigration case workers the ability to more widely deny legal U.S. residency if applicants are deemed likely to use those public benefits.

The 60-day period for public comment on the proposal closes today (Monday); DHS is required to consider public comments before it finalizes the regulation. Nearly 190,000 comments on the proposed rule had been received, either by mail or submitted online at Regulations.gov, by Monday afternoon.

“It was deliberately proposed in order to make people afraid and to deter people from applying (for benefits) because of that fear,” said Greater Hartford Legal Aid attorney Lucy Potter. “There is going to be cost savings because people will be confused about the rule and won’t apply for benefits.”

Jackie Vimo, a policy analyst with the National Immigration Law Center, said the proposal is already having a chilling effect on communities and deterring people from accessing benefits they are legally entitled to obtain. 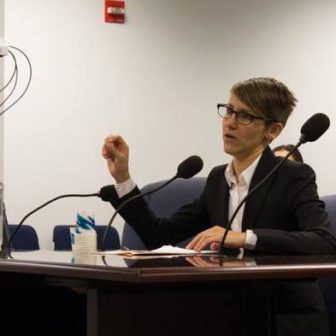 “We’re hearing stories from across the country of people disenrolling from benefits, mothers returning breast pumps to Women, Infants and Children (WIC), people ceasing their cancer treatment because they were on Medicaid,” Vimo said, adding that the proposal will penalize families who are struggling financially and accessing benefits like a nutrition program.

Federal law already requires immigrants seeking to change their status to prove they will not be a public charge, but the new proposal would broaden the list of benefits considered to include Supplemental Nutrition Assistance (SNAP), Medicaid, the Medicare Part D Low Income Subsidy, and several housing assistance programs.

An estimated 432,000 people in Connecticut — a number which includes all age groups, both citizens and non-citizens — live in a family with a non-citizen, according to the Center on Budget and Policy Priorities.

Roughly 186,000 of those people live in a family that both includes a non-citizen and someone who receives SNAP, Medicaid or the Children’s Health Insurance Program (CHIP), housing assistance, Supplemental Security Income (SSI), Temporary Assistance for Needy Families (TANF), or State Administered General Assistance.

In 2016, 45,000 citizen children with non-citizen parents in Connecticut used Medicaid or CHIP coverage, according to the Kaiser Family Foundation.

In an emailed statement to the CT Mirror, the state Department of Social Services (DSS) said it is reviewing the public charge proposal and preparing information about its potential impact.

DSS said it shares concerns that the proposed rule could have a negative impact on access to critical services for U.S. citizens living in immigrant families and immigrants residing in the U.S. legally who are on a path to citizenship.

“To date, since the proposed rule was released two months ago, we have not seen changes in application and enrollment trends in our services,” DSS said. “With that said, this proposed rule change is bad policy.”

In October, U.S. Citizenship and Immigration Services Director L. Francis Cissna told attendees of a Migration Policy Institute immigration conference the proposal would, for the first time, definitively state what public charge means and create a standard for proper enforcement.

Certain “humanitarian” immigrants — refugees, those applying for or granted asylum, and people applying for green cards under the Violence Against Women Act (VAWA) — are not subject to the public charge rule.

Potter said very few people have already accessed public benefits when applying for green cards because of the 1996 welfare reform law, which bars legal immigrants from using those programs for five years. 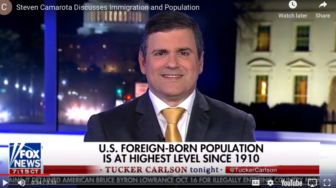 Steve Camarota, director of research for the Center for Immigration Studies.

Steve Camarota, the director of research at the Center for Immigration Studies, said non-humanitarian immigration is supposed to be a benefit to the country. The new federal proposal should help reduce future immigrant welfare use and select a slightly more skilled flow of immigrants, he said.

“If you focus on chilling effect you miss the larger problem—why do we allow so many people in if they don’t have the ability to support their children without these benefits?” Camarota said.

Erin O’Neil-Baker, a Hartford immigration attorney, said many of her clients in the final stages of applying for permanent residency are concerned about the proposal. She said some clients are weighing whether they should continue receiving benefits for their citizen children.

“It’s a huge concern. When they think about if they receive HUSKY for their children who are U.S. citizens, will that impact them or keep them from getting permanent residency?” O’Neil-Baker said.