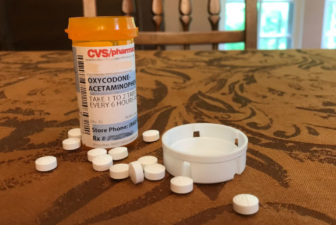 Connecticut became the latest state on Thursday to sue Stamford-based Purdue Pharma, saying the company purposefully downplayed the risks of addiction of OxyContin and other opioid painkillers.

The suit filed by Connecticut Attorney General George Jepsen in Superior Court in Hartford alleges Purdue “peddled a series of falsehoods” to push patients toward its opioids, reaping massive profits from sales while opioid addiction skyrocketed to the crisis level that is currently impacting Connecticut and states across the country.

“We vigorously deny the state’s allegations,” Purdue said in a statement.  “The state claims Purdue acted improperly by communicating with prescribers about scientific and medical information that FDA has expressly considered and continues to approve. We believe it is inappropriate for the state to substitute its judgment for the judgment of the regulatory, scientific and medical experts at FDA. We look forward to the opportunity to present our substantial defenses.”

Purdue also said the company’s opioid medicines “account for less than 2 percent of total prescriptions,” and said it “will continue to work collaboratively with the state toward bringing meaningful solutions to address this public health challenge.”

More than 25 states have sued Purdue, as have dozens of counties and towns, including about 20 in Connecticut. Those include Waterbury, Bristol, East Hartford, Torrington, Bridgeport and New Britain, among others.

Some of those Connecticut towns, including Waterbury, Bristol and Torrington, chose like Jepsen to pursue their claims in state court because Purdue Pharma is based here and they think the company’s liability risk is greatest in state court.  The others are suing in federal court and are part of the consolidation of those suits, now before a federal judge in Cleveland.

Jepsen is also suing Purdue over its marketing and distribution of two other painkillers besides the popular OxyContin —  Butrans and Hysingla.

Purdue said it ended its speaker programs, which tapped doctors to promote the prescription of these pain killers to other medical professionals at the end of 2016 and 2017.

Before filing the lawsuit, Jepsen was part of a multi-state investigation into Purdue. He said in a statement released Thursday that the states  tried to reach a settlement with the pharmaceutical giant.

“For a number of months, Connecticut and our multi-state partners have been engaged in intensive negotiations with opioid manufacturers and distributors in the hope of resolving potential legal claims in a way that would avoid protracted litigation and would bring opioid treatment resources to those who are desperately in need,” Jepsen said.

The Connecticut attorney general said, however,  “Purdue Pharma … has not demonstrated to me that it is serious about addressing the states’ very real allegations of misconduct and coming to a meaningful settlement.”

Jepsen also said he expected negotiations with Purdue to continue while the case makes its way through Superior Court.

Connecticut’s lawsuit against Purdue alleges the company led patients and doctors to believe that opioids were safe to treat even minor pain, and that patients could and should take higher and more dangerous doses. The state also alleges that Purdue sent sales representatives to doctors’ offices, clinics, pharmacies and hospitals in Connecticut to make ”deceptive” sales pitches about opioid drugs.

It said the company rewarded high-prescribing doctors with attention, meals, gifts and money; and gave bonuses to sales representatives who generated the most opioid prescriptions.

The company did not tell doctors that higher doses of opioids carried a heightened risk of addiction, overdose and death, the Connecticut lawsuit said.