Connecticut to get $5.2 million in Wells Fargo deal 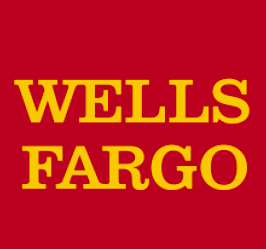 Wells Fargo will pay $575 million under a 50-state settlement led by Connecticut and three other states relating to fraudulent mortgage and insurance fees, as well as the scandal in which millions of accounts were created without consumers’ consent, Attorney General George Jepsen announced Friday.

The settlement is the latest in a series of steps by Wells Fargo, the nation’s third-largest bank, to resolve allegations of unfair trade practices first disclosed two years ago by federal regulators. It agreed to pay $1 billion in April to federal regulators and $65 million in October to New York.

“This settlement resolves Connecticut’s consumer protection claims against the bank and creates an important avenue for Connecticut consumers seeking redress for the bank’s  improper conduct,” Jepsen said. I’m proud of the strong, bipartisan work of the states in this investigation that has helped bring this matter to a close.”

Connecticut served on the multi-state investigation’s leadership and negotiating team with the attorneys general of Arizona, Iowa and Pennsylvania. All 50 states and the District of Columbia are parties to the deal.

“This agreement underscores our serious commitment to making things right in regard to past issues as we work to build a better bank,” said Tim Sloan, the president and chief executive officer of Wells Fargo.

Wells Fargo noted that the settlement covers previously disclosed issues and does not point to a widening of the bank’s challenges.

The states alleged that Wells Fargo imposed unrealistic sales goals on bank employees and offered both incentives for higher sales and the threat of termination for those who fell short, a mix that provided a motive for employees to commit fraud.

Wells Fargo has agreed to pay $385 million to approximately 850,000 auto finance customers, including 51,000 customers whose cars were repossessed.

As part of its settlement Friday, Wells Fargo must implement within 60 days a program   allowing claims by consumers who believe they were affected by the bank’s conduct, but fell outside the prior restitution programs.

Consumers with questions about the redress program can contact the Office of the Attorney General’s Finance Department at 860-808-5270.