Two 40-something New Haveners —a former alder who runs the Land Trust and an ex-federal prosecutor who targeted government corruption — are “seriously considering” challenging incumbent Toni Harp for mayor in 2019.

The two, Justin Elicker and Liam Brennan, have been meeting with community leaders and activists to build support for Democratic mayoral primary challenges.

“I love the city,” Brennan said in an interview. “I think it can do better with all the resources it has.”

For Elicker, a run would mark a rematch from 2013, when he emerged from a seven-candidate field to face Harp in a one-on-one general election campaign. Harp won that hard-fought contest by 1,900 votes, or about 9 percent. 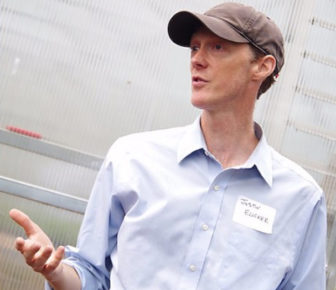 Elicker, who has been a visible presence at public gatherings this fall, estimates he has held 100 sit-downs with community people to gauge support for a rematch. (Many of the meetings have taken place at Greek Olive on Long Wharf, a favorite politico schmooze spot.)

“I’m serious about it,” Elicker said in an interview. “It’s time for a change. People are ready for a change.” He said he hasn’t decided yet whether he would also, as in 2013, seek to qualify for a general-election ballot as an independent candidate in addition to running in a Democratic primary.

Two top elected officials in town who have also been considering mayoral campaigns, State Rep. Juan Candelaria and City Clerk Michael Smart, told the Independent they do not plan to run in 2019 unless Harp chooses to retire.

“If Mayor Harp is running, I would not be running,” Candelaria said. “If she decided not to seek reelection, I will definitely consider running.” “I would never run against the mayor. I certainly would not rule out a future run,” echoed Smart.” (Two other local leaders considered future candidates, housing authority chief Karen DuBois-Walton and State Rep. Al Paolillo, have also not made moves to challenge Harp.) 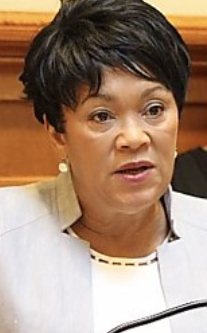 Harp said she indeed “intends” to run in 2019 for a fourth term. She did not set a date by which she plans a formal announcement.

She has been honing a message in recent appearances before community management teams. And she previewed it during her most recent appearance on WNHH FM’s “Mayor Monday” program, when a listener asked her to reflect on her record in 2018.

“One of the things I’m really proud is that for the past two years if you look at real murders and not things that happened in self defense, our murders have been lower than they have been for 50 years,” said Harp, who began her tenure attending funerals for slain teens. “Shots fired — in other communities around the country, guns are a real issue. They’re becoming less and less of an issue here in New Haven. It still happens too much, but way down compared to other parts of the state.”

Harp proceeded to state that since she became mayor, the high school graduation rate has climbed from 68 to 80 percent; the college “persistence” rate (graduates’ remaining in higher ed) has increased; while unemployment dropped from 10.7 to 4.9 percent.

She also highlighted a new “Clean & Safe Neighborhood” project her administration rolled out this year. It has sent teams of city inspectors and cops through Newhallville, then Fair Haven, then the Annex, then the Hill, to identify “quality of life” problems to fix such as broken streetlights, overgrown trees, collapsing buildings, and general code violations.

“There have been problems” in 2018, she acknowledged. “People wondered why I gave my staff, who hadn’t been given raises for seven years, raises. I think it was unfortunate when one of our trusted employees took another employee’s credit card and used it. I’m a little unhappy that that happened. But when you have 4,000 employees, things happen. Sometimes people make poor decisions.”

To Justin Elicker, part of the reason to challenge Harp in 2019 is to promote a generational leadership change. To usher in a post-Baby Boomer era.

“It’s time for the Democrats who have been in power for so long to step aside for new Democrats and new leadership.” remarked Elicker, who is 43. “We see it at the national level. We also see it at the local level: the inability of the Democratic Party to swallow that message that so many people are talking about.”

Harp served five years on the Board of Aldermen (as it was then called), then 21 years in the State Senate, before becoming mayor. Elicker spent two terms an East Rock/Cedar Hill alder before his mayoral run. Since then he has run the New Haven Land Trust, a period of growth for the organization. He has also had time to reflect on his 2013 run.

Elicker made a point of saying that “Mayor Harp has done a lot of good things for the city.” he also said that he has heard widespread “concern” among people in town “about the news coming out of City Hall and the Board of Education.” Mayor Harp made assuming leadership of the Board of Education and picking a new superintendent a top priority for this term.

People also have taken note of the wave of departures in top city posts. In recent months Harp has lost her chief administrative officer and her development administrator. Five top Board of Ed officials have departed in the past two months, while a school board member named by Harp resigned (twice) while publicly decrying politics and dysfunction among his colleagues.

Elicker said he has not set a specific date by which he plans to decide on whether to pursue the 2019 run.

“Room For All” Platform 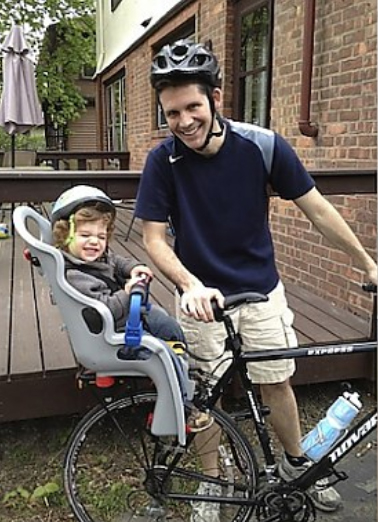 Brennan, meanwhile, said he plans to discuss with his family over the holiday break whether to launch his campaign. “I’m very much considering it,” he said.

Like Elicker, Brennan cited the turmoil at the Board of Ed as one reason to run. He has spoken out on school issues, including in this article. Brennan, who turns 40 next month, and Rebecca Borné, a consumer rights attorney, live in Westville and have four children, ages 2, 4, 6, and 8. The eldest two attend Edgewood School; you can find them riding in the back of Brennan’s bike as he ferries them to school before heading downtown for work.

Until this year, that work took place next to City Hall, in the U.S. Attorney’s Office. Brennan served there as an assistant U.S. attorney from 2011-2018. In 2015 he took over the office’s Public Corruption Task Force, prosecuting cases like this one against former Gov. John Rowland. He moved over to the New Haven Legal Assistance Association this year to fill a new job focused on community organizing for neighborhood-level community development.

His involvement in New Haven issues began during his time as a Yale law student, when he did legal research to support a City Hall-created program to institute an immigrant-friendly “Elm City ID” card. In addition to school issues, he has advocated for bike-friendly streets with Elm City Cycling and taken part in discussions about addressing the city’s affordable housing crisis as part of a “Room for All” coalition. The coalition includes Mothers & Others for Justice, the Connecticut Bail Fund’s Housing Not Jails initiative, the Dixwell & Newhallville Watchdog & Advocacy Committee, New Haven Rising, and Neighborhood Housing Services of New Haven. Last month he made a presentation of the coalition’s suggested fixes, which include adjusting the city’s 1960s-era zoning regulations to make it legal to build residences on lots currently deemed too small to hold a home. (Read more about that here.)

You can also find Brennan sometimes on MSNBC or in the pages of publications like the Washington Post, analyzing President Trump’s legal woes and criticizing his team’s immigration policies.

In an interview, Brennan spoke of “figuring out a way” to get local homes in the hands of local people who’ll keep them in good shape, rather than in the hands of “these landlord conglomerates” that are running them down. He spoke of building communal wealth through affordable housing opportunities for local people rather than a concentration on “just bringing in wealthy people from the outside.”

New Haven does have a “spending problem” symbolized by these episodes in 2018, he said. But he also agreed with Harp that it has a “revenue problem.” He cited statistics showing that New Haven actually spends less money per capita on its citizens than do many other communities, including other cities as well as wealthy towns like Greenwich and Woodbridge. “No one’s going around saying, ‘Woodbridge has a spending problem.’” He spoke of exploring new user fees (perhaps on health inspections, for instance) that would tap suburbanites to help pay for services that the whole region enjoys but only city taxpayers support.

Tackling those challenges will require “bold steps,” Brennan said. He’ll let New Haven know soon if he’ll be asking for the chance to take them.