Wentzell to serve as interim commissioner until replacement picked 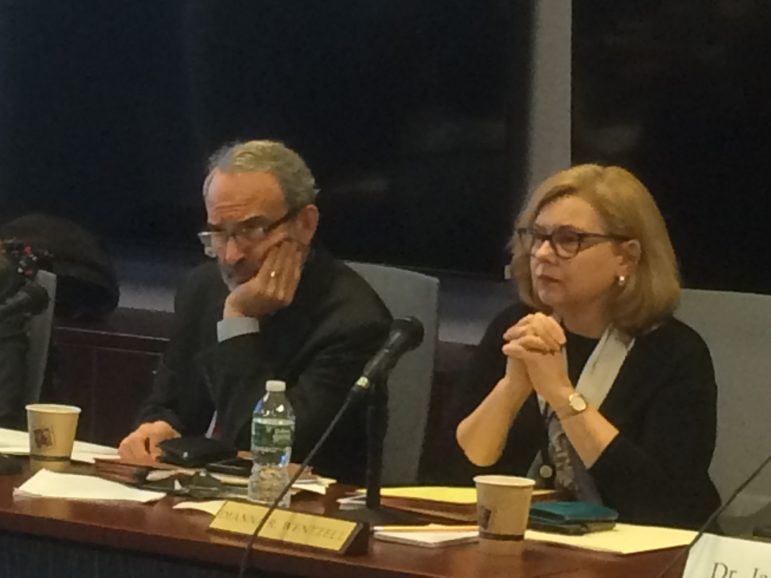 State Education Commissioner Dianna Wentzell will stay in her post on an interim basis until her replacement is selected under a decision made this week by the Connecticut  Board of Education.

Wentzell, whose term expires March 1, said she’s “proud to continue to serve and make sure that there’s a nice strong hand-off because it’s such important work.”

The timeline for the appointment of her replacement is uncertain because of several factors. While other commissioners are simply appointed by the governor with the approval of legislators, the state board of education chooses one or more candidates for education commissioner and then makes a recommendation to the governor.

The governor then makes his selection and nominates a candidate to the General Assembly.

Gov. Ned Lamont has a preferred candidate for the position, his spokeswoman has said, but she added, “he fully respects the Board’s critical role in the selection of a commissioner.”

On Wednesday, Allan Taylor, chairman of the education board, appointed the full board to the search committee, which he said is going to conduct a nationwide search for a new commissioner.

Asked whether Lamont’s preference for a candidate undermines the board’s search, Taylor said it does not.

“Certainly the governor’s preference is something we are aware of and that may have some effect,” Taylor said, “but we’re going to do what the state Board of Education is supposed to do: recommend one or even two candidates.”

Meanwhile, the board has six members whose terms end in March and it’s unclear how long it will take Lamont to nominate new members for the vacancies. Those new members must be approved by both houses of the legislature.

Joseph J. Vrabely Jr., one of the outgoing members of the Board of Education, said he’s “very concerned about not having a quorum for potentially three to four months.

But Taylor said he doesn’t think the department will “come to a halt if there should be some period of time when the legislative process has produced less than a quorum.”

He noted that the full board will stay on through the board’s March meeting, providing more time for the appointment of new board members.