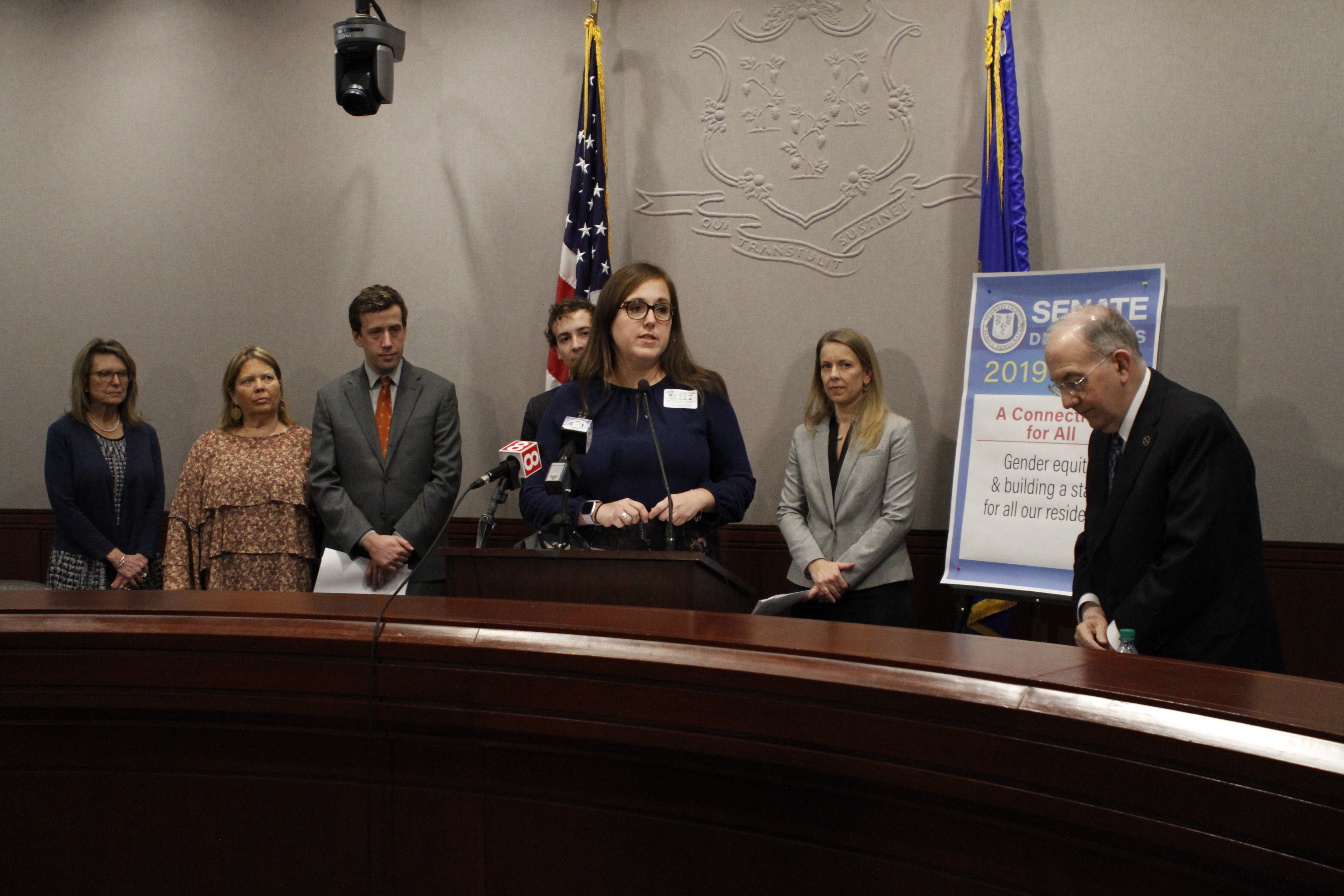 Like its 2018 predecessor, the bill would eliminate the statute of limitations for prosecuting many serious sexual assaults, bringing Connecticut in line with most other states, and impose new training standards to address sexual harassment in the workplace.

State Sen. Mae Flexer, D-Killingly, said the bill would once again be a top priority for Senate Democrats because it would give victims of sexual assault better access to justice.

“Victims of people like Larry Nassar and Bill Cosby, if those crimes happened here in Connecticut they would not be able to get justice in our state because our laws are so backwards and antiquated,” Flexer said.

A watered-down version of the bill, dubbed the “Time’s Up Act,” passed the Senate last year, but did not get called in the House.

The revived measure would eliminate the statute of limitations for forced rape and rape with the use of drugs, and require employers with three or more workers to provide sexual harassment training to all employees.

Currently employers with 50 or more workers are required to provide at least two hours of training on sexual harassment to supervisory employees within six months of their employment.

Connecticut’s current statute of limitations states victims of first degree aggravated sexual assault must report the offense to law enforcement within five years of its occurrence, according to the Rape Abuse and Incest National Network.

Senate President Pro Tem Martin M. Looney, D-New Haven, said lawmakers “certainly hope and expect to get it all the way across the finish line this year.”

Abrams, who serves as the Senate chair of the Public Health Committee, said she believes “that being deceived, delayed, or blocked in finding the health care you seek is a threat on public health.”

“The women of Connecticut are entitled to honesty regarding medical services, particularly when it comes to timely care, like that needed when faced with an unplanned pregnancy,” Abrams said.

Members of the caucus also outlined bills that would issue a prohibition on the use of nondisclosure agreements, strengthen laws regarding equal pay for equal work, bar discrimination against the LGBTQ community, and require diaper changing tables to be installed in newly constructed male and female public restrooms.

“As the sole Republican woman in the Republican caucus, I have to say all of us are concerned about women in the workplace and that they have equity and they are treated fairly,” Somers said.