SALT cap to hurt some CT taxpayers, while others benefit from GOP tax law 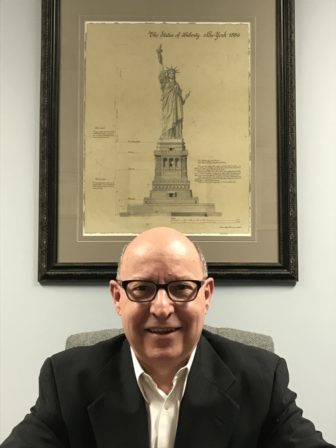 Alan Clavette, a certified public accountant in Newtown, is concerned about the impact the SALT cap will have on his clients.

Washington – As the tax filing season ramps up, Alan Clavette, a certified public accountant in Newtown,  joked that he is considering putting a sign on the door that says “don’t kill the messenger.”

That’s because the enormous new changes in the federal tax code will affect almost everyone filing their 2018 taxes. Clavette and other accountants in the state are concerned their clients won’t be fully prepared for the changes, especially those suddenly faced with higher federal tax bills this year.

“The tax world has been turned upside down,” said the owner of Clavette & Company. “I expect to have some difficult conversations with our clients.”

Connecticut is one of several states, including New York, New Jersey, Maryland and California, that will be most affected by the new cap on the deductibility of state and property taxes residents pay.

The new federal tax law, called the “Tax Cuts and Jobs Act” capped those deductions at $10,000. According to the Connecticut Department of Revenue Services, about 484,000 Connecticut tax filers took deductions for state and local taxes (or SALT) that exceeded the $10,000 cap in 2015, the last year for which this data is available.

The federal tax overhaul, promoted and supported exclusively by Republicans in Congress, will also help thousands of Connecticut taxpayers, especially young people and the elderly with modest incomes.

While cautioning that every tax filer’s situation is different, Clavette said two-earner families in the state with incomes between $150,000 and $250,000 are the most likely to be hurt by the new tax law.

That’s because those two-income families are more likely to pay high state income taxes and high property taxes that were fully deductible before, but now exceed the SALT cap.

Families in that income range may also have several children. In 2017, parents were able to deduct $4,050 for each child from their taxable income on their federal returns.  Now the deduction is only $500 and only children younger than 17 are eligible.

Bonnie Stewart, executive director of the Connecticut Society of CPAs said the new tax law’s impact will be felt “on a case-by-case basis.”

“But there are definitely a number of people in our state who will be paying more,” she said.

Connecticut has estimated that the SALT cap will cause  taxpayers to pay an additional $2.8 billion in taxes for the 2018 tax year.

But Stewart said there are other changes in the federal tax code that may offset the cap on SALT deductions for many Connecticut filers.

The GOP tax law will also make many Connecticut residents happy this year. Those who don’t itemize will benefit from a doubling of the standard deduction of $12,000 for single filers and $24,000 for married couples.

People in this group of taxpayers tend to be younger, renters instead of homeowners, and retirees who have paid off their homes and no longer have a mortgage interest deduction or itemize their deductions.

Many of the state’s wealthiest residents will also benefit. Some high-income filers who paid the alternative minimum tax will now be exempt. More importantly, these wealthier tax filers will benefit from the new federal tax brackets. The top tax bracket has dropped from 39.6 percent to 32 percent.

The problem, at least politically, for the GOP is that it sold the new tax law as a benefit to all Americans.

In three of the states most affected — New York, California and New Jersey — Republicans lost 14 U.S. House seats in the 2018 midterms. Those seats accounted for about a third of the party’s overall losses.

Eliminating the cap would also pose problems as it’s a key revenue raiser in the $1.5 trillion tax-code overhaul, paying for the slashing of rates for businesses and individuals.

The GOP argues the restriction on SALT deductions is a matter of tax fairness. Why should wealthier, “blue states” get a tax break that “red states” don’t enjoy, they asked. 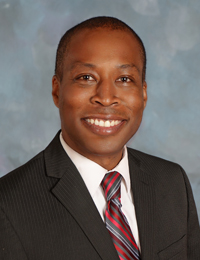 Since property taxes and income taxes tend to be lower in red states, where wages and the cost of living is also lower, taxpayers in red states are much less likely to hit the cap.

Democrats, meanwhile, say the cap was imposed to punish states that vote Democratic.

“This was firmly targeted to a handful of blue states,” said Connecticut Commissioner of Revenue Services Scott Jackson.

Last year, Connecticut approved a workaround for the SALT cap, allowing cities and towns to set up non-profit and charitable organizations that would accept donations from taxpayers that could be deducted from a property tax bills.  Taxpayers are still allowed to take an unlimited amount of charitable deductions.

Jackson said not one of Connecticut’s 169 cities and towns has taken advantage of the state’s workaround.

With the Democratic takeover of the House, however, calls for eliminating the SALT cap have grown in Congress.

Reps. Tom Suozzi, D-N.Y., and Peter King, R-N.Y., have introduced the “SALT Fairness Act,” which would re-establish the full deductibility of state and local taxes on a federal return.

“Are we going to get everything we want, I don’t know,” said Suozzi recently on WSHU. “We are going to have to fight our way through to get it done.”

While Trump told regional newspaper reporters this week that he’s “open to talking about” revisions to the SALT cap, the GOP-led Senate is unlikely to start unraveling their tax bill, which Republicans consider a major GOP accomplishment, and would likely force raising the tax rate on corporations.

Senate Finance Committee Chairman Charles Grassley, R-Iowa, indicated this week he would not consider any changes to the cap.

The battle has also been enjoined in the courts, with  Connecticut, New York ,New Jersey and other blue states suing the Trump administration over the cap.

The lawsuit is based on the U.S. Constitution’s equal protection clause and principles of federalism that date back to the nation’s founding.

Citing the nation’s first income tax, a provisional levy enacted in 1862 to help finance the Union effort during the Civil War, the lawsuit argues that all state and local taxes first were deducted from the new federal tax obligation.

Meanwhile, real estate agents in blue states are concerned that the limitation on property tax deductions may drive home buyers to less expensive homes, resulting in an overall lowering of real estate values.

“I’m not seeing a substantial impact,” said Dan Keune, president of the Connecticut Association of Realtors, about the effect of the SALT cap in the state. “It may take a while after tax time for people to understand.”