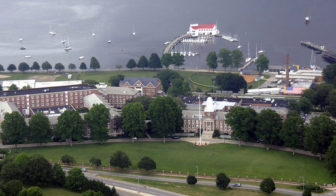 And 45 percent of female cadets at the academy said they were sexual harassed last year, up from 36 percent in the previous report released in 2016.

Those were the preliminary results of the 2018 Service Academy Gender Relations Survey, which will be released in its final form in April.

The  survey, conducted anonymously, found that gender discrimination at the Coast Guard Academy, which educates and trains about 1,000 cadets, rose from 11 percent in the 2016 report to 17 percent in the 2018 report.

“The results are alarming as this increased trend in unwanted sexual conduct, sexual harassment, and gender discrimination further jeopardizes the safety, well-being, and success of cadets,” said Cmdr. Edward Hernaez, the assistant commandant of cadets, in an e-mail to students detailing the results of the survey.

Sexual assaults and sexual harassment of male cadets also increased, with unwanted sexual contact increasing from 1 percent in 2016 to 3.6 percent in 2018.

The Pentagon said the number of reported sexual assaults increased from 43 to 48 at the U.S. Military Academy at West Point from between 2015 and 2018. Assaults also rose from 29 to 32 at the U.S. Naval Academy; and dipped slightly from 22 to 21 at the Air Force Academy.

Conducted every two years and submitted to Congress, the Pentagon surveys found that the number of students at the Army, Navy and Air Force academies who said they experienced unwanted sexual contact increased by nearly 50 percent over the 2016 report. More than half of the incidents involved alcohol.

But the Coast Guard  Guard Academy survey said that in 2018 there was a “a decrease in alcohol use by either victim or offender at the time of the event.”

Some say the rise in the numbers of sexual assaults and harassment in the surveys are the result of a greater willingness of cadets to report the behavior.

“Yes, the increase in these percentages may be due to the fact that more people feel comfortable with reporting these sorts of offenses now than back in 2016, but I know for certain that unwanted sexual contact,  harassment, and gender discrimination are still a problem here at the Coast Guard Academy and throughout the Coast Guard,” Hernaez said in his email to cadets (emphasis is his).

Cases of sexual assaults and sexual misconduct at the military service academies are reported up the chain of command and any punishment against perpetrators is meted out by the military.

Some victims of sexual assault say they are subject to retaliation, and that many sexual predators escape justice. Advocates for the victims, and a growing number of members of Congress, are calling for military prosecutors to handle sexual assault cases and if necessary, turn over all academy cases to the relevant civilian justice systems. 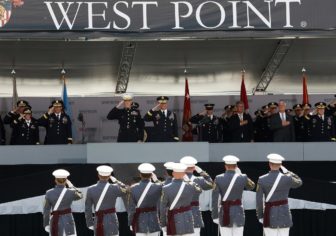 Rep. Jackie Speier, D-Calif., the head of a House Armed Services subcommittee that held a hearing last month on sexual assaults at the military academies, said the Pentagon report is “a scathing indictment of the academies’ culture, approach to prevention and response, and ability to hold violators to account.

“Academy leaders must promote a strong culture of dignity and respect, educate students on right and wrong, and have zero tolerance for violations,” Speier said. “The Superintendents have said they’re doing much of this, but the problem has gotten worse. Leaders must enforce this culture and earn students’ trust by making good on promises to impose severe penalties on predators.”

At that same hearing, Don Christensen, a retired Air Force officer and president of Protect our Defenders, a group working to end sexual assaults in the military, said he feared military leaders “do not understand the level of distrust many survivors have in the chain of command.”

Lawmakers are also investigating allegations of racial discrimination and harassment of minority cadets at the Coast Guard.

Last June, Reps. Joe Courtney, D-2nd District, Bennie Thompson, D-Miss., and Elijah Cummings, D-Md., requested the Coast Guard provide them with “all documents, including authority memoranda, investigative reports, panel sheets, final action memoranda and post-investigation talking points” regarding allegations of harassment or bullying made by any student or faculty member of the academy during the past three years. The lawmakers also asked to see the results of any investigations the Coast Guard conducted as a result of those allegations.

The lawmakers are still waiting for some of the information they have requested.