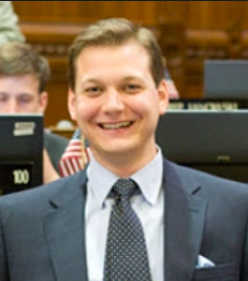 Bryan Hurlburt, a former Democratic state legislator who has worked to promote farming in Connecticut as a Barack Obama appointee and more recently as the head of a non-profit trade group, was nominated Monday by Gov. Ned Lamont as the state commissioner of agriculture.

The nominee is currently the executive director of the Connecticut Farm Bureau Association, which serves as a marketer for agriculture as well as an advocate for the state’s $4 billion farming industry at the State Capitol.

Hurlburt was in his fourth term representing the 53rd District of Ashford, Tolland and Willington in the House when he resigned in 2013 to become the executive director of the Connecticut office of the U.S. Department of Agriculture Farm Service Agency.

“Bryan has years of experience not only advocating on behalf of Connecticut’s farms from an economic standpoint, but he also understands the vital role that our agricultural community has in improving the nutritional health of our state, particularly in regards to serving lower-income communities,” Lamont said.

After leaving the Obama administration, Hurlburt worked at Wholesome Wave, a non-profit in Bridgeport that helps provide affordable fresh foods to underserved communities. He joined the farm bureau in July.

His appointment is subject to confirmation by the General Assembly.

Lamont now has chosen 25 agency heads. He reappointed 10 from the previous administration and named 15 new commissioners. He still has to pick commissioners of education and social services.