Advice for next FDA chief: Go big on e-cig regulation 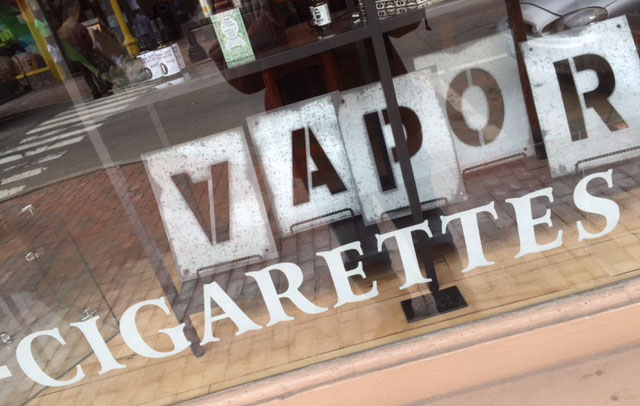 In an almost uniform response to the impending exit of Food and Drug Administration Commissioner Scott Gottlieb, city and county public health officials are urging the Trump administration to go bigger in its response to adolescents’ growing use of e-cigarettes.

The issue, they say, is reaching crisis levels and many worry the FDA’s much-touted efforts are falling short.

Gottlieb, whose almost two-year tenure heading the agency won praise for advancing key regulations in an administration geared toward deregulation, plans to leave April 5, with his farewell tour emphasizing his work on e-cigarettes. His departure, though, highlights a complicated, two-track story.

In Washington, Gottlieb has been credited with taking on Big Tobacco and the e-cigarette industry. But health officials on the front lines say they want more federal action.

“We were encouraged by some of the statements and actions of the [outgoing] FDA commissioner,” said Bill Snook, a spokesman at the health department in Kansas City, Mo.

But Dr. Sara Cody, who runs the Santa Clara County, Calif., health department, views the steps taken by the FDA as “too little and too late.” She pointed to proposed regulations that haven’t taken effect and to limits on how flavored vapes are sold that she and others argued did not go far enough.

Gretchen Musicant, who heads Minneapolis’ health department, agreed. “Their action so far is not demonstrable,” she said.

Now, they are waiting to see what Gottlieb’s permanent successor — who has yet to be named — will do. (Dr. Norman “Ned” Sharpless, director of the National Cancer Institute, will fill Gottlieb’s role on an interim basis and has been a vocal supporter of efforts to curb e-cigarette use.)

Experts see youth vaping rates at epidemic levels: In 2018, about 1 in 5 high school-age students were reported to use electronic cigarettes, according to data from the federal Centers for Disease Control and Prevention.

And the consequences are vast. Jerry Berkson, an assistant principal at Palo Alto High School in California, said his desk is full of vapes he has confiscated from students. For more than a month this school year, the administration had to shut down certain bathrooms during class time so that students wouldn’t go there to smoke. Increasingly, students have missed large chunks of class because illicit e-cigarettes keep setting off the fire alarm.

It’s a complex issue for federal regulators, though. E-cigarettes, which don’t burn tobacco but do contain nicotine, have found champions among adult smokers trying to quit. Many say the devices provide a less damaging alternative — and are more effective than nicotine patches or nicotine gum.

But use by adolescents, who appear to be lured by the flavored juices that fuel these vapes, pose a concern. Even without tobacco, nicotine addiction and exposure can severely damage a young person’s brain. Plus, some users will, medical experts say, end up transitioning to tobacco-filled products.

As vaping rates among teens climb, the FDA has made a high-profile effort to address the public health concern without trampling on adults’ rights. The agency in 2016 classified electronic cigarettes as tobacco products that fall under its regulatory jurisdiction.

Gottlieb has threatened e-cig manufacturers, saying the FDA would ban their products if companies didn’t take steps to combat youth vaping. His declaration that youth vaping constituted an “epidemic” has brought attention to the issue, said Samir Soneji, an associate professor of health policy at the Dartmouth Institute.

And, during a recent wide-ranging interview with KHN, Gottlieb reiterated his expectation that “the FDA is prepared to look at banning” these products, specifically mentioning the products that use flavored pods, or cartridges, “because those are the ones kids are abusing.”

Earlier this month, the agency put out a draft guidance that would bar the sale of fruit- and candy-flavored e-cigarettes in places easily accessible to young people. It would also require manufacturers to submit documentation by 2021 showing that flavored products meet public health standards in order to gain the FDA’s approval. Until then, those flavors could stay on the market.

Those steps have won praise from some experts.

“These actions show … an appropriate response to the rapidly escalating youth e-cigarette epidemic,” said Steven Kelder, an epidemiology professor at the University of Texas School of Public Health in Austin.

But others worry this is part of a broader pattern: federal action that takes too long and is too narrow to have the needed effect.

Critics say that giving manufacturers until 2021 to get a federal OK — and leaving flavored products on the market until then — means more years for children to develop nicotine addictions or transition from electronic cigarettes to conventional tobacco products.

“They’re proposing things and putting them off into the future. But the actual enactment of their recommendations has not happened yet,” said Minneapolis’ Musicant.

Also, the restrictions on flavors don’t touch menthol- or mint-flavored products, which are used by more than 50 percent of young vapers, according to CDC data.

Multiple local public health advocates highlighted mint and menthol flavors as a major concern when it comes to youth use but note that federal regulators have not addressed the issue. This was a theme at a recent gathering in Washington, D.C., of the Big Cities Health Coalition, an organization of health departments from around the country.

“They need to be included in the ban,” said Snook, of Kansas City.

Other health lobbies, such as the American Heart Association and the Campaign for Tobacco-Free Kids, have made the same argument.

In a statement, Gottlieb suggested that the FDA would take a harder look at those flavors if they continued to pose a problem — and said the agency is not restricting them, for now, because of their appeal to adults trying to quit tobacco.

“We won’t ignore data regarding the popularity of mint- and menthol-flavored [vapes] among kids, should the concern rise,” Gottlieb said. “We’ll continue to use all available resources to monitor the rates and use patterns among youth and adults for these products, and we’ll reconsider our policies with respect to these products, if appropriate.”

States and counties have taken steps on their own.

The FDA’s response so far, Musicant said, spurred Minneapolis to take action — restricting the sale of flavored products to stores where only adults 18 and older can enter and raising the tobacco age to 21. But there are limits to what the city and even state can do. (Online sales, for instance, are a major vape source for young people and can’t be addressed without federal input.)

San Francisco has banned the sale of any flavored tobacco product, a law encompassing e-cigarettes and conventional ones, and it is weighing a ban on e-cig sales altogether, until the products have FDA approval. In Santa Clara County, only adult vape shops can sell e-cigs, Cody said.

Locally based policies will quickly hit a ceiling, Soneji said. They create a potential for a “black market” — a San Francisco resident could pick up e-cigarettes in neighboring Oakland, for instance. That problem doesn’t exist if the federal government steps in, he added.

And delays matter substantially, especially given the speed with which adolescent vaping has taken off.

“The pace at which this epidemic is developing is shockingly fast,” Cody said. “That means the response has to be so fast — and it’s not.”

This story first appeared March 28, 2019, in Kaiser Health News (KHN) is a national health policy news service. It is an editorially independent program of the Henry J. Kaiser Family Foundation which is not affiliated with Kaiser Permanente.