No work stoppage yet, but even a strike vote has its costs 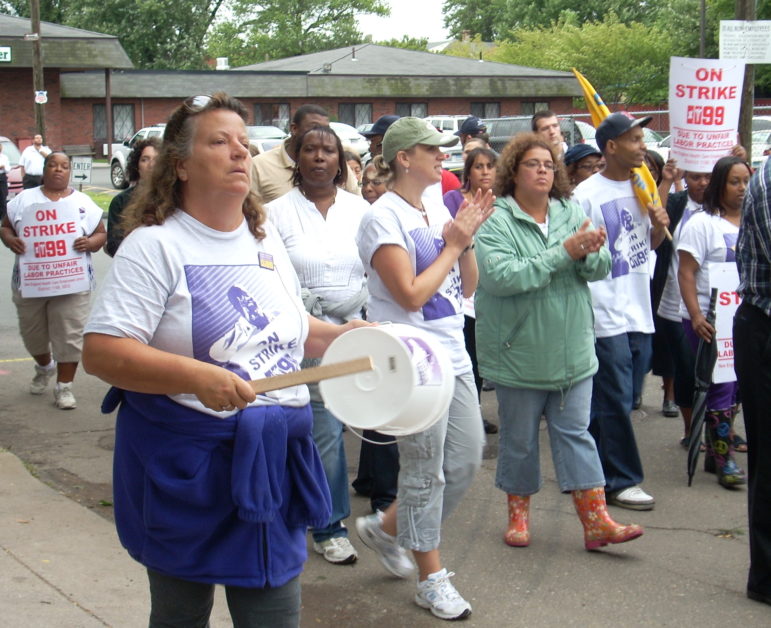 Unionized care givers protesting in 2015 outside of the Park Place nursing home in Hartford.

{Updated at 2:35 p.m. with a comment from Governor Lamont’s office.}

The state’s largest healthcare workers’ union warned Friday that as many as 2,500 employees at 20 nursing homes could be on the brink of a strike by the end of next week.

Unionized workers at 12 homes already have voted to approve a strike, and those at another eight are expected to have done so by next Friday, said Pedro Zayas, spokesman for New England Health Care Employees Union, District 1199 SEIU.

Those votes cast and the impending votes don’t guarantee a work stoppage for the roughly 2,500 unionized care providers. But rank-and-file workers will have empowered union leaders to order a strike — with at least a 10-day notice — if the union cannot convince state legislators and Gov. Ned Lamont to increase funding for nursing homes this spring.

Most of the homes threatening a strike are run either by Icare Management or Autumn Healthcare. Zayas said most facilities are located in and around the states’ largest cities, including Hartford, Waterbury, Bridgeport and New Haven.

“Wages for nursing home workers have remained stagnant, with just a 2 percent increase, since 2015,” the union wrote in a statement that also announced a mid-day press conference Monday to discuss the potential for a strike.

When he proposed a new, two-year state budget back in February, Gov. Ned Lamont did not include any rate increase for nursing homes.

Connecticut has just over 220 nursing homes with more than 26,000 licensed beds. Federal and state Medicaid funds cover the cost of roughly 70 percent of nursing home care in the state.

The Connecticut Department of Social Services is required to reassess nursing home costs at least once every four years, and to provide inflationary increases to homes during the years when a formal reassessment isn’t done.

But Sen. Cathy Osten, D-Sprague, co-chairwoman of the Appropriations Committee, said her panel hasn’t decided what it will recommend when it proposes its two-year spending plan in late April.

“I am concerned about it and it’s something we continue to look at,” Osten said Friday. “Right now I don’t know what the answer for nursing homes is.”

“We sincerely appreciate and respect the valuable work completed in the nursing homes and hope productive discussions continue between the unions and the owners in order to avoid a strike,” Lamont spokeswoman Maribel La Luz said.

Both legislators and the governor are struggling to close major deficits projected for each of the next two fiscal years. Spending — unless adjusted — is on pace to exceed revenues by $1.7 billion next fiscal year and by $2 billion in 2020-21.

The union is recommending a 4 percent increase for all nursing home care givers industrywide, involving union and non-union personnel, Zayas said, adding District 1199 estimates this would cost $40 million per year. About half of that cost would be borne by the state and half would be covered by federal Medicaid payments to Connecticut. “Definitely we can’t accept nothing,” he said.

The union spokesman also noted that certified nurse assistants will have seen their hourly rate grow by only 25-to-30 cents over the past five years if no raise is approved this year.

District 1199 represents 7,000 unionized workers at 65 Connecticut nursing homes combined. Zayas said about 4,000 workers at 43 homes — including the 2,500 workers at the 20 facilities that have voted to strike or are expected to do so next week — have been working for nearly two years under expired contracts.

Matthew V. Barrett, president and CEO of of the Connecticut Association of Health Care Facilities, told the CT Mirror in late February, when Lamont proposed his budget, that inflationary adjustments to state payments for nursing homes are needed “now more than ever.” 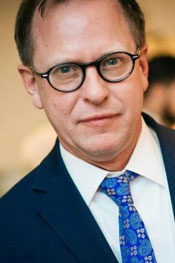 Barrett, whose group represents 160 nursing homes, said all facilities in Connecticut are facing “tremendous upward pressure on wages” because of the many skipped inflationary adjustments, as well as low unemployment.

Barrett noted Friday that even if no strike occurs, some nursing homes and the state will face additional charges.

Homes are required, if a strike vote has been approved, to begin planning  for replacement workers. This involves contracting for temporary workers as well as transportation, security services and housing.

And while a full strike could cost the industry tens of millions of dollars, nonrefundable deposits due during planning still can cost hundreds of thousands of dollars.

Nursing homes can seek reimbursement for a significant portion of these costs through Medicaid, which means ultimately Connecticut and the federal government would foot much of the bill.

“The real costs are associated with the trauma and anxiety that nursing home residents experience when they are separated from their caregivers in a labor action,” Barrett added, “so we are very concerned.”