House authorizes columbarium (after looking it up) 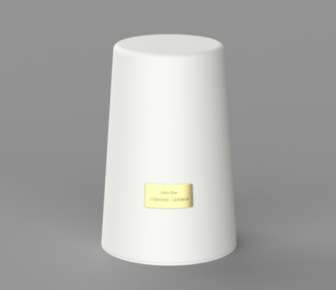 One of the stackable urns that would be used at Penfield.

A bill to authorize the use of a lighthouse to store cremated remains. A measure urging accommodations in the workplace for breastfeeding mothers. The regulation of e-scooters. It was an eclectic day of business Tuesday at the Connecticut House of Representatives.

The votes on those bills are a sign of the season, the time when the General Assembly begins to act on the legislation stacked up on the House and Senate calendars. They shared two traits: They were not partisan and easily won passage in one or more legislative committee.

“The bills that pass out of committee with no opposition or very little are easier to run earlier,” said House Majority Leader Matt Ritter, D-Hartford. “As we get into May, we get into meatier bills or weightier bills. This is pretty par for the course.”

The day’s business could not, however, be described as entirely routine, not when there was a debate on “An Act Concerning the Use of the Penfield Reef Lighthouse as a Columbarium.”

It is an early nominee as the weirdest bill of the 2019 session.

“This just has so many different shades of weirdness,” said Rep. Tami Zawistowski, R-East Granby, the ranking Republican on the Planning & Development Committee, which approved the bill unanimously.

“This just has so many different shades of weirdness.”

“I told Tami, I think we get the win here for the most interesting bill,” said Rep. Cristin McCarthy Vahey, D-Fairfield, the committee’s co-chair. “Ironically, this is my first bill as a committee co-chair, and it’s totally classic.”

The House voted 118-26 Tuesday to pass and send to the Senate a bill that authorizes the state Department of Energy and Environmental Protection to permit the historic lighthouse in Long Island Sound to be used as a columbarium, a final resting place for urns containing cremated remains.

Columbarium comes from the Latin, columba, for dove or pigeon, a reference to the niches for urns, which resemble pigeon holes. The bill comes from a partnership struck by Americas Castles LLC and a non-profit group, the Eternal Light Foundation.

Built in 1874, the Penfield Reef Lighthouse is an octagonal structure built of timbers and granite. It stands 51-feet tall, warning mariners of a reef that stretches off Fairfield Beach into Long Island Sound, about a mile from the entrance of black Rock Harbor in Bridgeport. It is listed on the National Register of Historic Places. 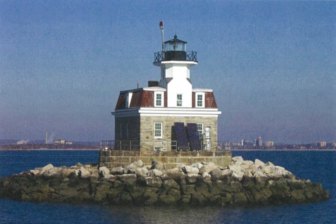 Hurricane Sandy pounded the lighthouse with 30-foot waves and a 13-foot storm surge, requiring $1.2 million in repairs. The lighthouse is automated and no longer requires a keeper.

The federal government accepted a $282,345 auction bid in 2016 from Americas Castles for use of the building, while the state approval is necessary as it controls the submerged lands on which it rests.

McCarthy Vahey said the project is a creative adaptive reuse for the structure, providing an affordable way for the town of Fairfield and state of Connecticut to preserve the structure.

“Can families and loved ones come to visit? Is it open to the public?” asked Rep. Jack Hennessy, D-Bridgeport, during the brief debate.

McCarthy Vahey said no visits would be allowed, since access to the lighthouse is dangerous by boat and, at low tide, by wading.

Once rare, cremation is chosen over burial in more than half of Connecticut deaths.

By a vote of 143-1, the House also approved a bill that defines “electric foot scooters” — commonly called e-scooters — and generally gives e-scooter riders the same rights, privileges, and duties as existing law provides for bicycle riders. It also voted 142-1 to pass and send to the Senate a bill encouraging employers to accommodate breastfeeding mothers by providing a private space for them to pump their milk.

The House also voted 77-67 to accept an arbitration award that provides general wage increases of 3.5 percent in each of the next two years to 34 deputy wardens. Seven Democrats joined all 60 Republicans in voting to reject the award.