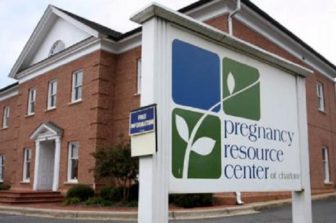 As a constellation of states pass laws to restrict or ban nearly all abortions, Connecticut lawmakers took aim Thursday at faith-based centers that deceive women seeking medical assistance for a pregnancy.

The state House voted to advance a measure that prohibits deceptive advertising practices by the so-called crisis pregnancy centers. Critics say staff at the facilities sometimes pose as medical professionals to lure women and hand out misleading information about abortions.

The bill also would halt misleading advertising on billboards, buses, brochures or websites.

Proponents said they were emboldened by several laws passed recently in other states, including a near-total ban on abortions in Alabama, and legislation in Kentucky, Mississippi, Ohio and Georgia that prohibits abortions once a fetal heartbeat is detected.

“As everyone is aware, women’s reproductive rights are under attack across the country,” said Rep. Jillian Gilchrest, D-West Hartford. “The anti-choice religious right has a strategy to go after women’s reproductive health care in the courts at the national level and at the state level, and part of that strategy are crisis pregnancy centers.”

The bill approved Thursday would give the state Attorney General’s office the power to seek a court order to stop the deceptive practices. Centers found in violation would get a written notice and must correct the problem within 10 days. If no action is taken, the attorney general could appeal to the court, which may require centers to pay for and disseminate corrective advertising or to post a remedial notice that corrects the misleading advertisements.

If the court finds a faith-based center in breach of the law, the attorney general could also impose civil penalties of $50 to $500 per violation, along with attorney’s fees.

Republicans fumed over the measure, saying it unfairly targeted faith-based institutions and gave unnecessary powers to the Attorney General’s office. They introduced unsuccessful amendments that would have expanded the bill to include all pregnancy-related centers in Connecticut and kept the regulating power with the Department of Consumer Protection.

Some called the bill’s language too vague and others claimed it would impair the facilities’ mission to provide religious counseling.

“No one should take a ‘no’ vote on this bill as being anti-woman, as being anti-choice, as quite frankly, being anti-anything,” House Minority Leader Themis Klarides, R-Derby, said. “This is pigeon holing and it is changing the control of enforcement for no reason. If you want to protect women in this state and make sure that people have the proper information … make this  a comprehensive bill.”

Democrats brushed aside assertions that the measure would disrupt a woman’s ability to connect with the religious centers.

“This bill is not about curtailing free speech, it is not about shutting down businesses, it is not about preventing women from getting religious counseling,” said Christine Palm, D-Chester. “It is simply about truth. … I stand strongly in support of this bill, so we do not start marching backward in time.” 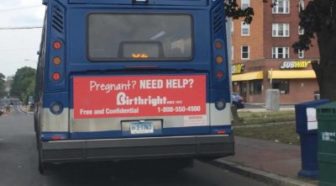 The measure now heads to the Senate.

Palm said she had received “dozens” of emails from constituents urging support of the legislation.

Republicans noted that no formal complaints have been logged with the consumer protection department against Connecticut’s 25 or so faith-based pregnancy centers. But Rep. Jonathan Steinberg, a co-chair of the legislature’s Public Health Committee, said many women may be unfamiliar with the reporting process or too intimidated to come forward.

The effort to regulate religious centers in the state began in the capital city, which passed an ordinance in 2017 and began enforcement last year. Hartford’s mandate requires faith-based institutions to disclose whether their staff carry medical licenses, and bans them from engaging in false or deceptive advertising practices.

Starting in October, city pregnancy centers that did not have a licensed medical provider on staff or on site were required to post a sign in the window and reception area saying so. The centers also must disclose the information on telephone calls and on their websites. Facilities that don’t comply may be fined up to $100 a day.

A federal lawsuit was filed in April challenging Hartford’s ordinance. The case is pending.

The statewide bill now heads to the Senate.

“There is an underlying theme. We see it across the country. We saw some shocking things,” House Majority Leader Matthew Ritter, D-Hartford, said Thursday. “The most important thing, at least from my personal opinion, that underlines all of the things we are talking about … is a women’s choice.”