It’s Saturday, everyone gets ‘a little something’ 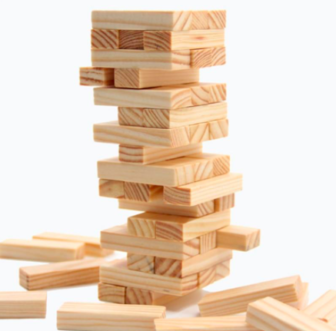 A Jenga puzzle is is how Rep. Mike D’Agostino sees the structure of liquor laws.

Bipartisan legislation approved on a busy Saturday by the House of Representatives cuts a path through a thicket of Connecticut liquor laws and regulations with roots reaching back to the repeal of Prohibition. An overhaul of the bottle bill did not fare as well.

On a vote of 140-5, the House gave final passage to An Act Streamlining the Liquor Control Act, a compromise produced by legislators and lobbyists over beers at a meeting hosted by a Hooker.

That would be the Thomas Hooker Brewery at the Colt complex in Hartford. Lobbyists and legislators crowded into a conference room at the brewery, negotiating the bill page by page.

“We’ve really dragged this industry into the 21st century with this bill,” said Rep. Mike D’Agostino, D-Hamden, the co-chair of the General Law Committee, which oversees liquor laws.

It was a brisk Saturday at the State Capitol for the House, where the 151-member chamber tried to move business in advance of the three-day sprint to adjournment that begins Monday with a debate and vote on the state budget. Adjournment deadline is midnight Wednesday.

Democrats and Republicans negotiated a list of bills that could pass the chamber with little debate Saturday. The Senate did not meet, though staff and some senators were at the building, working on he budget.

The liquor bill was the product of a bipartisan working group. Among other things, the measure loosens many of the restrictions that have frustrated Connecticut craft brewers, distillers and winemakers.

It creates a “Connecticut cafe permit,” allowing the cross-selling of products. Now limited to selling its own beer, a brewery or winery now would be able to offer craft liquor, wine, cider and mead made elsewhere in the state. Now limited to nine liters, a retail customer could buy nine gallons directly from a craft brewer.

With platoons of lobbyists defending three rigid tiers of manufacture, distribution and retail sales that were established in the 1930s, liquor laws historically have been among the most difficult to revise. Every sector is inextricably linked to another, creating what D’Agostino likened to moving one piece of a Jenga puzzle.

“There is no other industry up here at the Capitol that is more dominated by special interest than the liquor industry,” D’Agostino said.

Want to sell a gift basket at a package store? Its contents are set by law. If you are a wholesaler wanting to sell cases of with different types of liquor, state laws make it impossible. Another law dictates “effective separation” of dining areas, bathrooms and the bar in restaurants.

“These are silly little things that existed for decades,” D’Agostino said.

They all would disappear in the bill approved Saturday and sent to Gov. Ned Lamont. D’Agostino credited two Republican members of his committee, Rep. Dave Rutigliano of Trumbull and Sen. Kevin Witkos of Canton.

“We brought every stakeholder to the table,” Rutigliano said. “Everybody got a little something.”

Rutigliano said it was Witkos who attacked the arcane permitting system, figure out how to shrink more than 40 permits to just 13, with four major ones.

During the Senate debate on the bill Thursday, Witkos said that although the state has been slow to change laws regulating the industry, it has still managed to thrive.

“When you’re talking about something that’s a very highly regulated industry you tend to move very slowly, but we’ve progressed and made baby steps in all of the industries,” Witkos said. “They’ve been limited, but even with that limitation we’ve seen significant economic impact and job growth.”

Witkos pointed to the beer industry which, following a 2012 law change that revived liquor sales on Sundays, experienced tremendous growth.

“There were approximately 650 people employed in the beer industry and by 2019 the number of jobs reached over 5,000,” he said.

An effort to expand the state’s bottle bill and raise the redemption fee from five cents to a dime failed Saturday. The House instead amended the measure to call for a study.

Some of the other bills passed Saturday:

House Bill 6637 would raise money to attack invasive weeds in lakes by requiring a person who registers or uses a watercraft in Connecticut to purchase an invasive species stamp. The stamp would cost $5 for in-state vessels and $20 for out-of-state vessels.

Senate Bill 1100 would tighten the laws against voyeurism, specifically the act of “upskirting.” The bill specifies that this crime applies when the victim has a reasonable expectation of privacy, regardless of whether the victim is in a public place.

Senate Bill 1026 would create incentives to grow the bioscience industry in Connecticut.

House Bill 5139 would permit “tobacco bars,” places where at least 20 percent of the income is derived from the sale of tobacco and humidors are available for rental. Under current law, there is only one cigar bar allowed in the state.