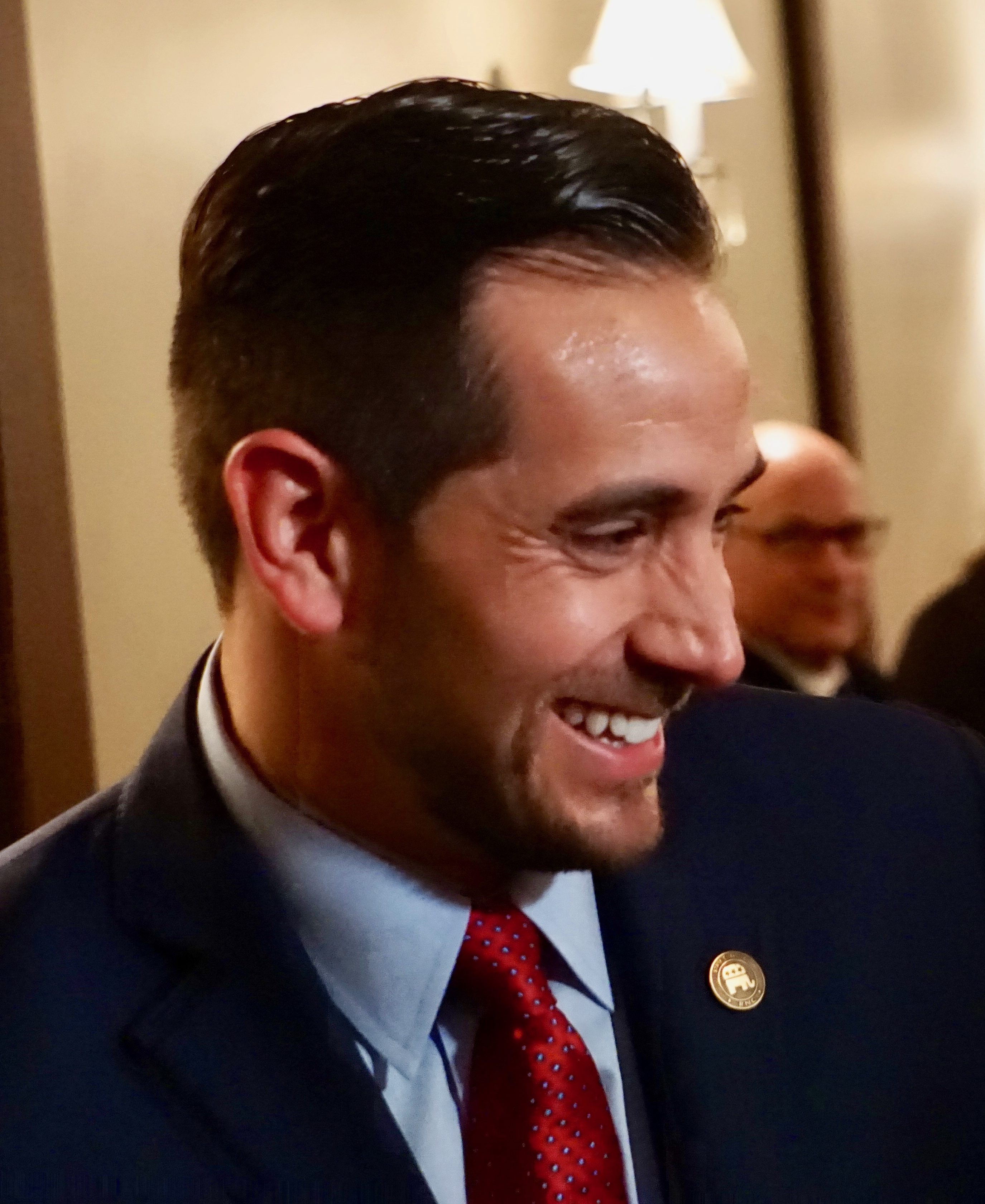 Farmington —J.R. Romano was elected Tuesday to a third two-year term as state chairman of the Connecticut Republican Party, surviving a challenge over the degree to which he bears responsibility for a disastrous 2018 election cycle.

The 74-member State Central Committee overwhelmingly voted for Romano, who captured the post four years ago after a similar debate over how to re-energize, reorganize and re-brand a party that holds no statewide or federal offices and is barely clinging to a 20-percent share of registered voters.

“The sentiment was very clear tonight: We’re going to focus on going after the Democrats,” Romano said.

Susan Hatfield of Pomfret, the party’s nominee for attorney general in 2018 and an early supporter of Donald J. Trump in 2016, was elected vice chair without opposition, succeeding John Slater and returning a woman to the GOP leadership.

“I think Sue did a tremendous job as as a statewide candidate,” Romano said. “I think the entire party recognizes that she needed to have a seat at the table in terms of leadership. Her voice and her work ethic is a force.” 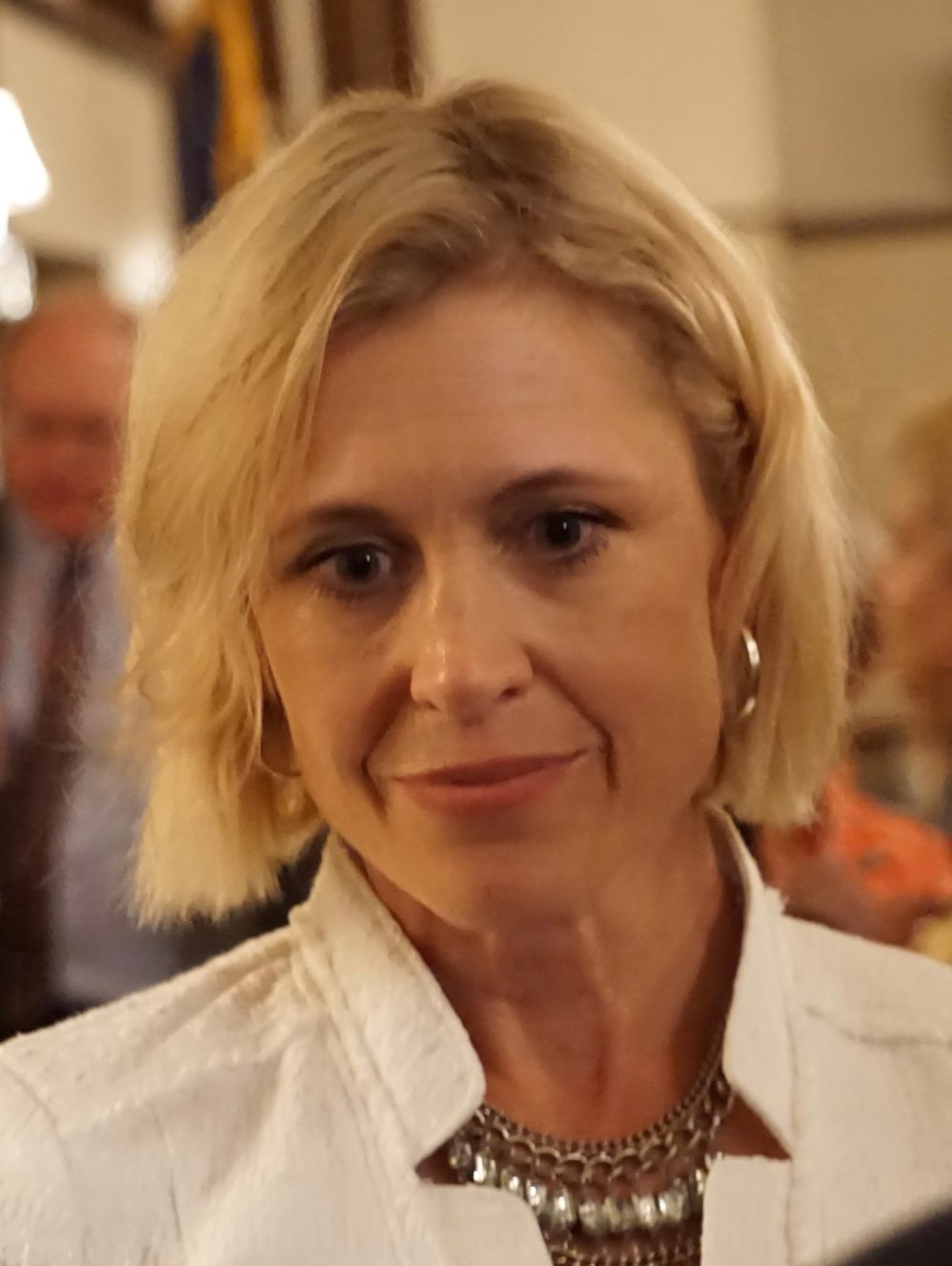 Hatfield is a state prosecutor from eastern Connecticut, a part of the state that has been trending Republican, even as some traditional GOP suburbs in Fairfield County have gone Democratic since the election of Trump. The president’s re-election campaign had two representatives at the meeting, a reminder that the 2020 presidential campaign was well under way.

Hatfield  said joining the party leadership was a natural step after being a candidate.

“I think it stems from running for statewide office, and realizing what we need to do as a party to really move forward and win seats,” Hatfield said. “We really need to go into the cities. Many  times I was the only Republican statewide candidate going to functions in Bridgeport and New Haven.”

Romano, 40, of Branford was opposed by Richard Foley of Danbury, a former state chairman, and Matt O’Brien of Coventry. Dave Mathus of Darien notified committee members Tuesday morning he was ending his campaign, ceding the race to Romano. All but four of the committee members present voted for Romano.

“I know it hasn’t been easy. I know we don’t always agree,” Romano said, thanking the committee.

He turned to O’Brien, the town chair of Coventry, and asked him to remain active the state party. The two men embraced, before O’Brien left after learning that his wife was in labor with their first child. O’Brien received all four of the dissenting votes.

Romano acknowledged that getting the GOP pulling in the same direction can be a challenge.

“Our greatest strength is our greatest weakness — we are individuals at our core. so we often compete and fight over ideas and direction,” Romano told reporters. “It’s what makes us great leaders, and it also can cause problems when we’re talking about organization.”

It was an anticlimactic end to a long and, at times, acrimonious campaign, one that returned to familiar questions about the role of the state party and state chair in an era of decentralized politics, when each legislative caucus has its own political operation and Super PACs outspend the state parties and their statewide candidates.

The election was only the fifth contested race for GOP chairman since the 1980s. From 1995 until 2011, when Republicans John G. Rowland and M. Jodi Rell were governor, the committee typically deferred to their choices for chair.

Rell did not seek re-election in 2010, when Democrat Dannel P. Malloy won, ending 16 years of Republican control of the governor’s office. Ned Lamont, the Democrat who succeeded Malloy, designated former Lt. Gov. Nancy Wyman as his choice for Democratic chair in December, a decision quickly accepted by the Democratic State Central Committee.