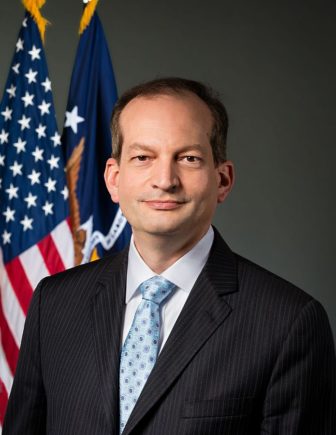 Washington – Labor Secretary Alex Acosta on Wednesday defended his prosecution of Jeffery Epstein, but calls for his resignation from lawmakers,  including those from Rep. Rosa DeLauro and Sen. Richard Blumenthal, grow louder.

At a lengthy press conference, Acosta defended the deal he fashioned for Epstein in 2008, helping the wealthy financier avoid serious criminal charges and keeping under wraps allegations that he had raped or abused dozens of young girls in his Florida mansion. At that time, Acosta was a U.S. attorney in Miami.

He said he made the deal because Epstein “is a bad man and he needed to be put away,” and said the lenient sentence, which allowed Epstein to leave the jail for his office nearly every day, was the decision of a state court, not his office.

“I fully thought he would be spending the time in jail,” Acosta said.

Acosta declined to say whether he had any regrets about how he handled the case and the defense of his actions did little to change the minds of his critics, who are demanding his immediate resignation from the Trump administration.

“Nothing said by Secretary Acosta at his press conference changes the verdict: he must go,” Blumenthal said. “Despite his attempts to justify it, his unconscionable sweetheart deal with sex trafficker Jeffrey Epstein still stinks. This secret deal was immoral – a betrayal of young survivors and basic justice.”

Epstein pleaded guilty to soliciting underage girls for prostitution, registered as a sex offender and served 13 months in jail ― much of which he spent on work release.

But the financier faces new charges from federal prosecutors in New York that have brought renewed scrutiny to the plea deal Acosta brokered years ago.

DeLauro, D-3rd District, the chairwoman of a House Appropriations subcommittee with jurisdiction over the Labor Department’s budget, was among the first to demand Acosta’s resignation. Besides Blumenthal, DeLauro is the only other member of Connecticut’s all-Democratic congressional delegation to have called for Acosta’s resignation.

“The Department of Labor plays a critical role in protecting victims of sex trafficking at home and abroad and helping with the enforcement of our nation’s trafficking laws, yet Acosta helped Jeffrey Epstein from being prosecuted for child trafficking and sexually abusing underage girls,” DeLauro said in a statement released Tuesday. “That is reprehensible. He cannot continue working in such an important position in our federal government.”

Pressure from Democrats is mounting.

At his press conference, however, Acosta suggested he won’t be going anywhere for now.

“Facts are important and facts are being overlooked,” Acosta said. 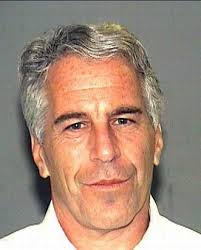 The embattled official also said he had spoken with President Donald Trump since the new charges against Epstein emerged and said, “My relationship with the president is outstanding.”

He added that Trump has “made very clear publicly that I have his support.”

Trump on Tuesday said his administration will look “very carefully” at Acosta’s handling of the Epstein case, but praised the official’s work as labor secretary.