Himes: Mueller hearings may be ‘letdown’ to many 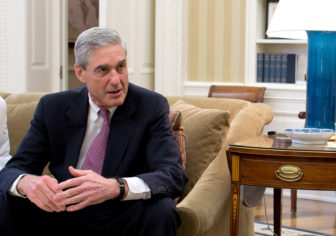 Washington –  There will be much at stake for both supporters of President Donald Trump and those who oppose his presidency when former special counsel Robert Mueller testifies before two House committees Wednesday.

Outside a brief public statement in May, Mueller’s appearance — first before the House Judiciary Committee  and then before the House Intelligence Committee — will be the first time he speaks publicly about the findings of an 18-month investigation into Russian meddling in the 2016 elections.

U.S. Rep. Jim Himes, D-4th District, a member of the House Intelligence Committee who will have the opportunity to question Mueller on Wednesday, said those who expect new bombshell revelations could well be disappointed.

“It’s possible the hearing may be a letdown, because Bob Mueller is a very careful person,” Himes said. “I expect it will be frustrating because this is a huge and explosive issue and Bob Mueller will be dry and clinical.”

Even so, Democrats like Himes believe the hearing could raise awareness of wrongdoing they believe the president has committed.

“It is an opportunity for Americans to see that they have a deeply unethical president,” he said.

Himes also said he hoped for a second result out of the hearings – one that Mueller himself promoted in his brief public appearance in May – that the investigation and the voluminous report on the investigation prod the nation to safeguard its electoral system.

“I hope that it’s an opportunity for Americans to learn about the result of Russian attacks on the election so that we may be aware of what might happen in the future,” Himes said.

Democrats on the intelligence panel have prepared for Mueller’s testimony by conducting mock hearings, with a staffer playing the taciturn former special counsel while lawmakers practice how to press him for details.

But Mueller’s long-awaited public appearance could backfire if House Republicans are able to effectively muddy the waters by focusing on the investigation’s methods, propriety and foundation.

The Trump administration has tasked U.S. Attorney John Durham of Connecticut to lead a review of the the origins of the Russia investigation as well as the conduct of Justice Department and FBI.

U.S. Attorney General William Barr said he chose Durham to lead the investigation because he wanted “someone who is tenacious, who is used to looking at sensitive material involving government activities, who has a reputation for being fair and evenhanded.”

Meanwhile, Trump has repeatedly denigrated Mueller’s investigation and his 448-page report on the investigation, even as he has used its findings to declare there was “no collusion” and “no obstruction” by members of his campaign and administration.

On Monday, Trump tweeted “I completely read the entire Mueller Report, and do you know what I concluded after reading both Volume 1 and Volume 2? There is no there there. NO THERE THERE! We completely wasted everybody’s time and taxpayer’s money.” 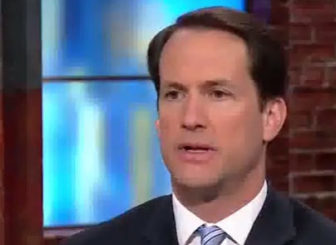 Himes said Democrats on the House Intelligence Committee will focus their attention Wednesday on Russian hacking and Russian use of social media to help the Trump campaign, “which the Trump campaign repeatedly welcomed.”

He also said there would be some “process” questions for Mueller.

Responding to a request from Mueller for the department’s guidance on testimony, the Justice Department said in a letter on Monday that Mueller shouldn’t discuss ongoing cases or uncharged individuals and that some details of his work may be covered by executive privilege.

After the two House panels complete five hours of questioning Mueller, Himes said “a few more people” in Congress may call for the president’s impeachment.

“But it really doesn’t matter,” he said. “It’s not going to sway (House Speaker) Nancy Pelosi.”

Pelosi has argued it would be a political mistake for the U.S. House to impeach Trump because the GOP-controlled Senate will not vote to convict the president.

Representing southwest Connecticut in Congress, Himes said he would support the opening of an impeachment inquiry.

“But (Pelosi) has a broader view than I have,” he said.

The location of Wednesday’s hearing is the main House Judiciary hearing room, where the impeachment hearing were held for presidents Richard Nixon in 1974, and Bill Clinton in 1998.