Merrill ‘shocked’ Congress has failed to act on election security 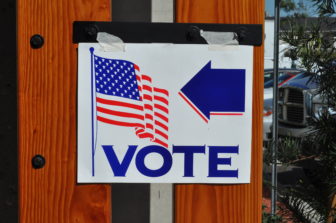 Washington — Connecticut Secretary of State Denise Merrill and many of her peers across the nation are dismayed that Congress will break for summer recess without doing more to prevent foreign interference in U.S. elections.

“We were quite shocked when we heard Congress would not go forward with any assistance,” she said.

Merrill and other state election officials have been making the case for months that the nation’s electoral system needs to bolster its defenses against hacking and meddling in other ways, including disinformation campaigns on social media, by Russia or other foreign powers. They have been joined in their calls for increased protections by congressional Democrats.

Those calls grew louder after last week’s testimony by special counsel Robert Mueller, who told lawmakers on the House Intelligence Committee that the Russians and others were meddling in U.S. elections “as we sit here.”

Despite the growing concerns, there’s been little action by Congress on the issue, mainly because the Senate does not want to consider any voting security bills.

McConnell, in turn, seethed on the Senate floor on Monday over what he described as McCarthy-style attacks on his integrity and distortions of both his position on election security and his hawkish history of challenging Russia.

Yet McConnell has said he plans to continue blocking election security bills, in spite of repeated warnings from officials like Mueller and FBI Director Christopher Wray, because he’s concerned they would give the federal government too much power over state elections.

McConnell may also be sensitive to President Donald Trump’s aversion to the issue, which the president views as a Democratic attempt to cast doubts about the validity of the outcome of the 2016 election.

One of the bills recently blocked in the Senate, called the “Duty to Report Act,” was sponsored by Sen. Richard Blumenthal, D-Conn. It would require candidates, campaigns or family members to notify the FBI about assistance offers from foreign governments.

“A duty to report foreign sabotage of our democracy is a matter of simple patriotism and common sense — but now needs to be an explicit legal duty too,” Blumenthal said.

While Merrill says Connecticut’s electoral system, run locally by each of the state’s 169 towns, resisted hacking attempts in 2016 and has safeguards in place, she also says the Russians and other foreign agents are becoming more sophisticated in their attacks and more help from Washington D.C. is needed.

The 2016 attack on Connecticut’s electoral system consisted of an attempt to breach a firewall and tap into the state’s list of registered voters.

“We turned them back,” Merrill said.

There’s little other Connecticut electoral information to be had on the internet, since towns process ballots locally using tabulators that are not online.

They do send their results to Merrill’s office on a computer. But Merrill said “while there could be errors” in those results “there is no way the results could be manipulated” though hacking. Connecticut also uses paper ballots, considered a safeguard against any attempt to alter the results of an election.

Backup paper ballots got an endorsement this week from Trump who tweeted “Paper Ballots as backup (old fashioned but true!).”

Merrill belongs to an exclusive committee tasked with finding ways to safeguard U.S. elections that includes representatives from the Department of Homeland Security, FBI, and private companies like Microsoft and Facebook.

While she has a special security clearance that allows her to stay in the loop on election security, Merrill said increased federal funding is necessary. Although Connecticut has received $5 million in federal help to update and protect its election system — part of a $380 million election security appropriation — Merrill said that is only a “down payment” on what is needed to keep Connecticut’s voting system secure.

The state must replace its tabulating machines soon, she said, and there are other needs, including training local election officials to confront any new dangers at the ballot box.

Among the stalled electoral reform legislation is a Democratic measure approved by the U.S. House that would send more than $1 billion to state and local governments to tighten election security, but would also demand that states use the money for machines with backup paper ballots.

The bill also calls for a national strategy to protect American democratic institutions against cyberattacks and requires that states spend federal money only on certified “election infrastructure vendors.”

A bipartisan bill that would require internet companies like Facebook to disclose the purchasers of political ads has also languished. So has another bipartisan Senate proposal that would codify cyber information-sharing initiatives between federal intelligence services and state election officials like Merrill.

That bill would also speed up the granting of security clearances to state officials and provide federal incentives for states to adopt backup paper ballots.

The Senate has approved one election integrity bill. It would make it a federal crime to hack any voting systems used in a federal election.

Blumenthal, a member of the Senate Armed Services Committee, and other Democrats will try to include the Connecticut senator’s “Duty to Report Act” in a final National Defense Authorization Act.

The House and Senate have approved their versions of that massive defense bill, but must reconcile their differences before they can agree on a final bill.

Merrill hopes Congress takes action when it returns to work in September, if only to reassure the public about the integrity of U.S. elections.

“We’ve always felt that our elections are sincere and fair,” Merrill said.

She says her “greatest fear” is that “we will not have an uncontested election in this country” because of the real, or perceived, taint of foreign meddling.