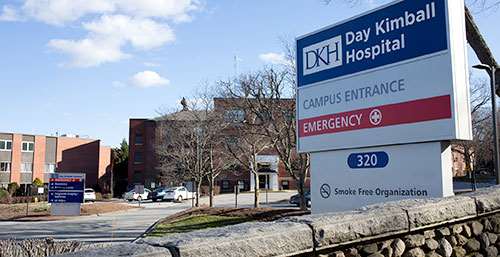 Day Kimball Healthcare is negotiating management of its facilities with a for-profit hospital chain based in California.

Day Kimball Healthcare is exploring a partnership with a California-based, for-profit company that owns three Connecticut hospitals and has been cited for lapses in treatment across several of its facilities.

The deal with Prospect Medical Holdings, Inc. is still in progress, Day Kimball President and CEO Anne Diamond said Tuesday. The agreement is expected to be finalized this fall and the partnership could take months to go into effect.

Under the deal, Putnam-based Day Kimball Healthcare would remain a nonprofit network.

“There’s a good portion of our community that can’t afford health care,” Diamond said. “It was really important, as we were trying to pull a model together, to ensure that the community hospital charity mission was maintained.”

Prospect Medical owns and operates 20 hospitals, including Manchester Memorial, Rockville General and Waterbury Hospital in Connecticut, and more than 165 clinics and outpatient centers nationwide. The Los Angeles company has come under scrutiny for medical errors at its California hospitals and has been cited for breakdowns in care in Connecticut.

The Hartford Courant reported that the lapses included a suicide and suicide attempt that involved two patients at Waterbury Hospital in March, and two incidents last year at Manchester Memorial — the death of a woman who gave birth to a stillborn baby, and an infant born with severe neonatal encephalopathy after an emergency C-section was completed too late. Health inspectors cited both Waterbury and Manchester hospitals for conditions that placed patients in “immediate jeopardy.”

Asked about doing business with Prospect Medical, Diamond said Day Kimball has done “extensive due diligence” on the company and was satisfied that it had corrected its failures.

“We certainly understand the challenges they’ve had in some of their hospitals, and the leadership we spoke with was able to really put our board at ease that they’ve made corrective actions,” Diamond said. “They were able to do so quickly and in a fashion that local departments of public health found acceptable.”

“If you’re taking over distressed hospitals like Prospect Medical is, there are a lot of challenges,” she added. “Sometimes it takes more than a year – or years – to rectify those.”

Unlike some of the other hospitals Prospect Medical manages, Diamond said Day Kimball “has a very good track record” of care. “I think they’re pretty happy they wouldn’t be inheriting any of those kinds of challenges here,” she said.

A spokeswoman for Prospect Medical could not be reached for comment Tuesday.

Earlier this year, Day Kimball pumped $125,000 into a new branding campaign that included televised commercials, pitching itself as a next-generation community hospital in an attempt to hold onto more local patients.

“We are trying to continue to provide really high quality health care in a very rural part of our state,” Diamond said Tuesday. “Remaining not-for-profit, I believe, is helpful to our community. I’m thrilled that Prospect Medical is interested and sees the value of what we do here.”