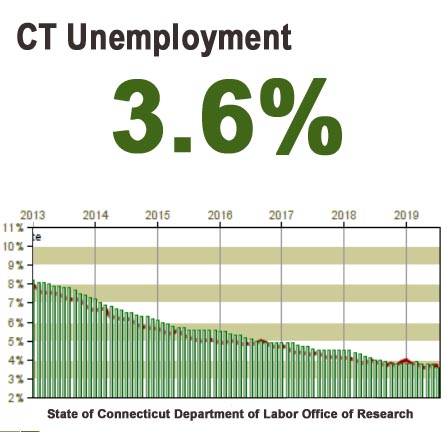 Connecticut’s unemployment rate dropped by slightly to 3.6 percent in July despite the loss of 100 jobs, the Department of Labor reported Thursday.

“July’s payroll employment was essentially flat to June’s,” said Andy Condon, director of the Office of Research at the labor department. “It’s important to recognize that there is plenty of hiring activity even if net growth is very small.”

The largest July decline, about 1,000 jobs, was recorded in the leisure and hospitality super-sector. Job losses also were recorded in manufacturing, professional and business services, and construction and mining.