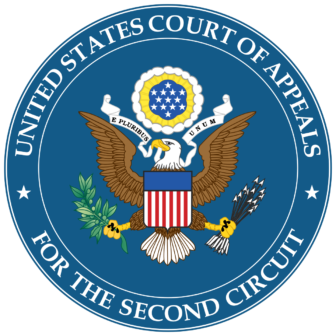 Washington — President Donald J. Trump on Wednesday nominated a federal prosecutor and a state judge to vacancies on the U.S. 2nd Circuit Court of Appeals and the U.S. District Court in Connecticut.

“Barbara Jongbloed and Bill Nardini have long, deep connections with the Connecticut legal community, and we look forward to their confirmation processes,” said Sens. Richard Blumenthal and Chris Murphy in a joint statement.

If confirmed by the Senate, Nardini would fill a Connecticut seat on the Manhattan-based court, which hears appeals from Connecticut, New York and Vermont.

In the relatively short period of time he’s been in the White House, Trump has had a tremendous influence on the makeup of the 2nd Circuit Court. Three of his nominees have been seated, and he nominated New York attorney Steven James Menashi to a vacancy on the court earlier this month.

If Menashi and Nardini are confirmed, Trump would have placed five out of the court’s 13 judges, who are appointed for life.

Now chief of the criminal division in U.S. Attorney’s office, Nardini received the Attorney General’s Award for Exceptional Service in 2004  for prosecuting law enforcement corruption in Boston in the Whitey Bulger case. He has also served as the Department of Justice Attaché at the United States Embassy in Rome, Italy.

A Yale Law School graduate, Nardini worked as a law clerk for Judge Jose A. Cabranes and Judge Guido Calabresi, both on the U.S. Court of Appeals for the Second Circuit. He also clerked for Supreme Court Justice Sandra Day O’Connor.

Jongbloed is a Superior Court judge in New London. Before taking the bench in 2000, Jongbloed served as an Assistant U.S. attorney and chief of the criminal division.

A graduate of New York University School of Law, Jongoed also served as a law clerk to the late  T.F. Gilroy Daly, who was a U.S. District Court judge.

Trump has nominated only one other judge to the federal bench in Connecticut, U.S. District Court Judge Kari Dooley, who was confirmed by the Senate about a year ago. She also was a federal prosecutor.

When Trump took office, there were more than 100 judicial vacancies across the nation, twice as many as President Barack Obama inherited from President George W. Bush.

Other vacancies occurred through retirements and a Republican-led Senate has already confirmed 146 of Trump’s judicial nominees.