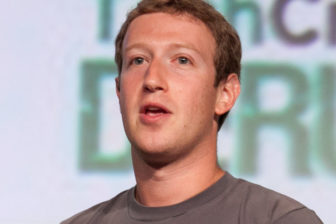 Washington – Sen. Richard Blumenthal, a leading critic of Facebook, had dinner with Facebook CEO Mark Zuckerberg to discuss regulations lawmakers want to impose on his industry.

Zuckerberg dined with about a half dozen senators at a Washington restaurant Wednesday evening.

“It’s no secret that I’ve been a tough critic of Facebook, so I was glad for the opportunity to discuss my concerns directly with Mr. Zuckerberg,” Blumenthal said. “We talked about some of the most pressing challenges facing the tech industry, including its repeated failures to protect election security and consumer privacy.”

A member of the Senate Judiciary Committee and Commerce Committee, Blumenthal on Wednesday questioned a Facebook representative on the company’s content removal practices during a hearing in that panel.

Blumenthal has also for months pressed for a “breakup” of Facebook, saying the company should divest itself of Instagram and Whats App. Blumenthal has also repeatedly accused Facebook of stifling competition and asked for an investigation of the social media giant by the Justice Department’s antitrust department.

Blumenthal said during the dinner that he “focused on the challenges of privacy safeguards and I welcome the strong, constructive interest shown by Mr. Zuckerberg.”

“We had a serious, substantive conversation even when we may have differed, and I look forward to continue this conversation,” Blumenthal said.

Sen. Mark Warner, D-Va., said he helped organize the dinner “to be able to express first-hand” their concerns to  Zuckerberg .

Facebook is facing at least two probes by the Federal Trade Commission and a bipartisan group of state attorneys general.