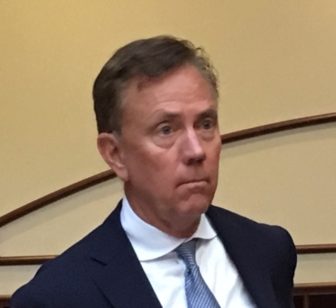 Gov. Ned Lamont has asked legislative leaders to return in special session to vote on a revised version of a restaurant tip-credit bill he vetoed in July, suggesting that talks with unions, business owners and other stakeholders have produced the framework of a consensus.

Lamont, who vetoed a bill that would have stripped restaurant workers of the right to pursue claims of unpaid wages in certain circumstances, is proposing instead to limit damages they could collect from restaurants that relied on inaccurate advice from the Department of Labor in calculating tip-credit wages.

“Based on these discussions, my administration has created a proposal that achieves many of the original goals of the vetoed bill while also protecting workers with legitimate claims to unpaid wages,” Lamont said in a letter.

But the new legislation must be vetted at an informational hearing before lawmakers return, said Senate President Pro Tem Martin M. Looney, D-New Haven. He said senior legislative staffers are meeting Tuesday to arrange a joint hearing of the Judiciary and Labor and Public Employees committees.

“It was agreed before we do anything we have a public hearing,” Looney said.

At issue is the legislature’s hurried efforts on the last night of the 2019 legislative session to protect restaurants from a spate of  lawsuits over the split wage system for wait staff and bartenders. They can be legally paid less than minimum wage when they are getting tips, but not when they are doing non-service work.

The Hayber Law Firm of Hartford has brought a series of lawsuits since 2015 against restaurants that workers say failed to segregate their tipped work from non-tipped work, such as cleaning and prep work.

A 2017 verdict won by Hayber on behalf of a waitress whom the court found was underpaid by $10,000 especially rattled the restaurant industry: The trial judge awarded double damages of $20,704 and attorney fees of $31,445.

Restaurants complained that the state Department of Labor had contributed to the problem by advising them they need not keep detailed records on tipped and non-tipped work so long as the non-tipped work did not exceed 20 percent of a worker’s time.

But the court concluded that the burden of proof rested with the restaurants whenever they paid less than minimum wage, regardless of the DOL advice.

With an amendment to some non-controversial workforce training legislation that passed unanimously, the legislature essentially extinguished the legal claims of restaurant workers who claimed they had been underpaid.

In his veto message in July, Lamont called that an overreach — and one that was constitutionally suspect.

In his letter Monday, Lamont suggested a middle ground.

“The legislative proposal that I have put forward through our collaborative discussions strikes the appropriate balance of eliminating  double damage awards against restaurant owners who can prove they acted in good faith by relying on written guidance from the prior administration’s Department of Labor,” Lamont wrote. “My proposal also avoids the constitutional pitfalls of the prior proposal.”

Sal Luciano, the president of the Connecticut AFL-CIO, said he agrees that restaurant owners who acted in good faith should not be subject to double damages, but the awarding of attorney fees should continue. Otherwise, he said, any damages would be consumed by legal fees.

Luciano said it was crucial that legislators hold a hearing, giving restaurant workers an opportunity denied them in June. The amendment at issue never was subject to a hearing.

Scott Dolch, the executive director of the Connecticut Restaurant Association, said he was encouraged by the efforts to protect restaurants that acted in good faith on the basis of DOL advice.

“Governor Lamont and leaders in the General Assembly have welcomed restaurant owners to the table in an effort to address these issues, and we’re extremely grateful for their time and attention. Now, we’re asking them to take action and resolve these open issues in a special legislative session,” Dolch said.

His organization reinforced the governor’s call for quick action with a letter to lawmakers and Lamont signed by owners of 132 restaurants.

“The reason for our urgency is simple,” they wrote. “Connecticut’s restaurants and their 119,000 local employees have been living in an uncertain regulatory environment for some time, and creating stability in this sector will only benefit our state economy. Conversely, continuing down a path of instability will only be to the detriment of state jobs and state revenues in the months ahead.”

Lamont said in his letter that the demand for a hearing is understandable.

“Nevertheless,” he wrote, “I urge you to do so promptly and to very quickly following any such forum act in a special session to adopt the comment sense proposal my team has put forward.”