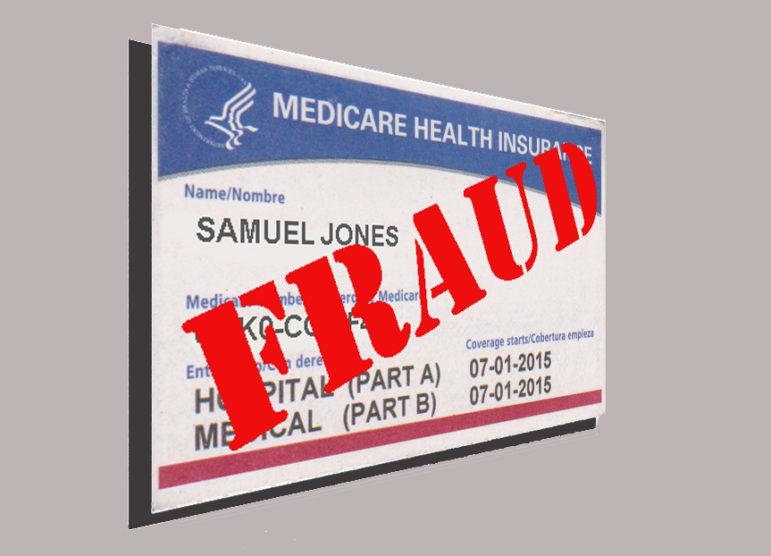 Group Health Cooperative in Seattle, one of the nation’s oldest and most respected nonprofit health insurance plans, is accused of bilking Medicare out of millions of dollars in a federal whistleblower case.

Teresa Ross, a former medical billing manager at the insurer, alleges that it sought to reverse financial losses in 2010 by claiming some patients were sicker than they were, or by billing for medical conditions that patients didn’t actually have. As a result, the insurer retroactively collected an estimated $8 million from Medicare for 2010 services, according to the suit.

Ross filed suit in federal court in Buffalo, N.Y., in 2012, but it remained under a court seal until July and is in the initial stages. The suit also names as defendants two medical coding consultants, consulting firm DxID of East Rochester, N.Y., and Independent Health Association, an affiliated health plan in Buffalo, N.Y. All denied wrongdoing in separate court motions filed late Wednesday to dismiss the suit.

The Justice Department has thus far declined to take over the case, but said in a June 21 court filing that “an active investigation is ongoing.”

The whistleblower suit is one of at least 18 such cases documented by KHN that accuse Medicare Advantage managed-care plans of ripping off the government by exaggerating how sick its patients were. The whistleblower cases have emerged as a primary tool for clawing back overpayments. While many of the cases are pending in courts, five have recovered a total of nearly $360 million.

“The fraudulent practices described in this complaint are a product of the belief, common among MA organizations, that the law can be violated without meaningful consequence,” Ross alleges.

Medicare Advantage plans are a privately run alternative to traditional Medicare that often offer extra benefits such as dental and vision coverage, but limit choice of medical providers. They have exploded in popularity in recent years, enrolling more than 22 million people, just over 1 in 3 of those eligible for Medicare.

“The fraudulent practices described in this complaint are a product of the belief, common among MA organizations, that the law can be violated without meaningful consequence.”

Word of another whistleblower alleging Medicare Advantage billing fraud comes as the White House is pushing to expand enrollment in the plans. On Oct. 3, President Donald Trump issued an executive order that permits the plans to offer a range of new benefits to attract patients. One, for instance, is partly covering the cost of Apple Watches as an inducement.

Group Health opened for business more than seven decades ago and was among the first managed-care plans to contract with Medicare. Formed by a coalition of unions, farmers and local activists, the HMO grew from just a few hundred families to more than 600,000 patients before its members agreed to join California-based Kaiser Permanente. That happened in early 2017, and the plan is now called Kaiser Foundation Health Plan of Washington. (Kaiser Health News is not affiliated with Kaiser Permanente.)

In an emailed statement, a Kaiser Permanente spokesperson said: “We believe that Group Health complied with the law by submitting its data in good faith, relying on the recommendations of the vendor as well as communications with the federal government, which has not intervened in the case at this time.”

Ross nods to the plan’s history, saying it has “traditionally catered to the public interest, often highlighting its efforts to support low-income patients and provide affordable, quality care.”

The insurer’s Medicare Advantage plans “have also traditionally been well regarded, receiving accolades from industry groups and Medicare itself,” according to the suit.

But Ross, who worked at Group Health for more than 14 years in jobs involving billing and coding, said that from 2008 through 2010 GHC “went from an operating income of almost $57 million to an operating loss of $60 million. Ross said the losses were “due largely to poor business decisions by company management.”

The lawsuit alleges that the insurer manipulated a Medicare billing formula known as a risk score. The formula is supposed to pay health plans higher rates for sicker patients, but Medicare estimates that overpayments triggered by inflated risk scores have cost taxpayers $30 billion over the past three years alone.

According to Ross, a GHC executive attended a meeting of the Alliance of Community Health Plans in 2011 where he heard from a colleague at Independent Health about an “exciting opportunity” to increase risk scores and revenue. The colleague said Independent Health “had made a lot of money” using its consulting company, which specializes in combing patient charts to find overlooked diseases that health plans can bill for retroactively.

We believe the coding policies being challenged here were lawful and proper and all parties were paid appropriately.

In November 2011, Group Health hired the East Rochester firm DxID to review medical charts for 2010. The review resulted in $12 million in new claims, according to the suit. Under the deal, DxID took a percentage of the claims revenue it generated, which came to about $1.5 million that year, the suit says.

Ross said she and a doctor who later reviewed the charts found “systematic” problems with the firm’s coding practices. In one case, the plan billed for “major depression” in a patient described by his doctor as having an “amazingly sunny disposition.” Overall, about three-quarters of its claims for higher charges in 2010 were not justified, according to the suit. Ross estimated that the consultants submitted some $35 million in new claims to Medicare on behalf of GHC for 2010 and 2011.

In its motion to dismiss Ross’ case, GHC called the matter a “difference of opinion between her allegedly ‘conservative’ method for evaluating the underlying documentation for certain medical conditions and her perception of an ‘aggressive’ approach taken by Defendants.”

Independent Health and the DxID consultants took a similar position in their court motion, arguing that Ross “seeks to manufacture a fraud case out of an honest disagreement about the meaning and applicability of unclear, complex, and often conflicting industry-wide coding criteria.”

In a statement, Independent Health spokesman Frank Sava added: “We believe the coding policies being challenged here were lawful and proper and all parties were paid appropriately.”

Whistleblowers sue on behalf of the federal government and can share in any money recovered. Typically, the cases remain under a court seal for years while the Justice Department investigates.

This story was first published by Kaiser Health News on Oct. 18, 2019.