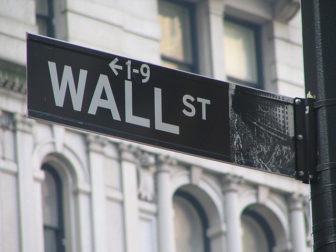 budget reserve just hit a new high, one of the driving forces behind that accomplishment may be cooling down.

According to a recent report from the New York State Comptroller Thomas DiNapoli, compensation on Wall Street was down 6% last year, driven by a 17% drop in bonuses.

So while Connecticut has more than $2.5 billion socked away as a firewall against the next recession — and while the 17% drop is well shy of the 44% plunge bonuses took in 2008 — the latest numbers still sparked concern among some Connecticut economists.

“It just underlines how important it is that we build a strong, diversified economy that is not dependent on any one sector like finance,” said Fred Carstensen, who heads the Connecticut Center for Economic Analysis at the University of Connecticut.

“Connecticut’s tax structure has not diversified and we are very much at risk,” said Don Klepper-Smith, an economist with DataCore Partners.

Connecticut’s economy always has reflected trends on Wall Street — not surprising given its geographic proximity.

Not only does the New York market provide employment for Fairfield County residents, but as securities expand and look to spin off outside of the city, Connecticut remains one of the destinations of choice.

State income tax receipts pay for nearly half of Connecticut’s annual budget, and the average salary on Wall Street last year was $398,600. Bonuses accounted for nearly 40% of that.

But analysts also say Wall Street, and the financial services sector in general, have been considerably more vulnerable since the last recession, for several reasons.

Jobs on the stock market shrank during the Great Recession and still have not fully recovered. While employment on Wall Street has grown in four of the past five years, the overall workforce remains 4% smaller — about 7,600 jobs — than it did in 2007, according to DiNapoli’s office. The comptroller also projects the industry will shed 500 jobs by the end of 2019.

Stock brokers are not immune to the technological trends that have replaced retail and manufacturing personnel with machines. Market moves increasingly are being driven, Carstensen said, by algorithms rather than by human decisions.

“Tech has been eating up all kinds of jobs,” he said. “You hire one physics PhD and you get rid of 10 MBAs.”

Connecticut has taken strides in recent years, Carstensen added, but needs to do far more to diversify its economy.

Similarly, the state needs to do more to ensure public and private colleges are producing students ready to work in the growing genomic medicine and aerospace industries, Carstensen said.

Klepper-Smith, who was the state’s chief economic advisor from 2007-2010, said the Federal Reserve Bank has been artificially propping up the markets throughout the recovery from the last recession.

As the Fed’s ability to sustain this effort wanes, more economists fear the nation could be heading toward a recession in late 2020 or in early 2021.

DiNapoli’s report reflects this growing uncertainty about the economy.

New York’s securities industry generated $15.1 billion in pretax profits during the first six months of 2019, its best start in a decade. But DiNapoli also warned that a slowdown in the global economy and other factors put that growth at risk in the second half of the year.

Peter Gioia, economic advisor to the Connecticut Business and Industry Association, said he doesn’t believe a full-blown recession is likely within the next 12 months. But he also warned the state’s economy could be in for a downturn, even if the nation’s does not slip.

Gioia said he fears the recently approved increase in the state’s minimum wage, as well as the new paid family and medical leave program, could weaken business confidence.

He also said Connecticut has not done enough over the past decade to diversify its economy and tax base and lessen its reliance on Wall Street jobs.

Still, he noted that state government here is far better prepared for the next downturn than it was in 2008 when the Great Recession began.

Connecticut’s reserves just over a decade ago totaled nearly $1.4 billion, an amount equal to 8% of annual operating costs. 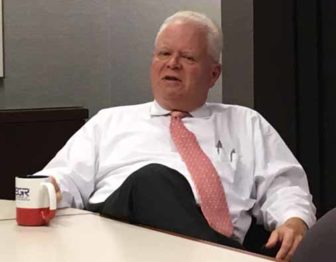 By June 2009, with the recession still in effect, legislators and then-Gov. M. Jodi Rell had drained the entire reserve and borrowed another $1 billion to cover operating debt.

Largely over the past two years, Connecticut has amassed a $2.5 billion reserve, which is equal to nearly 13% of this fiscal year’s General Fund.

Most of that fiscal cushion reflects surging state income tax receipts over the past two years.