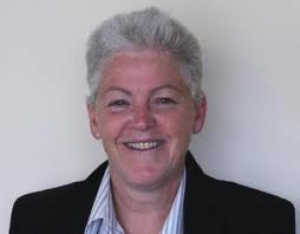 Washington – Gina McCarthy, once the head of Connecticut’s Department of Environmental Protection, has been named president of the Natural Resources Defense Council, a national environmental group that has sued the Trump administration’s EPA dozens of times.

McCarthy, who was tapped by President Barack Obama to head the EPA in his administration, said “climate crisis is the central challenge of our times,” and “the stakes have never been higher and the NRDC has never been stronger.”

“I take the helm determined to see that NRDC brings our country, and our world, together in the fight for a future that is healthier, more sustainable and equitable,” she said. “For 50 years, NRDC has stood up for the protection of our environment and the health of people.”

She also told the CT Mirror in a 2016 interview that “environmentalism is in my blood.”

McCarthy was named head of the NRDC the day after the Trump administration announced it will begin formally withdrawing the United States from the Paris climate accord, the first step in a year-long process to leave the landmark agreement aimed at reducing planet-warming gases.

As Obama’s EPA administrator, McCarthy finalized the Clean Power Plan under the Clean Air Act, seeking to reduce U.S. coal use pursuant to the Paris Agreement.