The health care network says it will seek another partner 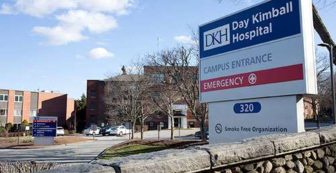 Day Kimball Healthcare said it is seeking a different partner after an agreement fell through with California-based Prospect Medical Holdings.

In August, Day Kimball announced that it had selected Prospect Medical for a “strategic affiliation” that would “strengthen the level of care” and provide the health care network with support “to invest in and expand its facilities, staff and services.” Day Kimball did not disclose specifics of the arrangement or explain in detail how the affiliation would work. It also declined to reveal the amount of the financial investment.

Had the deal gone through, Day Kimball would have remained a nonprofit network.

“Unfortunately, we were not able to reach an agreement in which both sides could meet their respective needs,” said Janice Thurlow, interim chairwoman of Day Kimball’s board of directors. “It’s not unusual for these types of negotiations to conclude without an agreement.”

Officials would not say what caused the talks to cease earlier this week.

Prospect Medical owns and operates 20 hospitals, including Manchester Memorial, Rockville General and Waterbury Hospital in Connecticut, and more than 165 clinics and outpatient centers nationwide. The Los Angeles company has come under scrutiny for medical errors at its California hospitals and has been cited for breakdowns in care in Connecticut.

Lapses included a suicide and suicide attempt that involved two patients at Waterbury Hospital in March, and two incidents last year at Manchester Memorial — the death of a woman who gave birth to a stillborn baby, and an infant born with severe neonatal encephalopathy after an emergency C-section was completed too late.

Asked in August about doing business with Prospect Medical, Day Kimball officials said they had done “extensive due diligence” on the company and were satisfied that it had corrected its failures.

“Being an independent community hospital, it’s certainly nice for patients to have that resource. But it becomes challenging to support all the capital needs that are essentially in demand for high quality care,” he said. “The board of directors feels it is incumbent on us to partner with somebody with the capital wherewithal [to fund] technology upgrades on a regular basis, equipment upgrades and expansion of services to satisfy our community needs.”

There is no timeframe for selecting a new partner, officials said.

“Financially, the hospital is stable,” said Paul Beaudoin, the interim CEO. “There’s not a crisis by any stretch of the imagination that forces us into making quick decisions on a partner. So we’re going to take the right time to select a partner we’re comfortable with.”