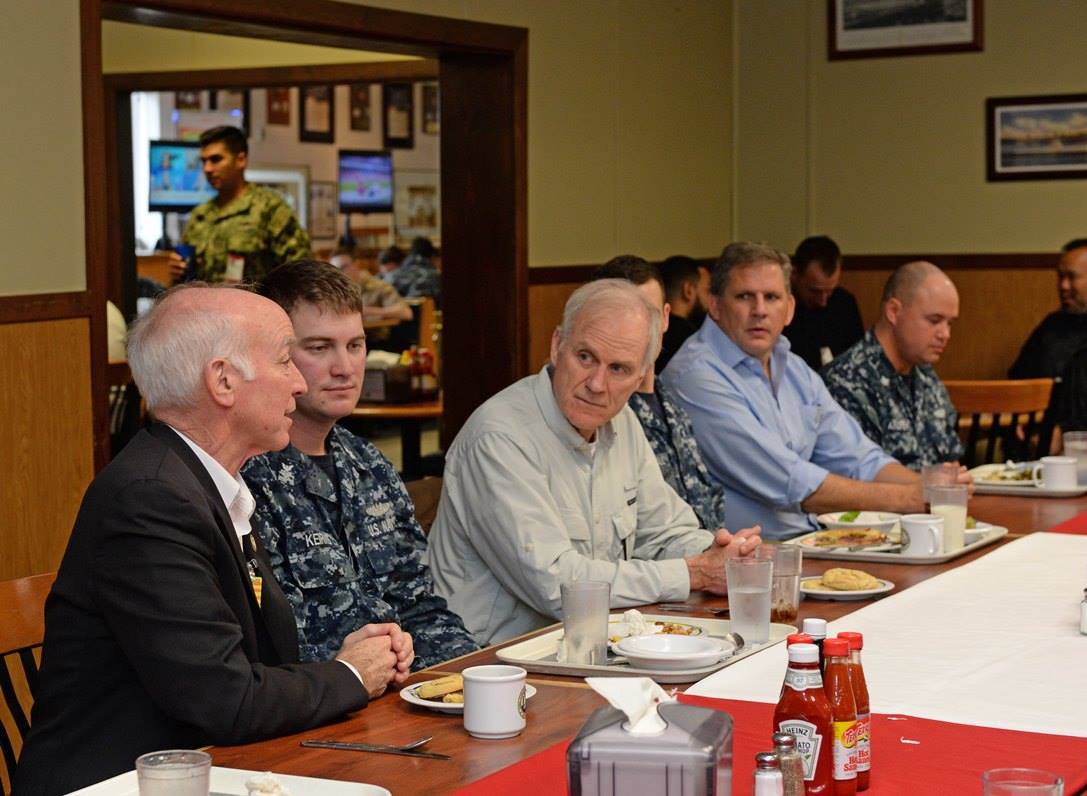 Washington – U.S. Rep. Joe Courtney said Monday he is “deeply troubled” by the firing of Navy Secretary Richard Spencer over a Navy SEAL, one of three service members facing war crimes allegations whose cases have been taken up by President Donald Trump, causing unprecedented tension with the Pentagon.

Navy SEAL Edward Gallagher was accused of stabbing an Islamic State prisoner in U.S. custody and killing other Iraqi civilians. He was acquitted of those charges, but was convicted in July of posing with the corpse of an ISIS prisoner.

In a scathing letter of resignation released on Monday, Spencer, who was born in Waterbury and whose father worked at Electric Boat, said he had been given an order that he could not in “good conscience obey.”

Spencer’s letter of resignation also said, “Unfortunately, it has become apparent… I no longer share the same understanding with the Commander in Chief who appointed me, in regards to the key principle of good order and discipline.”

“His resignation, like former Defense Secretary James Mattis’s resignation a year ago, was an act of conscience that should give pause to all Americans to consider the point he was making,” said Courtney, who is the chairman of the House Armed Services sea power subcommittee. “As his letter stated, it was about his deeply held belief to uphold ‘the principle of order and discipline’ that he saw as critical to protecting the lives of sailors, marines and department civilians.”

Courtney also said he is “deeply troubled by this episode, which raises serious concerns about the ability for our military leadership to manage their forces and hold those that serve our nation to the highest standards without outside interference or political meddling. “

“Congress, our men and women in uniform and the American people deserve more explanation about what has transpired here,” he said.

Courtney said he does not expect the next big Navy contract for Electric Boat, for Block V of Virginia-class submarine program, to be delayed by Spencer’s resignation. That contract is expected to be finalized at the beginning of December. 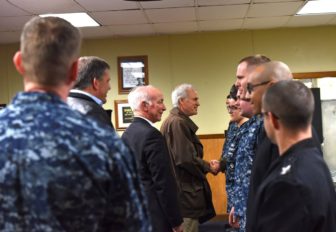 Navy Secretary Richard Spencer greets servicemen and women during his visit to Electric Boat last year. Behind him is Rep. Joe Courtney

But he said Spencer, who visited Electric Boat as head of the Navy, had a good understanding of the submarine program and EB’s operations. During the visit, Courtney said, Spencer spoke of providing  Electric Boat with more Navy repair work. After Spencer’s trip to Connecticut, the Navy approved a contract for the shipyard to repair the USS Indiana.

Courtney said he spoke with Spencer Monday morning, and is convinced the Navy chief’s actions were “not about politics and they weren’t self-serving.”

Courtney also said Spencer’s behavior “stands as yet another example of national security leaders standing up to questionable direction under this administration.”

Members of the National Security Council and the State Department testified before the House Intelligence Committee in the Trump impeachment inquiry last week.

Although Spencer’s letter indicated he was fired because of the Gallagher affair, the Pentagon said it sought Spencer’s resignation because he went outside his chain of command by proposing a  “secret agreement with the White House.” That agreement proposed Gallagher be allowed to retire as a Navy SEAL if the White House did not interfere with a review board convened to determine his fitness to stay in the elite force.

Trump said Spencer was fired because of the way Gallagher was treated and because of unspecified “cost overruns,” which he blamed on the Obama administration.

Trump has also interfered in two other cases of military discipline, issuing pardons to Army Maj. Mathew L. Golsteyn, who is accused of killing an unarmed man in Afghanistan in 2010, and 1st Lt. Clint Lorance, who was convicted of murder in 2013 and sentenced to 19 years in prison.

Their cases, and that of Gallagher’s, have been championed by conservative lawmakers and talk show hosts as an overreaction to the chaos and confusion of wartime decisions.