Hospitals to receive $1.8 B to settle provider tax lawsuit against CT 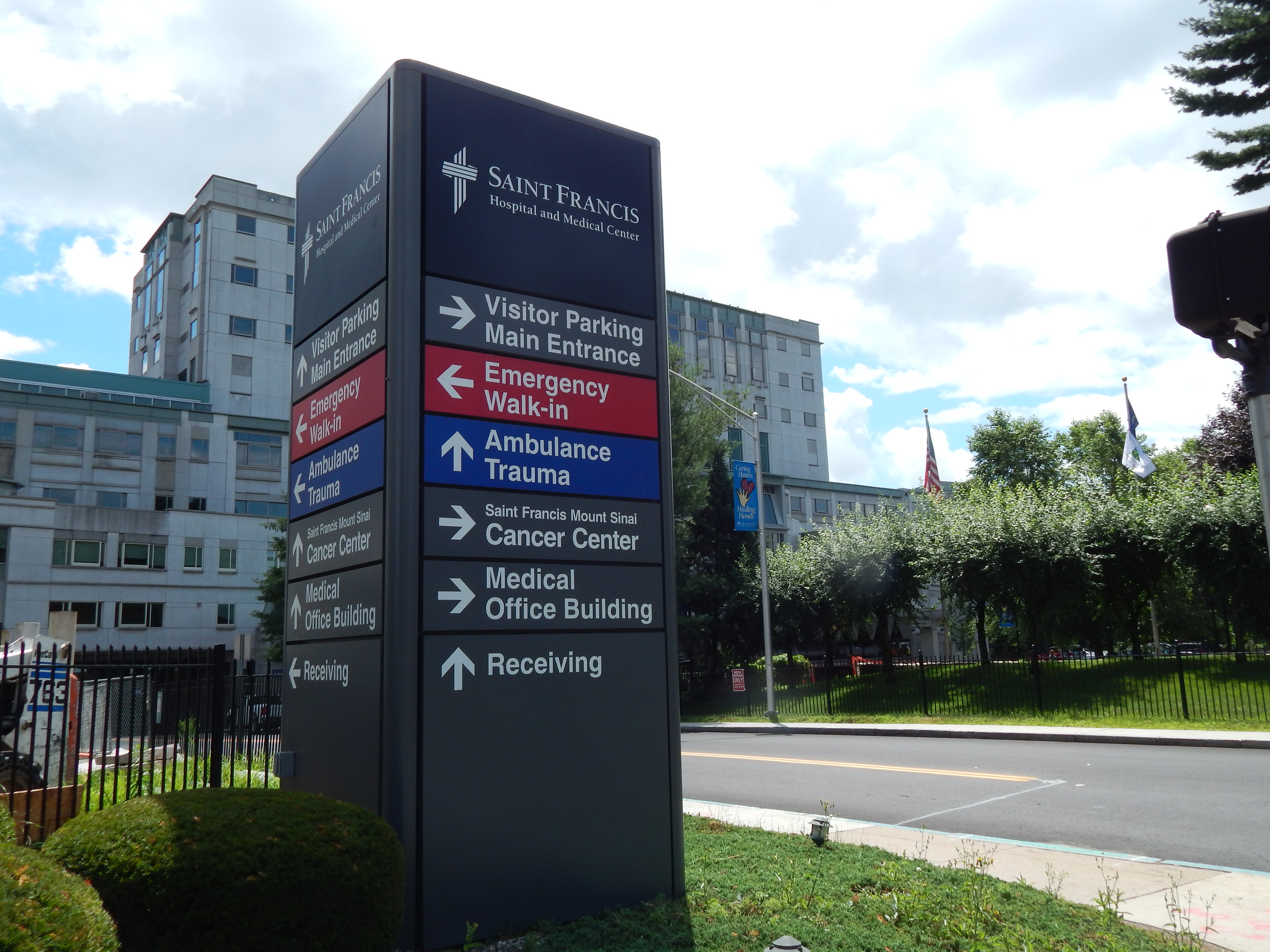 St. Francis Hospital and Medical Center in Hartford, one of the acute care hospitals in Connecticut impacted by the state’s provider tax.

Connecticut hospitals will receive $1.8 billion in state and federal funds between now and 2026 to resolve a lawsuit that could have cost the state as much as $4 billion, according to details released Thursday by Gov. Ned Lamont.

The agreement includes a one-time payment of $79 million to the industry, along with steadily declining taxes on hospitals — and increasing state payments to facilities — between now and 2026.

Medicaid rates for inpatient and outpatient services hospitals provide to the poor will rise annually by 2% or more over the next seven years.

Federal funds, provided to the state as Medicaid reimbursements, will cover 52% of settlement costs.

The deal also includes special provisions to protect both sides. Connecticut agrees to freeze all tax rates on hospitals through 2026. And should the federal government change Medicaid rules, Connecticut can terminate the settlement if the state’s overall costs rise by more than $100 million.

“This agreement represents a new chapter in the state’s relationship with its hospitals,” said Lamont, who announced a tentative settlement with hospitals had been negotiated last May. “This historic agreement will reduce our state’s potential exposure to billions of dollars in liability and removes that uncertainty for years to come. It is my hope that we can continue down this path to work with our hospitals and providers to increase the quality of care while simultaneously addressing the cost of that care.”

“This agreement represents a new chapter in the state’s relationship with its hospitals.”

Jennifer Jackson, CEO of the Connecticut Hospital Association, said in a statement: “This agreement is a win for patients, hospitals, and the state. Governor Lamont has paved the way for a new, collaborative relationship in which we are working together to provide patients with quality healthcare and strengthen Connecticut’s economy.”

The state now stands on the cusp of closing a four-year legal battle with its hospital industry, a fight centered on the controversial provider tax that was expanded to include hospitals in 2011. The industry recently ratified the agreement, which now heads to the legislature for final action.

House Majority Leader Matt Ritter, D-Hartford, who also praised the deal, said legislative leaders hope to schedule a special session for later in December or in January, adding that he anticipates overwhelming bipartisan support for ratification. 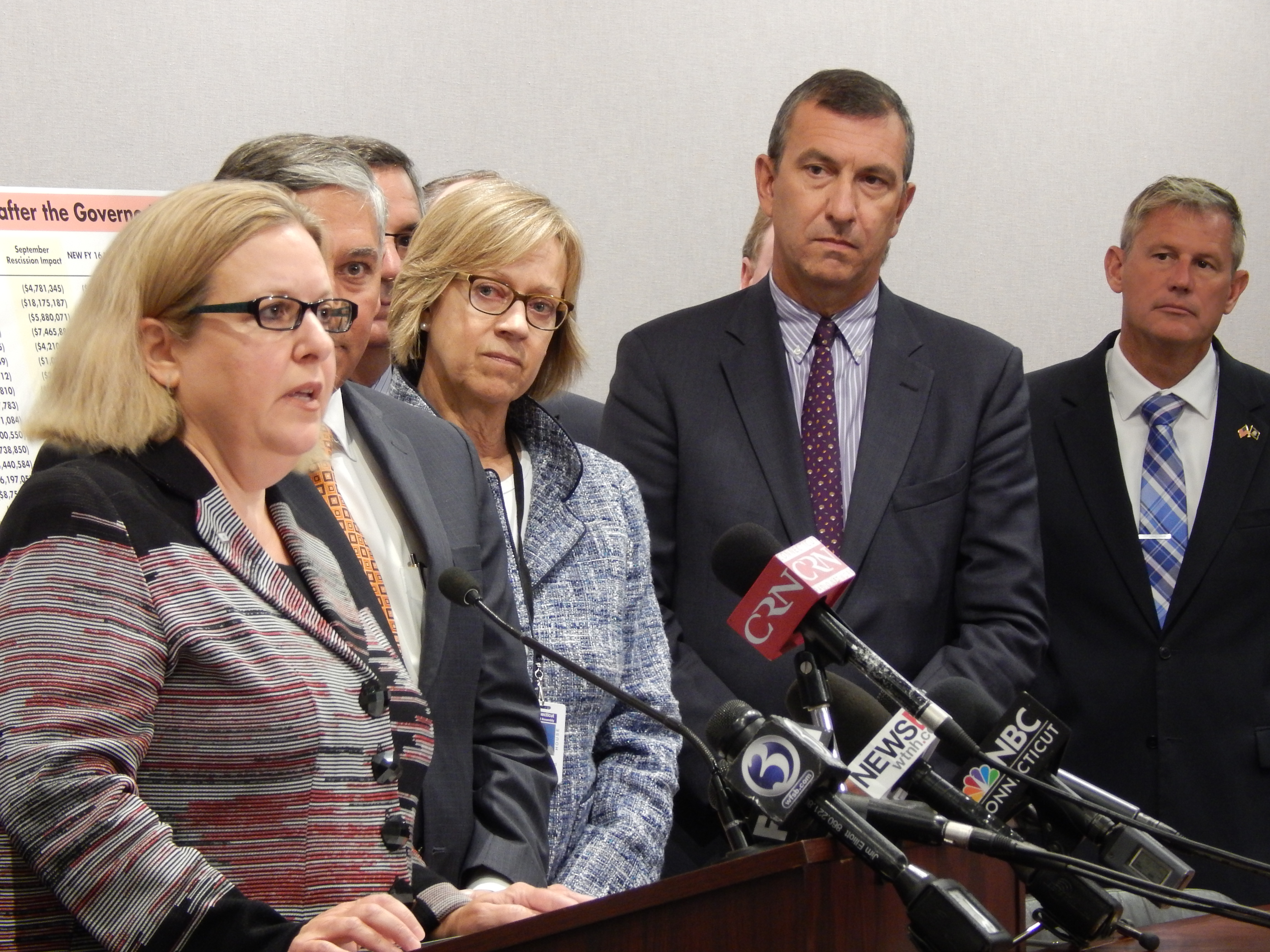 Connecticut Hospital Association CEO Jennifer Jackson and Republican legislators during a 2015 press conference. CHA has lobbied  hard against the hospital tax, at the insistence of its members, since the state reneged on the original agreement.

“This was a potentially huge exposure for the state,” Ritter said. “Hospitals are terrific job creators for the state of Connecticut and we want to make sure we have a hospital industry that is thriving.”

The lawsuit, filed in 2015, accuses Connecticut of abusing the provider tax imposed on hospitals by the 2011 General Assembly and by then-Gov. Dannel P. Malloy.

“This was a potentially huge exposure for the state.”

But things began eroding almost immediately in Connecticut. As state government struggled with budget deficits between 2013 and 2017, the tax grew while the payments back to the industry shrank — despite an increase in the federal reimbursement rate.

By 2017, hospitals were paying $514 million to the state and getting a collective $78 million in return. And last year, under a new agreement, they paid $900 million and received back about $493 million.

Hospitals filed suit in 2015, charging Connecticut had abused this process.

Under the settlement announced Thursday, the provider tax falls to $890 million immediately, and drops modestly each year until 2026, when it reaches $820 million.

Simultaneously, supplemental payments sent back to hospitals will rise to $548 million this year, to $586 million by 2022, and then remain at that level through 2026.

Hospitals also would receive $79 million in refunds and other one-time payments from the state. These will be paid out from last fiscal year’s state budget surplus.

The state also will increase Medicaid rates for inpatient services provided to uninsured and under-insured patients by 2% annually through 2026, and by 2.2% each year for outpatient services to these groups.

The state projects these increases will cost about $180 million this fiscal year, and that cost will rise steadily to about $375 million by 2026.

Because most of these payments are made through the Medicaid program, though, Connecticut would be reimbursed for slightly more than half of the costs by the federal government. That means the agreement also must be approved by the U.S. Centers for Medicare and Medicaid Services.

The projected overall cost of the deal to the state is about $872 million, with the federal share being $963 million.

Just as the hospitals built contingency language into the deal to ensure Connecticut couldn’t order new taxes on facilities over the next seven years, the Lamont administration also insisted upon key safeguards that specifically guard against any radical changes to Medicaid by the federal government.

For example, what happens if a Supreme Court ruling were to radically alter the Affordable Care Act? Or what if a recession coupled with federal budget woes leads Congress to curtail Medicaid funding for states?

If federal Medicaid payments drop to Connecticut in such a fashion that the deal costs the state more than $100 million in additional funds, the state could terminate the agreement.

7 thoughts on “Hospitals to receive $1.8 B to settle provider tax lawsuit against CT”