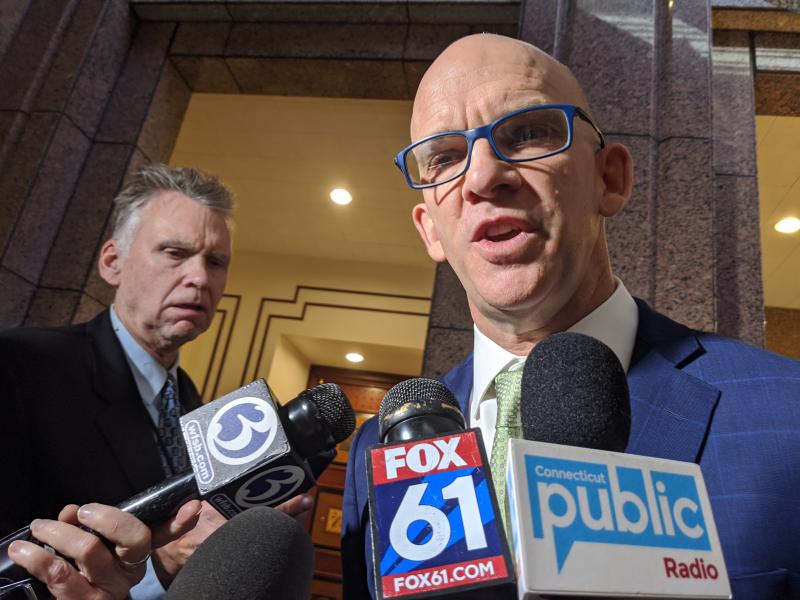 Eric Chester, a spokesperson for the Connecticut AFL-CIO, which oversees the United Labor Agency, said the organization has put $103,712 back into the Sandy Hook Workers Assistance Program.

A state audit requested by a leading Republican in the state legislature revealed that funds meant to support workers present at the Sandy Hook Elementary School shooting were not used appropriately.

The money is supposed to help persons affected by the killing of 6 adults and 20 children at the school on Dec. 14, 2012. That includes first responders, teachers, and school support staff.

An audit was performed on behalf of House Minority Leader Themis Klarides (R-Derby) and it found that the organization called the United Labor Agency that administered the Sandy Hook Workers Assistance Fund must’ve spent the money meant for workers in another place.

The ULA is overseen by a labor organization called the AFL-CIO. That group says it’s replaced the missing money – $103,712.

But that’s not satisfying Klarides, who took a shot at the group by bringing up an infamous Ponzi schemer.

“I don’t think Bernie Madoff had the opportunity to say ‘I’ll put the money back,” Klarides said.

Attorney Eric Chester, a spokesperson for the ULA and AFL-CIO, believes that leadership within the two organizations did what they could once they became aware of the spending issue.

“As soon as the board of the ULA became aware of the audit, it took immediate action to correct the matter,” Chester said. “We will continue to examine the audit and look for ways to ensure that the fund is used to assist those workers who need it.”

He said it’s not known exactly what happened to the money, but that an investigation into how it was spent is underway. He said the ULA is taking steps to make sure this doesn’t happen again, like keeping the SHWAP money separate from the ULA charity budget from now on.

The SHWAP fund was created by Connecticut lawmakers in 2013 in Special No. 13-1 and law required the state judicial branch’s Office of Victim Services to administer the program. On August 31,2015, the ULA was tapped by OVS to oversee the account that had over $115,827 in it. Auditors noticed that by June 30, 2018, a balance of $16,088 had remained and with money being depleted from the account, only $6,323 went to the people that needed it.

“It’s ghastly to think about what was done and whom this money was taken from, but the money was taken – without the intention of being caught— from people who had donated charitably to the healing of a profoundly impacted community,” said State Rep. Mitch Bolinsky (R-Newtown).

Bolinsky was the one who alerted Klarides about a possible co-mingling of funds. He said it all started when two police officers sought money to cover expenses related to treatment for Post-Tramautic Stress Disorder. The officers say, according to Bolinsky, that their requests were denied and that they weren’t given any reason for it. An executive director of an organization looking out for these officers then allegedly found out about the state of the SHWAP balance and reported it to Bolinsky.

Chester dismissed those claims, saying that according to the auditor’s report, everyone who applied for the money over ULA’s time in charge of the account that was eligible was accepted.

No action has been taken against anyone involved with overseeing the SHWAP money – Chester said that won’t happen until the investigation is complete.

It’s not clear yet whether the Republican lawmakers will pursue a criminal investigation into the ULA’s handling of the fund.